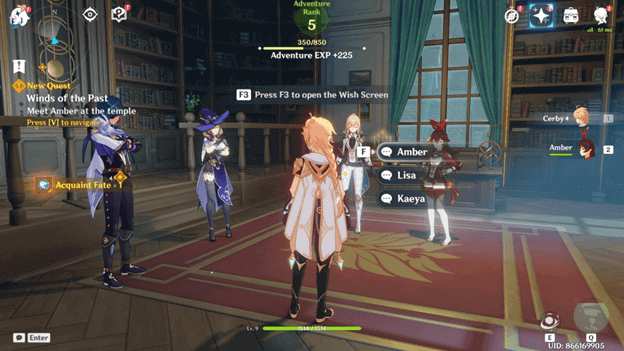 Winds of the Past quest is one of the quests near the end of the Prologue: Act 1 – The Outlander Who Caught the Wind, which sets you out to destroy one of Stormterror’s Crystals.

During this quest, you will be headed towards the Temple of the Falcon.

How To Get Winds of the Past Quest?

You will get the Winds of the Past quest once along with the Crash Course and Sparks of the Pages quests, which are obtained after finishing a quest called Knights of the Favonius.

Winds of the Past Quest Objectives 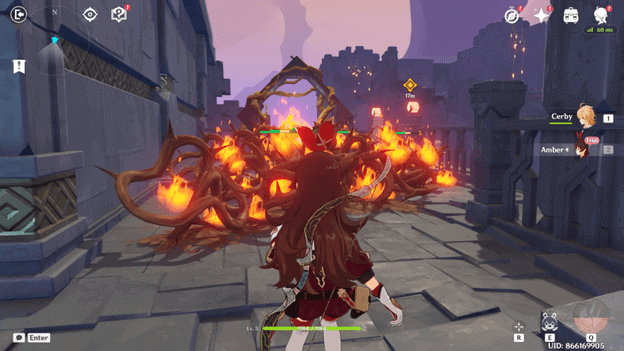 1) Meet Amber at the Temple

When you leave at Mondstadt through the entrance, head towards the waypoint until you meet up with Amber who is waiting for you.

Talk to her and she will tell you that it is one of the deserted Temples of the Four Winds, mentioning that even Stromterror has given up on its own.

Talk to Amber once more and she will talk about the Temple of the Falcon, which you will need to enter to find Stormterror’s Crystal.

After speaking with Amber, approach the temple and enter it so you can begin your way inside to find Stormterror’s Crystal.

Once you are in the Temple, follow the waypoint that will lead you to the Dragon’s Breath so you can destroy it.

While inside the Temple, you will need to use Amber at certain points to remove Dendro Vines that may be blocking the way with her Pyro attacks.

Along the way there will also be an area which requires you use Amber to activate the wind in the area to glide past a gap.

After gliding to the next room, you will see Stormterror’s Crystal which you can now destroy and exit the temple afterward to finish the quest.

Winds of the Past Rewards

After you have completed the Winds of the Past quest, you will receive Character EXP, Adventure EXP, and Mora as well as additional rewards. 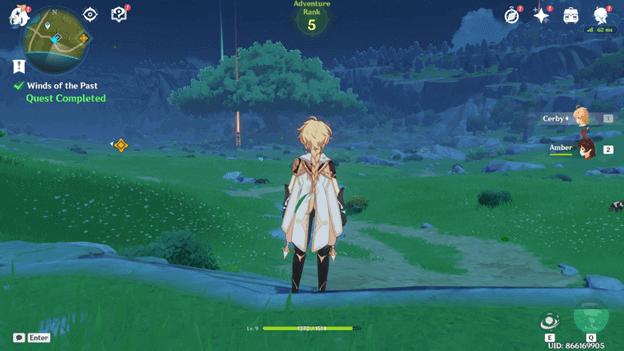 With the help from Amber, have successfully explored the Temple of the Falcon and destroyed one of Stormterror’s Crystals..

Once the crystal in the Temple of the Falcon is destroyed, you will need to head off and find the other two which are done during the Crash Course and Sparks of the Pages quests.

With heavy hopes, destroying all 3 of the crystals will help in putting a stop to the terror that has put Mondstadt in a bad situation.