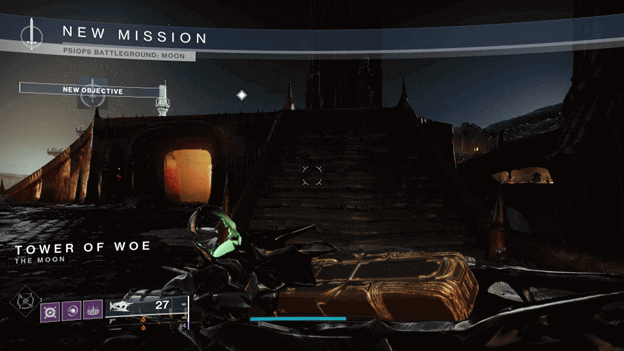 A portal between Savathun’s throne world and the Scarlet Keep has been opened by the Lucent Hive which will mean chaos if they are not stopped.

This can lead to a full-scale invasion of Earth and possibly the downfall of the Vanguard in what may be only a matter of time.

It is up to you to head to the Scarlet Keep to break up the portal ritual to prevent the Lucent Hive from continuing with their plans.

How To Get PsiOps Battleground Moon?

You can locate the PsiOps Battleground Moon mission by heading to the destinations tab and selecting Moon. 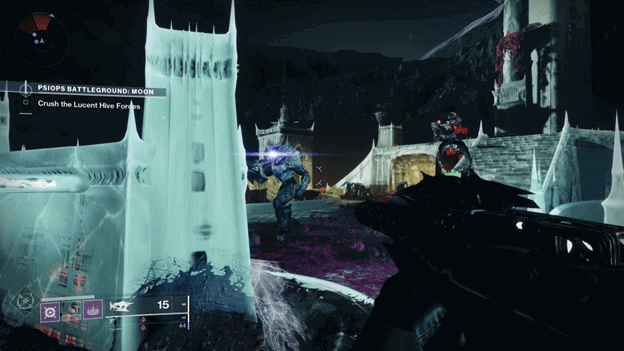 As you are deployed, you will find yourself in the Tower of Woe and will need to find a way to prevent the ritual of opening up the portal.

Continue making your way toward the waypoint which will lead you to a large group of Lucent Hive forces in the area.

Before you can proceed, you will need to take out all of the enemies in the area, which also includes Lightbearer enemies.

Lightbearer enemies will have Ghosts that you must destroy to fully defeat them and can pose quite a threat when not careful.

After you have cleared out the enemies in the area, you will need to continue making your way toward the ritual area.

Once you reach the Scarlet Keep, you will need to enter the ritual chamber which will be a straight path ahead, marked by a waypoint. 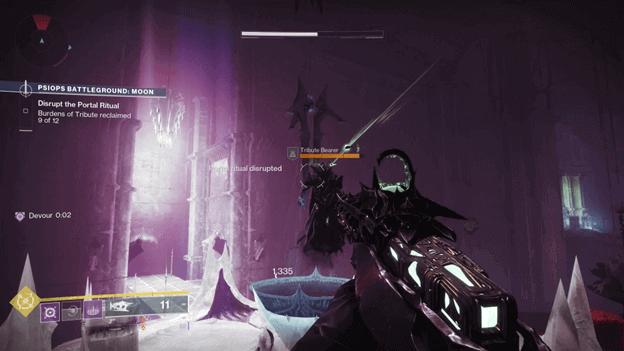 As you enter the Ritual Chamber, the ritual will already have begun, and you will need to stop it by obtaining Burdens of Tribute.

To do so, you will need to defeat the enemies in the area and take out the Ritual Bearers, who will drop Burdens of Tribute.

Once you have collected a Burden of Tribute, you will need to bring them to the marked areas to deposit them to prevent the ritual.

A total of 12 Burdens of Tribute need to be reclaimed before the ritual can be prevented.

There will be a nearby portal where Korosek, Thronebringer will be appearing, who you will need to weaken for Caitl’s forces to subdue.

Korosek can be damaged until one of his health bars is depleted and afterward, Caitl’s Psions will enter the area and subdue her.

Once Korosek has been subdued, a Mindscape will open up and you will be teleported within after a few moments.

As you reach your destination, you will need to approach the object marked by a waypoint and interact with it to engage the Mindscape.

You will need to battle with Korosek until you deplete one of her health bars, which will cause her to become invulnerable.

During her period of invulnerability, Aspects of Savathun will appear and you will need to grab a nearby Synaptic Spear.

You will only be able to damage the Aspects of Savathun with the Synaptic Spear and once this has been done, Korosek will appear once more.

This needs to be repeated until you have depleted all Korosek’s health bars.

10) Return to the Material Plane

After you have secured Korosek, you will be teleported back to the material plane where Korosek will now be helpless and in the hands of the Psions.

After you return, there will be a chest nearby that you will need to interact with to get the rewards for completing the mission.

Completing the PsiOps Battleground Moon mission will reward you with Glimmer and the possibility of multiple Legendary gear. 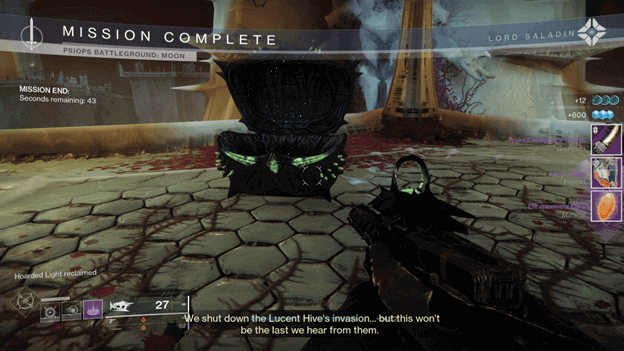 After the Lucent Hive has attempted to make a connection using a portal to Savathun’s throne world, you were able to stop them just in time.

Now that the Portal Ritual has been disrupted and Korosek has been subdued, their plans which can lead to a full-scale invasion are no longer possible.

This may seem like a good start but no one is certain what other Lucent Hive plans there will be in the future to foil.