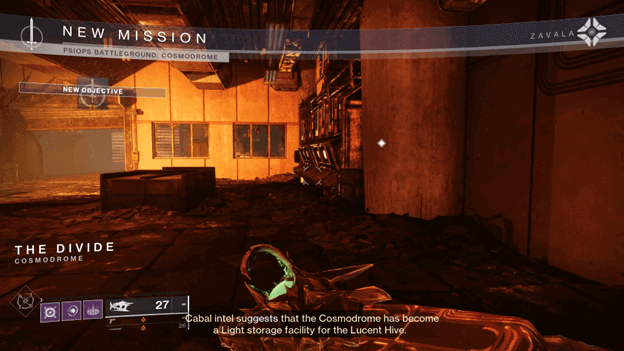 Thanks to Cabal intel, it has been suggested that the Cosmodrome has become a Light storage facility for the Lucent Hive, who have been stealing the Light from Guardians.

The Crow believes that they may be attempting to create Light batteries, which will be a big problem for Vanguard later.

You are tasked with finding their stronghold and breaching it to put a stop to whatever it is that the Lucent Hive has planned.

How To Get PsiOps Battleground Cosmodrome?

You can locate the PsiOps Battleground Cosmodrome mission by heading to the destinations tab and selecting Cosmodrome. 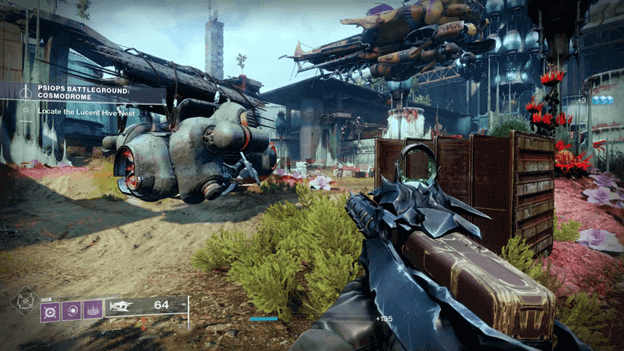 You will arrive at The Divide and will need to make your way outside of a facility that you are currently in as you search for the Lucent Hive’s nest.

As you exit the facility, you will find the area surrounded by Fallen enemies as they are hauling Lucent Remains from the area.

Before you can attempt to take over their haul, you will need to clear out the Fallen scavengers that are in the area.

Once you have defeated all the Fallen Scavengers, you will be able to start escorting their haul to the Lucent Hive’s nest.

After you have cleared out the Fallen scavengers, you will be able to start escorting the Lucent Remains that they have collected.

This will allow you to later open up the way inside, which will then provide you with a way to breach their nest.

To get the Lucent Remains haul moving, you will need to stay close to it or else it will not proceed on its path toward the Lucent Hive nest.

The Fallen scavengers will know about what you have done by now and will attempt to retake their haul, requiring that you defeat them before you can proceed. 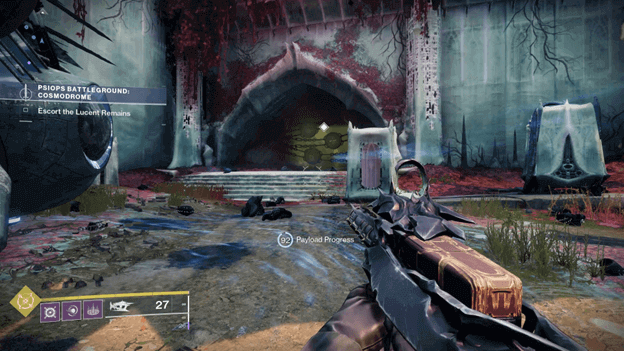 Once you have dealt with the Fallen scavengers, you can continue escorting the Lucent Remains by staying close to them again.

Enemies will continue to spawn as the Lucent Remains continue along its path and will attempt to stop you from reaching your destination.

Upon reaching the entrance to the Lucent Hive nest, there will be Hive enemies that appear and you will need to clear them out.

With the Hive enemies now dealt with, you will be able to continue escorting the Lucent Remains once more until it unlocks the path ahead.

Proceed to make your way through the entrance until you find yourself inside the Lucent Hive’s nest where you will then be met with enemies.

Defeating a Hive Purifier will cause them to drop Captured Light which you need to collect to dispel later on.

The location of Uul’nath, Lightcleanser will be revealed after you have dispelled the Captured Light and you will need to follow the waypoint leading to him. 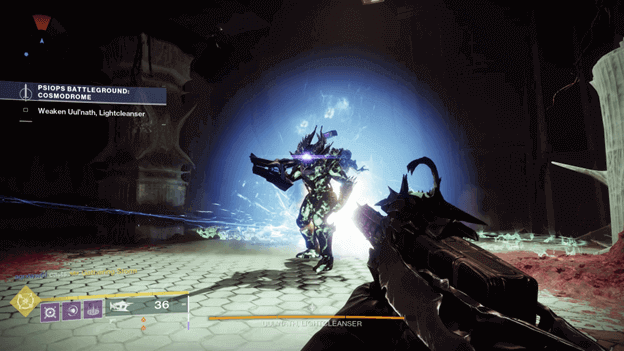 By the time you arrive at Uul’nath’s location, he will already be waiting and you will need to attack him to reduce one of his health bars.

After depleting one of Uul’nath’s health bars, there will be two Imperial Optus that appear, and they will disable Uul’nath and open a Mindscape.

Caiatl’s Psions will have contained Uul’nath and you will be able to further infiltrate the Mindscape to sever the Hive’s connection to the Light.

You will first need to approach the marked area and interact with it to “Engage the Mindscape” which will commence the severing.

After engaging the Mindscape, Uul’nath will appear and you will need to fight him off but he will disappear after you deplete one of his health bars.

Aspects of Savathun will appear and you will need to grab a Synaptic Spear (which is marked by a waypoint) to damage them.

Once you have destroyed the Aspects of Savathun, you will be able to continue fighting Uul’nath Lightcleanser.

These two steps need to be repeated for each of Uul’nath’s health bars and once you have depleted all of his health, you may destroy his Ghost.

15) Return to the Material Plane

Once you are finished within the Mindscape, you will be brought back to the material plane and a chest will appear.

Head over to the chest that has appeared to claim your rewards and shortly after, the mission will come to an end.

Completing the PsiOps Battleground Cosmodrome mission will reward you with Glimmer and a piece of Legendary gear. 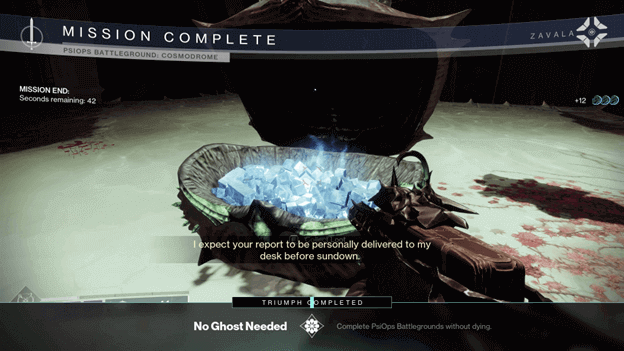 You have successfully infiltrated the Hive Nest and put a stop to the Lucent Hive’s plans, severing their connection to the Light in the process.

Uul’nath has been weakened and subdued, which will prevent him from carrying out any more plans that the Lucent Hive tasked him with.

While Uul’nath, Lightcleanser has been defeated, it is unsure whether the Lucent Hive may have more planned out for the future.