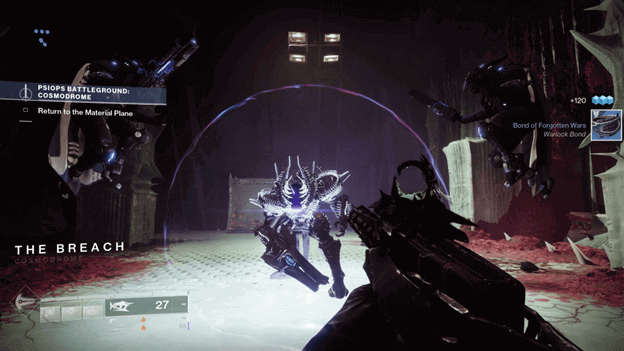 PsiOps Missions are activities that put you up against some of the Lucent Hive’s highest-ranking enemies.

During these missions, you will be commencing Psionic Warfare against the Lucent Hive, making an attempt to subdue their powerful leaders.

With the help of these missions, the Vanguard’s coalition with the Cabal can lead to more answers as well as rewards.

What are PsiOps Battlegrounds Missions?

PsiOps Missions are either specific missions that can be found in their specific destination or through the PsiOps Battlegrounds playlist in the H.E.L.M.

These allow you to capture enemies through Psionic Warfare and provide you with rewards at the end (especially if you do playlist activities) to get more gear and other rewards.

At the end of PsiOps Battlegrounds playlists missions, you will be able to decode a Runic Chest, provided you have Psychogenic Intel.

There are a total of 3 different PsiOps missions that can be played, each of them having a recommended Power Level of 1400 if done from the playlist at the H.E.L.M.

Doing these missions separately by accessing their destinations will recommend a Power Level of 1350 but will not yield a Runic Chest at the end.

How To Unlock PsiOps Battlegrounds Missions?

PsiOps Battlegrounds missions were introduced during the Season of the Risen and are now available for those who wish to continue playing them.

To collect the Psychogenic Intel for the Runic Chests at the end, players will simply need to reacquire the Legacy: Synaptic Spear at the War Table in the H.E.L.M.

How To Do PsiOps Battlegrounds Missions? 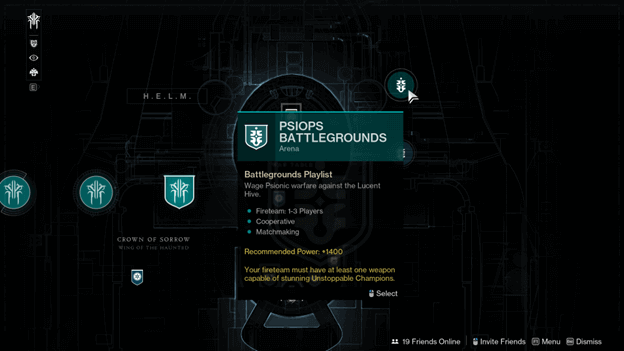 You can participate in PsiOps Battlegrounds missions by starting them at the H.E.L.M. which will allow you to play a random mission from the Playlist.

The missions from the playlist will reward you with an additional chest at the end which can be opened up using 500 Psychogenic Intel.

Playing the missions from their respective destinations will not yield a Runic Chest at the end but will still have rewards. 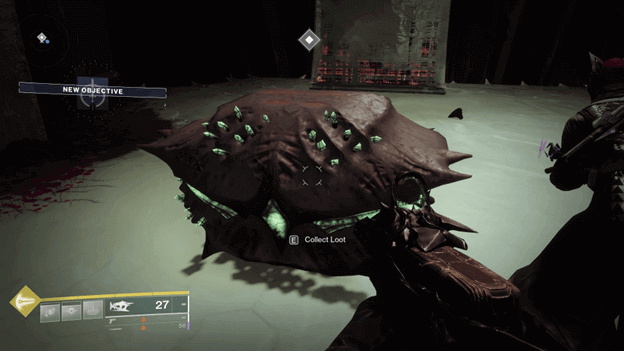 For those who play on either the Battlegrounds Playlists or missions from their destinations, there will always be a reward chest at the end.

This will provide you with Glimmer and some Legendary gear that comes from a random drop table with the chance of providing more than one piece of gear. 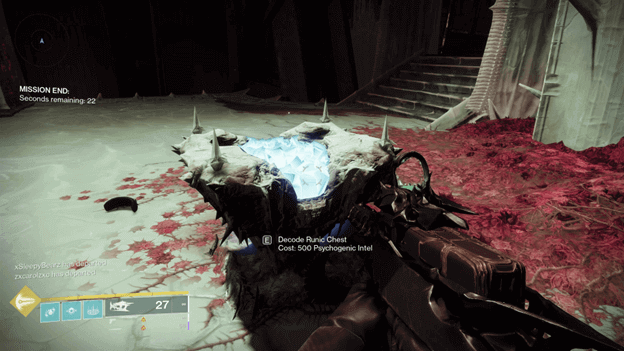 Decoding a Runic Chest costs 500 Pyschogenic Intel and will reward you with a piece of Legendary gear from Season of the Risen as well as Risen Umbral Energy.

Certain upgrades in the War Table may make the rewards better for players who focus on this activity.