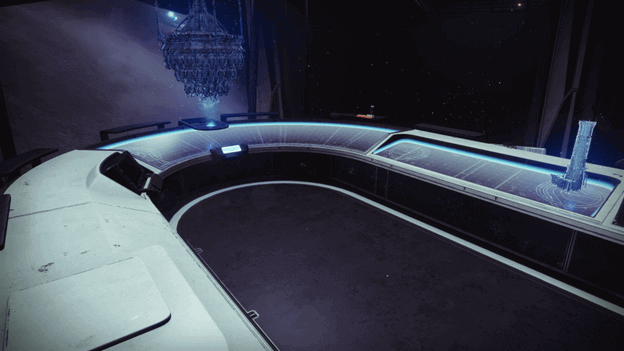 You may find the War Table in the new and improved H.E.L.M., where you can continue with focusing Season of the Risen gear and making upgrades.

The War Table continuously provides players with the option of gaining rewards for the completion of Season of the Risen’s PsiOps Battleground Playlist missions. 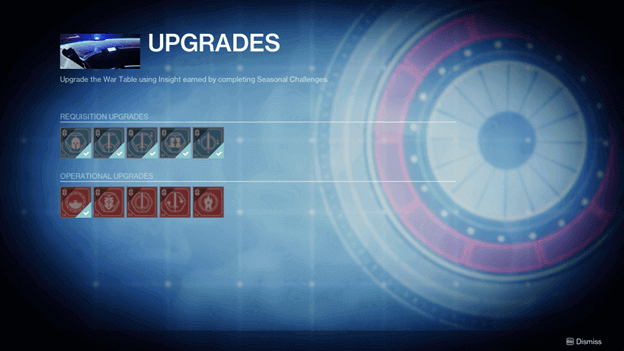 The War Table can be upgraded to provide certain bonuses that are mainly attributed to PsiOps operations, Psychogenic Intel, and Risen Umbral Energy.

Upgrades for the War Table require Insight, which can be obtained by completing weekly challenges from Season of the Risen. (These are still available even if the season has ended)

The following are the upgrades available at the War Table: 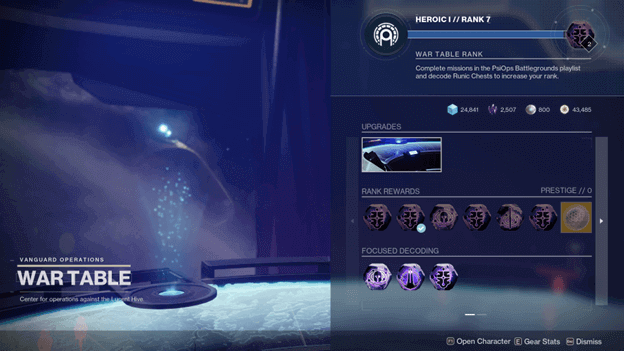 Increasing your reputation with the War Table will allow you to obtain rank rewards depending on what rank you reach.

The ranks for the War Table are reset at the end of each season and you will be able to start over with earning rewards.

The following are the rank rewards in the War Table:

Season of The Risen Focused Decoding 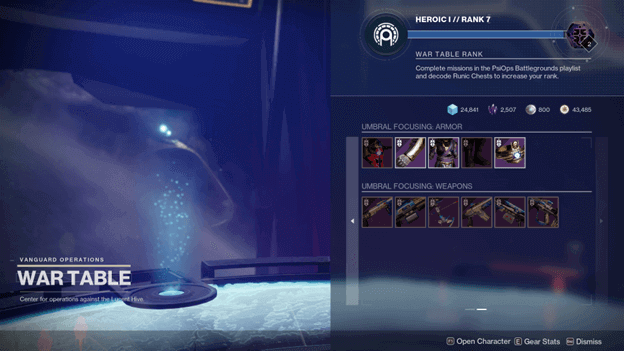 While Season of the Risen is not an active season anymore, its rewards can still be obtained and you can focus Legendary gear with Umbral Risen Energy.

You may reset your rank back to 1 by obtaining the Rank 16 reward which unlocks more rewards you can obtain by your War Table reputation.