Psychogenic Intel is a material that was introduced during the Season of the Risen and is an important part of PsiOps missions.

These are necessary to decode Runic Chests which are available after the completion of a PsiOps Battlegrounds activity.

Having a good stock of Psychogenic Intel will allow you to obtain rewards now and then when you decide to participate in them.

Where to Get Psychogenic Intel?

You can obtain Psychogenic Intel in almost any area as these require you to complete activities or Throneworld campaign missions.

Provided that you have the Legacy: Synaptic Spear, you will be able to farm Psychogenic Intel by simply playing through the game.

How to Get Psychogenic Intel?

Since the Synaptic Spear was from Season of the Risen, you will need to head over to the War Table to re-obtain it.

Once you have the Legacy: Synaptic Spear, doing activities anywhere will reward you with Psychogenic Intel at any destination.

Another way for you to get Psychogenic Intel will be to do Throne World campaign missions, which will provide a substantial amount. 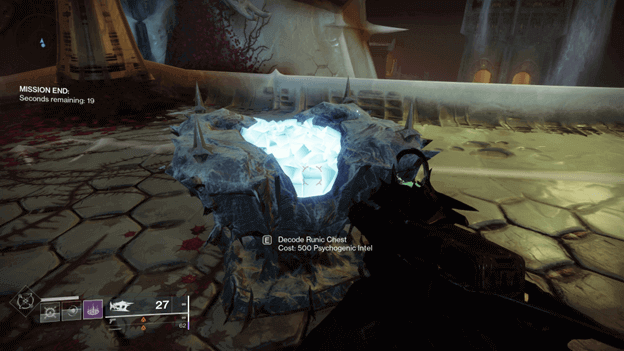 Psychogenic Intel is used to decode Runic Chests at the end of a PsiOps Battleground Playlists mission, which allows you to get extra rewards.

It will cost 500 Psychogenic Intel each time you will decode a Runic Chest, which is consumed immediately once you open it.

Runic Chests will reward you with Risen Umbral Energy engrams as well as a piece of Legendary gear from the Season of the Risen.

The Umbral Risen Energy can be used later on when you wish to Focus Legendary gear from the Season of the Risen at the War Table.

What is the Psychogenic Intel Carry Limit?

The max quantity of Psychogenic Intel limits you to carrying only 2,000 at a time and afterward, you will not be able to obtain any.

Once your Psychogenic Intel is below 2,000, you will be able to obtain more, and you should use them to decode chests before attempting to do so.