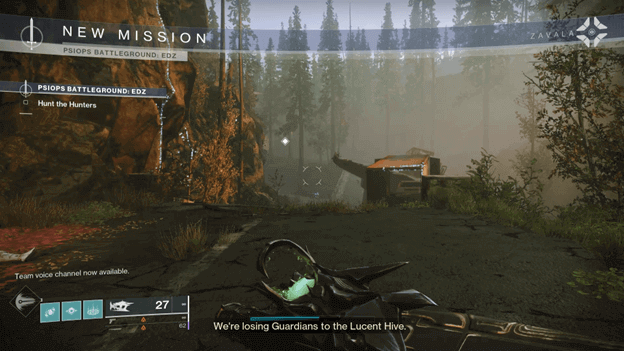 It appears that some Guardians have been recently disappearing and the Lucent Hive is known to be behind this.

You have been tasked to investigate the disappearances and find the Lucent Hive that is responsible for what has happened to the Guardians.

During this mission, you will need to fight through the Lucent Hive hunting parties and find their leader, Mor’ak, Lighstealer.

How To Get PsiOps Battleground EDZ?

You can locate the PsiOps Battleground EDZ mission by heading to the destinations tab and selecting EDZ. 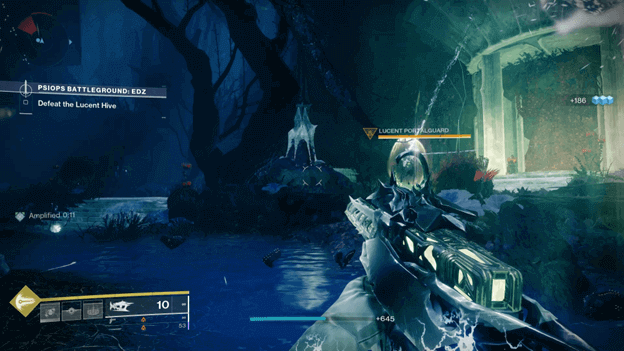 The Lucent Hive hunters have been traced back to a certain location in the EDZ and you will need to track them down.

Head towards the waypoint once you are deployed and you will find their hunting party nearby, which you will need to defeat.

As you start attacking the Lucent Hive in the area, more will begin to appear, and you will need to clear out the area until no enemies are left.

The rest of the hunting party will have left the area and you will need to track them down before they can escape continuing their plans.

You will need to follow the waypoint to the next location which will lead you to a portal that teleports you to the Dark Forest.

The Dark Forest will be crawling with Lucent Hive enemies, and you will need to fight through them and defeat a Lucent Hive Portalguard. 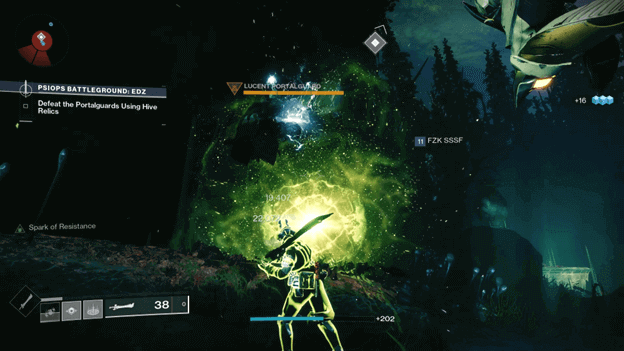 The Lucent Hive Portalguard will have a barrier that makes them invulnerable which can only be destroyed using a Relic weapon.

You can obtain the Relic weapon (pickups) from Lucent Reliquists which will usually be nearby the area where the Lucent Portalguards are.

You will encounter the first Portalguard nearby once you enter the Dark Forest and once defeated, a portal will open which you need to enter.

Portalguards will have Ghosts that you need to destroy to open up the portals.

Once the portal has been opened, you will need to enter it to reach the next area, which will require similar steps to proceed.

The next area will seem like abandoned train tracks which you will need to follow to the end to reach another Portalguard.

As you progress, you will encounter more Lucent Hive enemies and will need to defeat them before the Lucent Reliquist will appear.

Once you have defeated the Lucent Reliquist, you will need to take its Relic and use this to defeat the Portalguard nearby, opening up another portal that you have to enter.

As the next portal opens up, head inside and you will be brought to the next area where the last Portalguard will be found.

More enemies will arrive once you approach the Portalguard’s location, including stronger enemies such as Ogres.

You will need to fight off the enemies until the Lucent Reliquist appears to defeat it and take its Relic to defeat the Portalguard.

Head into the last portal and you will find Mor’ak, Lightstealer, who you will need to damage to allow the Cabal Psions to subdue. 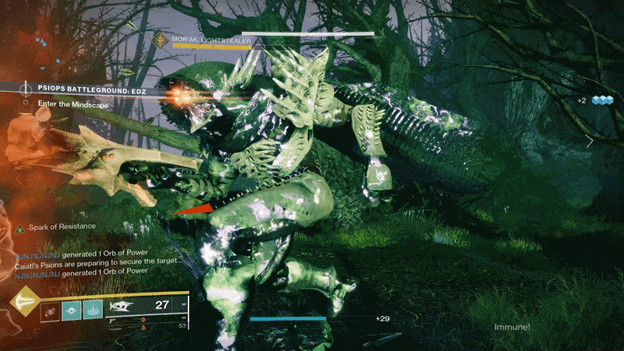 You will need to damage Mor’ak, Lightstealer until one of his health bars has been depleted, allowing the Psions to come in and capture him.

Once Mor’ak has been subdued, you will automatically be teleported into the Mindscape where you will need to complete the connection.

As you reach your destination, you will need to approach the object marked by a waypoint and interact with it to engage the Mindscape.

Mor’ak will appear and begin to attack you, which will require you to fight off the enemies that are with him and deplete his health bars.

When Mor’aks is gone, you will need to focus on the Aspects of Savathun, which can be defeated only using the Synaptic Spear.

You will need to pick up the Synaptic Spear which is marked by a waypoint and defeat any Aspects of Savathun that are attacking.

This needs to be repeated until you have depleted all Mor’ak’s health bars.

16) Return to the Material Plane

After you have secured Mor’ak, you will be teleported back to where he is already captured, and the mission will be near its end.

Once you have returned from the Mindscape, there will be a chest nearby and you will need to collect your rewards which will end the mission.

Completing the PsiOps Battleground EDZ mission will reward you with Glimmer and the possibility of Legendary gear. 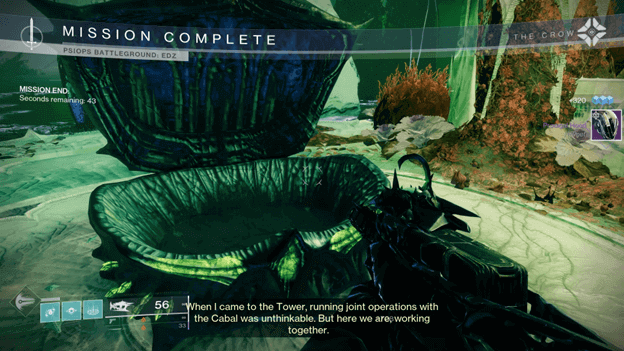 You have successfully captured Mor’aks with the help of Caiatl’s Psions, which will later help find more information on the whereabouts of the other Guardians.

While the Lucent Hive has kidnapped several Guardians to take their Light, subduing Mor’aks was a good step in putting a stop to this.

Although it is unsure whether more Lucent Hive hunting parties are out there, taking down one is a good first step in preventing more Guardians from missing.