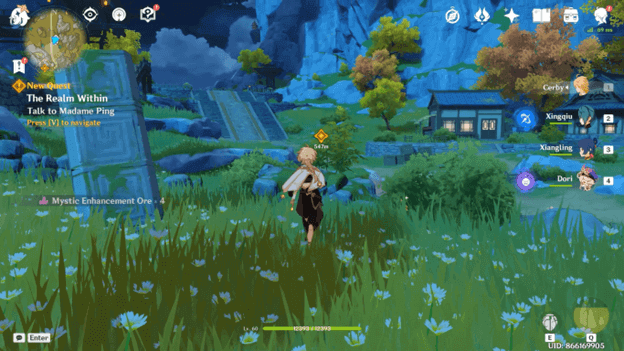 After Zhongli identifies the preferred scent for the Rite of Parting, he sends you to the Yujing Terrace to seek out his old friend named Madame Ping.

Zhongli needs you to borrow a Cleansing Bell from Madame Ping but things won’t be as easy as just asking for it.

While the Cleansing Bell is a simple item, the location of where you will find it can be quite a surprise and later, something worth enjoying.

How To Get The Realm Within?

The Realm Within is the continuation of your participation in the Rite of Passing and is obtained after you have completed Three Poignant Perfumes quest.

The Realm Within Quest Objectives 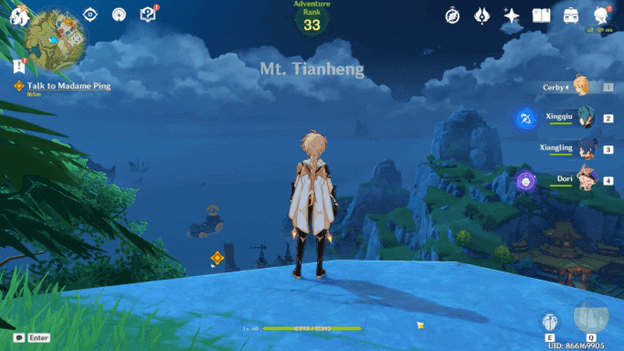 Madame Ping can be found in the northwest part of Liyue Harbor, and her location will be marked on your map.

You will need to make your way up to the upper level and speak to her, which begins a dialogue where you ask to borrow the Cleansing Bell.

To your surprise, Madame Ping tells you that the Cleansing Bell is in her home, which is the teapot right next to her.

After the conversation with Madame Ping, she will have already allowed you to borrow the Cleansing Bell but that is if you can find it.

She tells you that you need to touch the teapot and when you do via interacting with it, you will be brought into a domain. 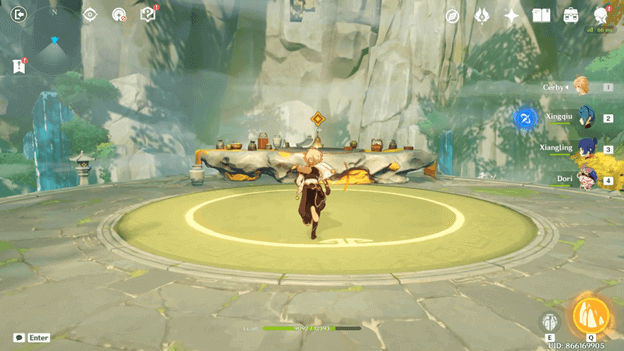 3) Search for the Cleansing Bell

Madame ping placed the Cleansing Bell somewhere inside her Teapot, and you will need to search the large domain for it.

Fight your way through the enemies and make your way towards the waypoint, which leads you to the location of the Cleansing Bell.

You will find the Cleansing Bell amongst Madame Pings belongings and may interact with the table where the waypoint is marked to take it.

Once you have returned, there will be a dialogue with Madame Ping and you will have a conversation about Liyue, the Cleansing Bell and more.

After the conversation with Madame Ping, you will now have the Cleansing Bell and may head back to the Yujing Terrace to place it.

5) Put the Perfume and Cleansing Bell in Place

Head over to the Yujing Terrace and speak to Zhongli to begin a dialogue with him, resulting in the Cleansing Bell and Perfume Being placed.

After the dialogue with Zhongli, you will be one step closer to finishing the preparation for the Rite of Passing and the quest will be complete.

The Real Within Rewards

After you have completed The Real Within quest, you will receive Adventure EXP, Mora, and other rewards. 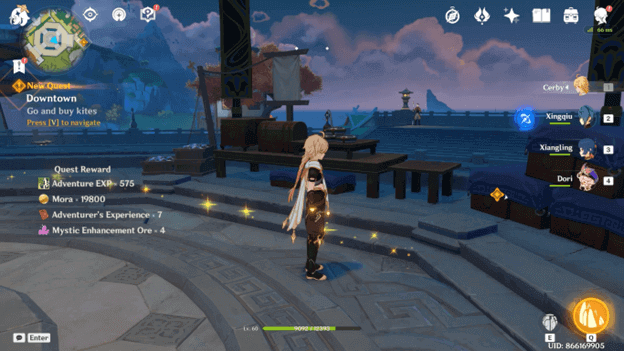 After a bunch of enemies interrupted you at Madame Ping’s Teapot, you have now successfully gotten the Cleansing Bell.

During this quest, you will discover a new world which is called Teapot, the Traver and Paimon will sooner or later get one of their own.

With the Cleansing Bell and the Perfume ready along with the Noctilucous Jade, it seems the preparations are going well and are soon to be complete.