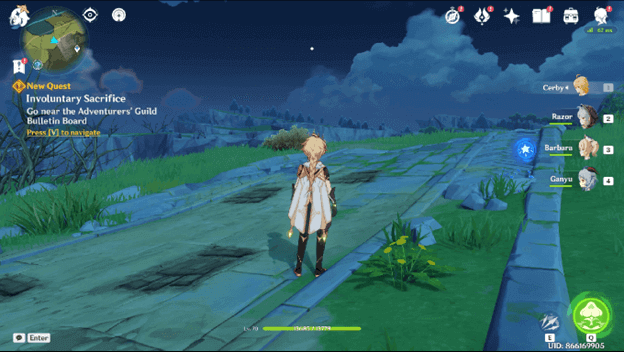 It appears there is some commotion going on in Liyue Harbor and you will need to continue your journey from there on.

Ganyu and Lan seem to be on to something, which may have something to do with your previous adventure with Dainsleif.

During this quest, you will be able to encounter something you have been searching for that may put your skills to the test.

How To Get Involuntary Sacrifice Quest?

Involuntary Sacrifice quest will be activated once you have completed the Bough Keeper: Dainsleif quest. 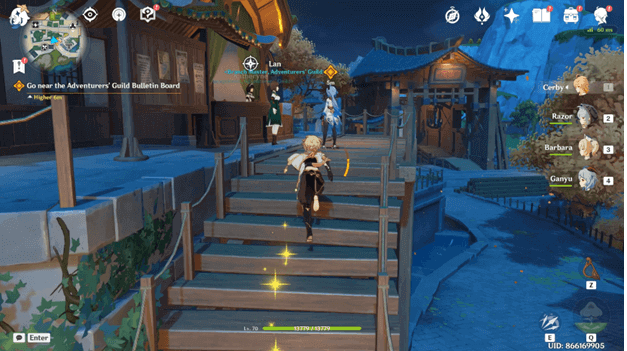 1) Go Near the Adventurer’s Guild Bulletin Board

The quest begins when you will need to head over to the Adventurer’s Guild Bulletin Board where you will find Ganyu and Lan talking.

Speak to them and a cutscene will begin where you are briefed about the situation during a dialogue, which mentions a previously known Treasure Hoarder, the Raptor.

They seem to have received intel about the Treasure Hoarders and that they may be up to something, which could lead to problems later.

After the dialogue with Ganyu and Lan, you will need to go to the ruins that are marked on your map and you will find a domain available.

You will need to interact with the domain and enter the “Call of the Abyss” domain to proceed with the quest. 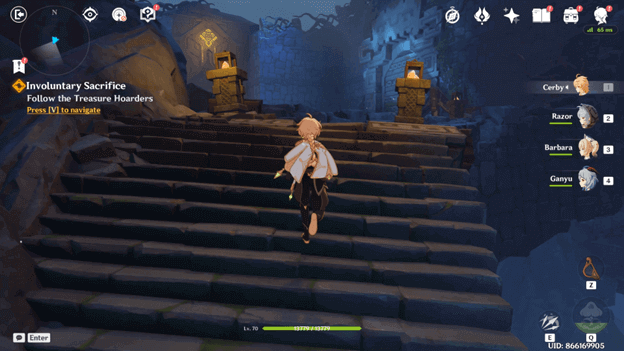 As you enter the Domain, head upstairs the wall on your side will open. You must glide to get to the other side.

You will encounter a corridor full of moving bubbles, which you need to go pass through and avoid so you do not drop down.

4) Check Out the Depths of the Ruins

Continue making your way towards a waypoint and a cutscene will begin where you see a man who is not responding, and it appears he is no longer breathing.

Paimon believes him to be the Grand Thief that Ganyu and Lan mentioned, and you also notice an upside-down statue of the seven.

Evil energy begins to flow through the area, and you will need to rush back out of the ruins, which requires you to pass through a corridor with more of the bubbles.

You will need to avoid them and hurry up as they will also cause the floor to disappear, which can lead you to drop to your death.

Continue making your way out to the next area and you will encounter the Abyss Herald who claims that he will punish you. 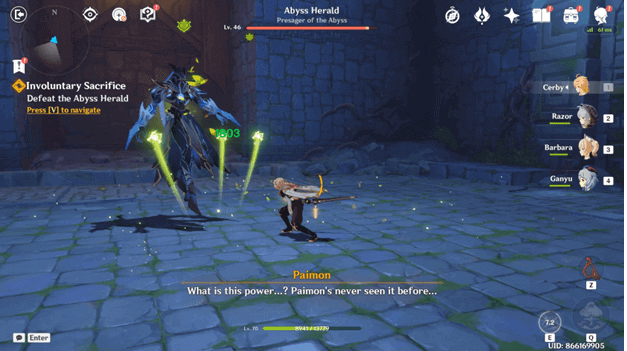 You will need to fight with the Abyss Herald, who is quite powerful, but its attacks are quite easy to avoid so watch out and try to keep your stamina up.

The battle will continue until you have reduced the Abyss Herald’s health by half its portion and a cutscene will begin.

The Abyss Herald notices you have a similar energy to someone he knows and decides to flee the area for some unknown reason.

After the cutscene, you and Paimon leave the ruins and meet up with Dainsleif who is outside, which is when you discuss the Abyss Herald.

The quest will be complete after you have finished talking to Dainsleif who will now join you to track down the Abyss Herald.

After completing the Involuntary Sacrifice quest, you will receive Adventure EXP, Mora, and additional rewards.

You will also unlock the achievement “The Bandit, the Lunatic and the Pitch-Black” and “Where Fate Comes to a Crossroads”. 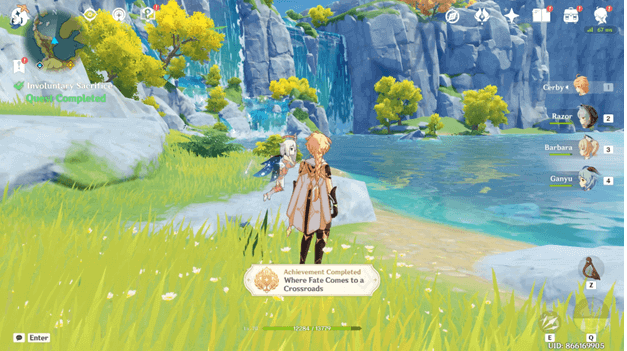 It turns out that Ganyu and Lan were on the track of something from the start and it happens to be along the same objective you and Dainsleif were aiming for.

You were able to fight an Abyss Herald for the first time but for some reason, it had backed off and may still be close by.

With Dainsleif joining you now, it looks like you are hot on the Abyss Herald’s trail and will need to chase it down to find out more.