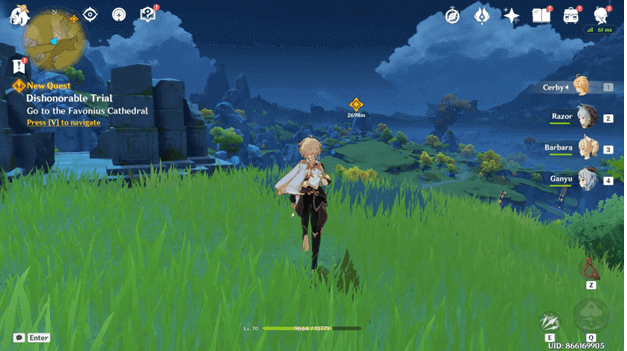 After you have searched for traces of the Abyss Order, Paimon suggests that you will need to go to the Cathedral to get some information about the first Field Tiller.

During this quest, it looks like the Abyss Order has a lot planned, which tends to harm allies you have made in the past.

The Abyss Herald is not too far, and it looks like it’s time for you to come face to face with them again but now you have Dainsleif with you.

How To Get Dishonorable Trial Quest?

You will obtain the Dishonorable Trial quest right after you have finished completing A Herald Without Adherents quest. 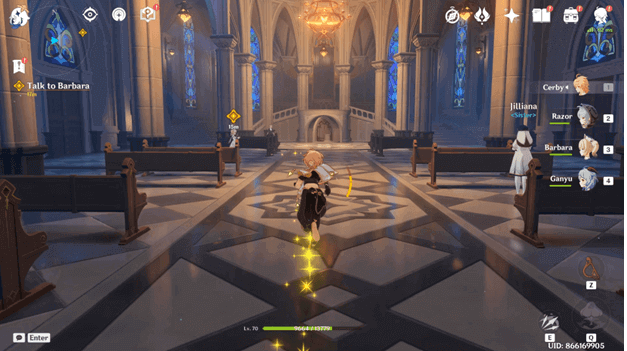 Head to the Favonius Cathedral in Mondstadt, which can be done by teleporting, and as you approach the stairs, a cutscene will play.

Dainsleif will explain to you that he will wait for you outside the Cathedral, so Paimon and the Traveler will enter the Cathedral to talk to Barbara.

Head inside the Cathedral and talk to Barbara, who can be found praying at the front, interact with her and you’ll get a cutscene.

Rosaria interrupts the conversation and says that the Abyss Order has been spotted at Wolvendom, which is where they are plotting something.

Exit the Cathedral and head down the stairs, Dainsleif will be waiting for you, and you will need to talk to him.

During your conversation with Dainsleif, you will tell him what you have learned about the Abyss Order operation.

Use the Teleport Waypoint to go to the Wolvendom and follow the waypoint which will lead to where the Abyss Order has gathered. 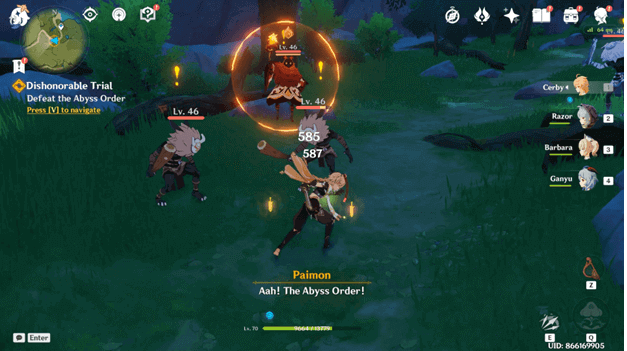 You will encounter enemies as you head to the objective and will need to defeat them before continuing to where Boreas is located.

It seems they are planning something that could put Boreas in danger, and you will need to rush over to investigate.

6) Look for the Great Wolf King of the North

Continue to follow the waypoint to the southeast, and when you get closer to Boreas, you will notice he is in trouble. 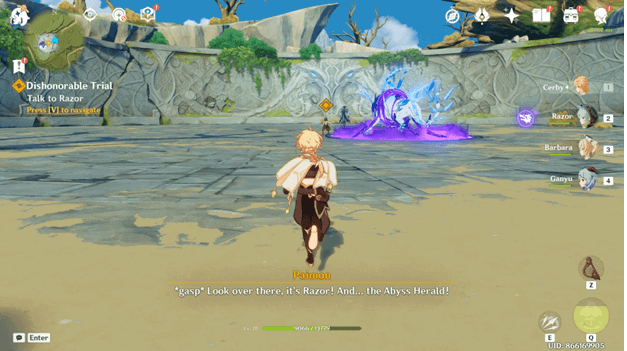 Head towards Razor, and as you approach him, a cutscene will play where The Abyss Herald has put Boreas under a spell.

It looks like they challenged Boreas to a trial but ended up cheating and Razor alone was having trouble fending them off when they jumped the great wolf.

You will be joining the fight to repel the Abyss Order, which means you will have to fight not only them but also the Abyss Herald as well.

The Abyss Herald will be fighting alongside Hilichurls at first and will continuously attack you but these can easily be dodged.

It will generate a Hydro shield which you can greatly damage by causing elemental reactions and afterward you can damage its health.

Continue fighting the Abyss Herald until you have depleted all its health and cleared out any other enemies in the area.

Once all of the enemies are dealt with, a cutscene will begin where the ceremony will be interrupted, and you will have saved Boreas.

After completing the Dishonorable Trial quest, you will receive Adventure EXP, Mora, and additional rewards. 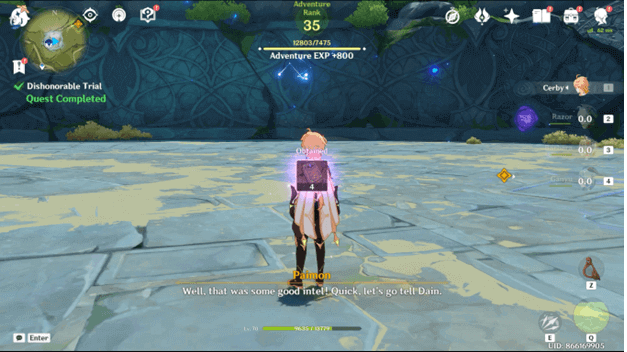 It seems the Abyss Order was targeting Boreas this time and they were able to lure it out by challenging him to a trial.

As Boreas always respects a challenge, he accepted but later the Abyss Order cheated and planned to corrupt him.

Luckily you were there just in time and managed to save Boreas and Razor, but the Abyss Order still has plans and you must continue investigating this.