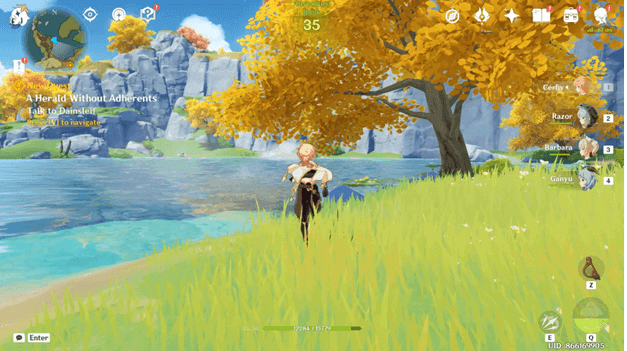 After your previous encounter with an Abyss Herald, you are now accompanied by Dainsleif as you follow its tracks.

During this quest, you begin to learn more about some of the things in Teyvat as well as the origin of enemies you have encountered.

How To Get A Herald Without Adherents Quest?

You will obtain A Herald Without Adherents quest immediately after you have completed the Involuntary Sacrifice quest.

A Herald Without Adherents Quest Objectives 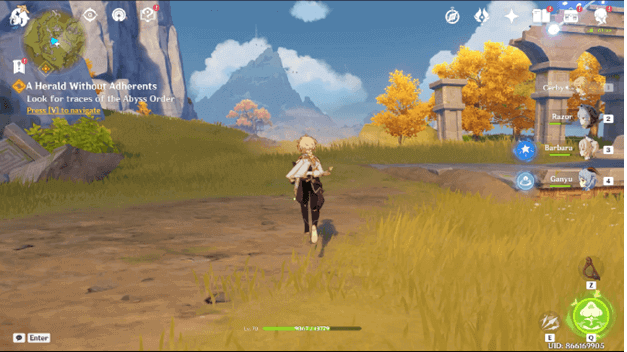 1) Look for Traces of the Abyss Order

Following your previous escape from the ruins, you will need to look for traces of the Abyss Order, leading you toward a waypoint.

Make your way to where the waypoint is marking the location which you can do easily by teleporting to the nearest Teleport Waypoint.

There will be enemies near a downed Ruin Guard that you must defeat, which will begin a cutscene where you talk to Dainsleif.

During the cutscene, Dainsleif tells you that the Abyss Order is searching for the remains of Ruin Guards for a valuable object to take back to the ruins.

3) Look for Traces of the Abyss Order

After the cutscene, you will continue your search for more traces and a new location will be marked on your map that you should be able to teleport to.

There will be enemies nearby as well as a Ruin Hunter, which you will need to defeat before another cutscene begins.

Dainsleif mentions that there is no coincidence in finding the Abyss Order in the area and the conversation continues about your memories. 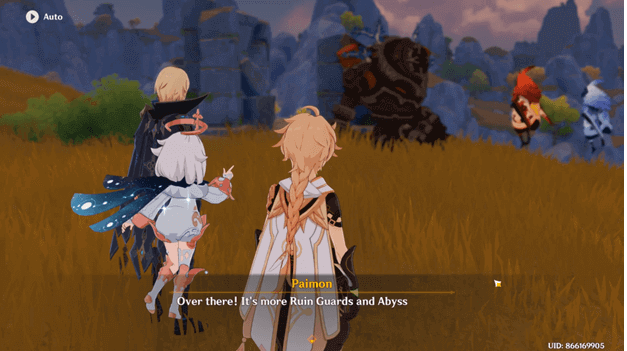 5) Look for Traces of the Abyss Order

After the long dialogue with Dainleif, you will need to continue your search by heading toward the next waypoint which is best done by teleporting.

You will need to make your way north of Tianqiu Valley, and head toward the location marked by the waypoint.

As you reach the location another cutscene will begin where you notice Abyss Mages near a Ruin Guard and Dainsleif tells you about their origin.

After the cutscene, you will need to defeat the Abyss Mages and the Ruin Guard that they were tampering with.

Once all the enemies have been defeated, Paimon will notice that one of the Abyss Mages dropped a talisman, which Dainsleif mentions has a connection to the Abyss Herald.

After talking with Dainsleif about the Abyss Order and their things they are planning to do, the quest will be complete.

A Herald Without Adherents Rewards

After completing A Herald Without Adherents quest, you will receive Adventure EXP, Mora, and additional rewards.

You will also unlock the achievement “Sneering at the Power of the Gods”. 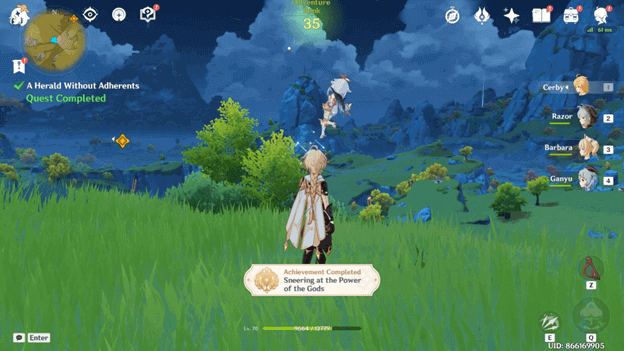 It appears that the Abyss Order is planning to recreate Osial using the eye of the First Field Tiller, which is what they have been searching for all along.

It seems that the Abyss Order wants to build a mechanized God according to the Dainsleif after analyzing the talisman that was dropped.

With all that in mind, it looks like the adventure continues and you will need to hurry up as their plans must not happen or things can get messy.