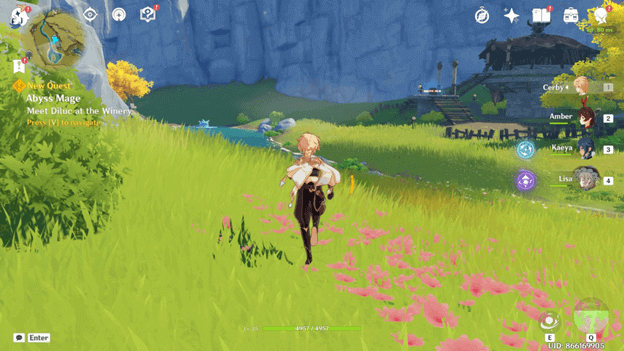 After you had previously restored the Dvalin’s tears and brought back the Holy Lyre to its full power to save Dvalin, the Abyss Order intervened.

The plan to save Dvalin did not go as everyone planned and the dragon along with the Abyss Order are nowhere to be found as of now.

Diluc has a plan that involves him getting in touch with a few contacts and will need to meet up with you during this quest.

How To Get Abyss Mage Quest?

Abyss Mage quest is the first quest that you receive when you are Prologue Act III – Song of the Dragon and Freedom. This quest begins right after you have finished the Reunion with the Dragon quest during Prologue Act II – For a Tomorrow Without Tears. 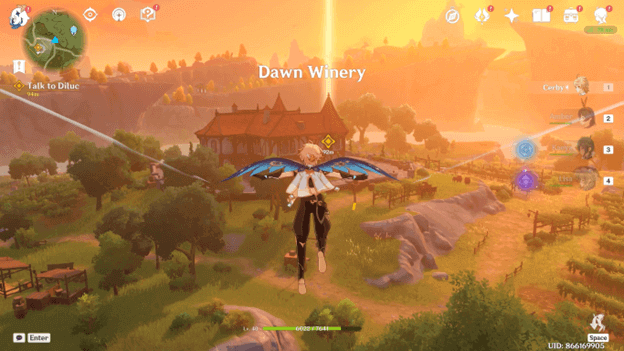 1) Meet Diluc at the Winery

As the quest begins, you will need to head to the Dawn Winery, which is southwest of Mondstad and you can teleport to the Statue of Seven to get there faster.

Once you arrive, you will see that Jean, Venti, and Diluc are already waiting outside for you, which means Diluc may have some good news.

You will need to interact with Diluc which will begin a cutscene where he starts to share what he has found out.

It looks like the Abyss Mage was tracked to the vicinity of the winery; Jean adds that it is important to ensure they do not escape.

As the cutscene ends, you will need to head over to the location marked on your map by a waypoint that shows where the Abyss Mage has been found.

If you have unlocked the waypoint nearby, you can teleport to it to save time and will find the Abyss Mage along with a few more enemies.

You will need to clear out the enemies and defeat the Abyss Mage, which will afterward result in another cutscene.

After the cutscene has finished, the quest will come to an end.

After you have completed the Abyss Mage quest, you will receive Adventure EXP, Mora, and other rewards. 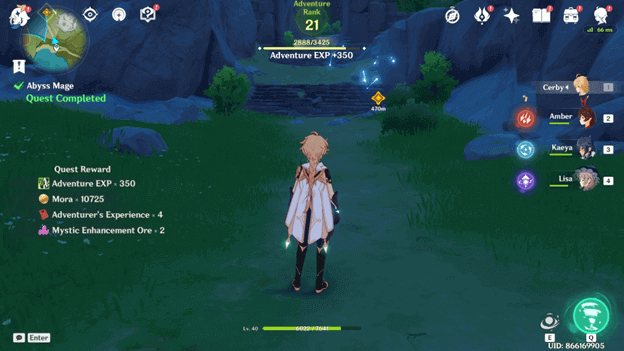 It looks like Venti has found traces of energy that the Abyss Order has been using to cut off his connection with Dvalin.

While the Abyss Order might think they have the upper hand, it appears that the Traveler will be the team’s secret weapon.

This means that eventually, you will need to confront Dvalin but there is still a chance to save him to avoid an innocent life being lost.