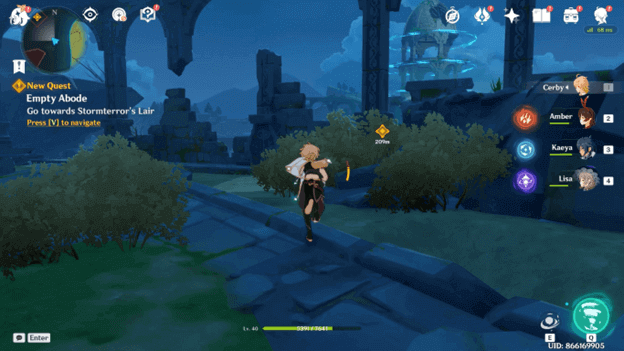 After defeating a group of assailants and removing the Storm Barrier, the team now needs to head deeper within Stormterror’s Lair.

It appears that there are other barriers present and the area is full of hostile creatures which you will need to fight your way through.

The team now makes its way to where Dvalin should be nesting and soon enough, you will have to confront the dragon.

How To Get Empty Abode Quest?

You will obtain the Empty Abode quest right after you have completed the Hurdle quest, and this will be the third quest in the Prologue Act III – Song of the Dragon and Freedom. 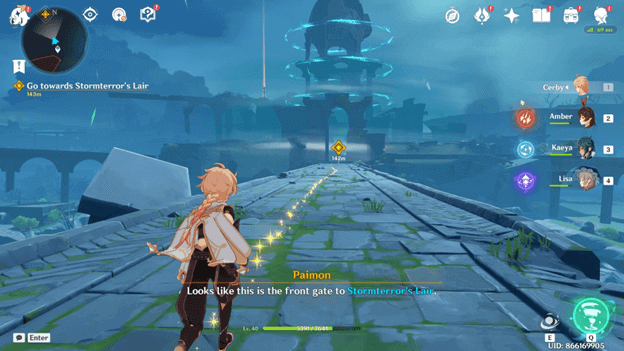 You will need to make your way towards a waypoint that shows the entrance to Stormterror’s Lair and once you arrive, a cutscene will begin.

During the cutscene, it will be shown that the path is blocked by a barrier once more but there seems to be another way around.

Take the stairs to the right and continue making your way to the next waypoint which will be a detour from your previous path.

Continue making your way around the area as you head towards the waypoint, and you will need to fight your way through some Hilichurls as you go by.

3) Find a way through the Wind Barrier

Once you reach the waypoint, there will be an open part in the barrier which you can pass through, and you will need to head over to the next area marked by a waypoint again.

You will need to climb up to the next area and there will be a wind current that will take you to the top of the tower. (Don’t forget to activate the nearby Statue of the Seven)

Head towards the nearby wind current and which you will be using to ascend into part of the tower to make your way to the top.

5) Look for a way to the top of the Tower

Glide up the wind current and enter the tower so that you can continue heading up until you reach the next waypoint where another wind current will be.

Take the wind current and head for the marked location and a cutscene will begin, where Venti speaks about the ruins.

7) Go towards the top of the tower

As you ride the wind current, you will need to land inside the top of the tower, which will start a cutscene as you enter.

After completing the Empty Abode quest, you will receive the Adventure EXP and Mora in the following amounts: 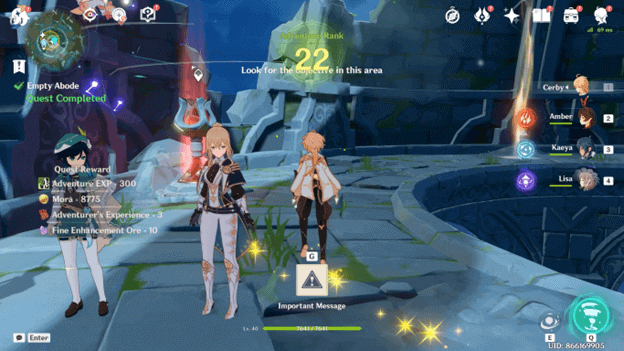 It seems that the Stormterror’s Lair is guarded by the Ancient Seals which are preventing the team from advancing.

Luckily, Diluc seems to be familiar with the markings on the seal and may have a solution that will allow you to proceed.

It appears that there is a Light Actuator nearby which can be activated and hopefully this will allow you to progress later.