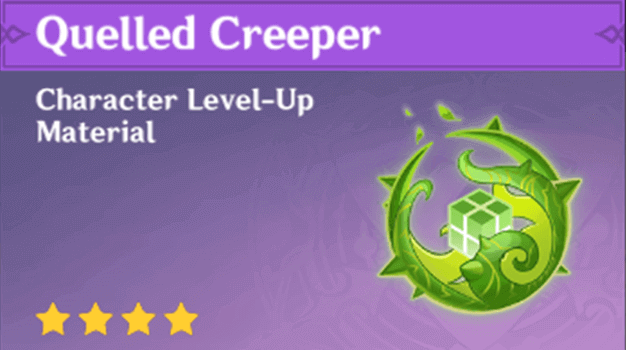 The Quelled Creeper is a material that can ascend a specific Dendro Character to make it stronger and more efficient.

Where to Get Quelled Creeper?

The Quelled Creeper can be obtained by defeating the Dendro Hypostases which is located in the Land of Lower Setekh in Sumeru,  south of Dar al-Shifa in the Sumeru Desert area.

You can find the entrance of the cave that is located near the Teleport Waypoint which is southwest of its location.

How to Get Quelled Creeper? 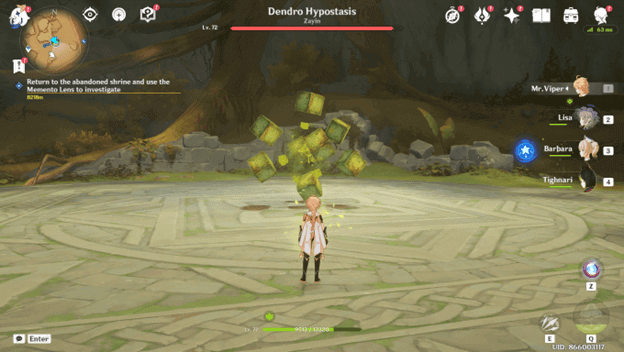 Once you are at the Dendro Hypostases’ arena below the desert area, you will be able to fight with it instantly as it will already be there.

A bigger advantage is if you include a Pyro Character in your party so you can trigger the burning elemental reaction to quickly beat the Dendro Hypostases more easily.

You also need to save Quelled Creeper so that if you Ascend again next time you can use it so that it won’t be difficult.

While it may seem illogical at first, bringing a Dendro character can be useful as the Dendro Hypostases will spawn Dendro Piths when it is about to be defeated.

The Dendro Piths will progress in destroying it and using a Dendro ability on them will speed up the process, reducing the need to deplete its health again.

Once the Dendro Hypostases have been defeated, you will need to spend 40 Original Resin to open the Trounce Blossom to get the Quelled Creeper and other rewards from it.

As of now, the Quelled Creeper is only used to ascend one Dendro character but this may change in the future.

There are currently no other uses for this material aside from ascension, which makes collecting it only necessary until they have reached full ascension.

Characters That Use Quelled Creeper

There is still currently only one character in Genshin Impact who can ascend using Quelled Creeper to ascend, who is Nahida.

You can easily defeat Dendro Hypostases if you have a Pyro and Electro character in your party to cause certain elemental reactions.

Once the boss has been defeated, there will be a cooldown before it respawns but this can be bypassed by teleporting away and back to it.

The Dendro Hypostases may be a bit tougher than the other Hypostases-bosses that you have fought but once you get used to its attacks, they can easily be dodged.