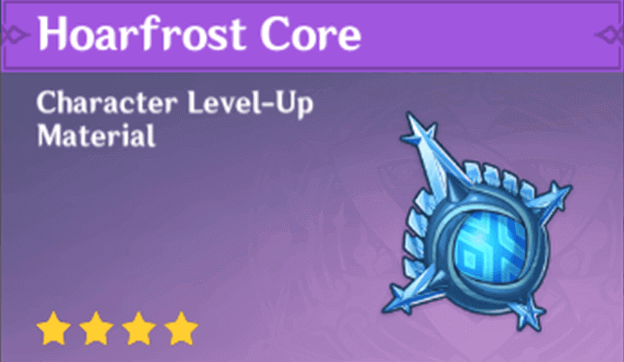 Freezing your enemies and slowing them down makes them easier to defeat, thanks to Cryo characters but sometimes they need to get stronger.

If you have a Cryo character in your roster and want to push them beyond their limits, you will most likely need to ascend them.

Depending on which ascension tier you are doing, you will need a certain amount of Hoarfrost Cores to successfully do this.

Where to Get Hoarfrost Core?

The Hoarfrost Core will only drop from the Cryo Regisvine, which can be found in the Starfell Valley in Mondstadt just beyond the Temple of the Wolf.

At first, the entrance to the Cryo Regisvine may not be that obvious but once you get near its location, it should be easy to spot.

How to Get Hoarfrost Core? 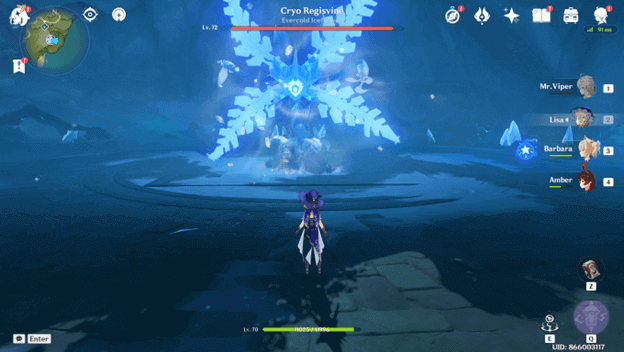 Hoarfrost Core is only obtainable from a Cryo Regisvine bos and this means that you will need to defeat one and obtain its rewards.

The Cryo Regisvine will begin to attack you once you are in range and will either attack you with close range attacks or Cryo ranged ones.

You can deal excessive damage to the Cryo Regisvine with Pyro damage, especially if you attack its weak spots once they are revealed. (Head or base)

When the Cryo Regisvine is stunned (after damaging weak spots) you will be able to deal increased damage to it and can easily defeat it.

Once the Cryo Regisvine has been defeated, you can interact with the Trounce Blossom that appears to obtain rewards for 40 Original Resin.

Below are the Characters That Use Hoarfrost Core

There are currently 6 characters that rely on Hoarfrost Cores to reach their stronger potential, all of them which are Cryo types.

The Cryo Regisvine has a cooldown before it respawns, and you can check if it is done via the Adventurer’s Handbook.

It’s best to have characters that can trigger elemental reactions to deal more damage to the Cryo Regisvine, especially when it is stunned.

The best way to stun the Cryo Regisvine is to use a Pyro character, this will allow you to defeat it faster and farm more in a short amount of time.