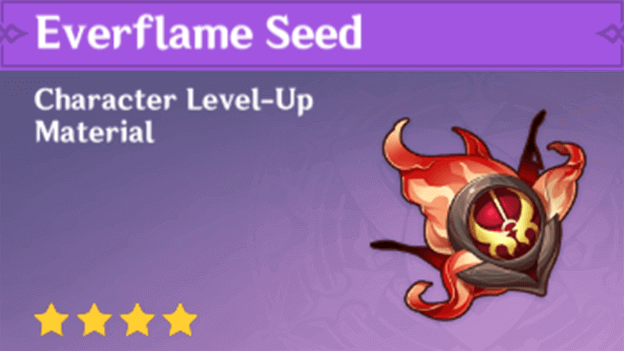 Pyro characters can turn up the heat in almost any battle and you will most likely want to have one or two amongst some of your character rosters.

Not all Pyro characters are easy to improve though as you need to make sure you have all the required Character Level-Up Materials needed.

One of these materials is the Everflame Seed, a special item that you need if you want to push Pyro characters beyond their limits.

Where to Get Everflame Seed?

The Everflame Seed can be obtained by defeating an enemy known as the Pyro Regisvine, which can be found in a cave at the Cuijue Slope in Liyue.

Teleporting near the cave makes it easy for you to glide down and enter its obvious entrance, which will bring you to the arena where you battle it.

How to Get Everflame Seed? 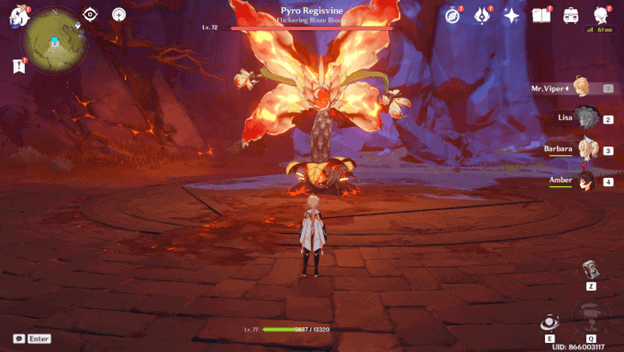 You will need to defeat the Pyro Regisvine as its reward , which include Everflame Seeds depending on its level.

The Pyro Regisvine will attempt to attack you at close range if you get near it or will send out projectiles that can burn you if you are further away.

There will be certain points during the battle where you can hit its weak spot at its base or head which will stun it, allowing you to deal increased damage to it.

Water and Cryo characters can easily stun the Pyro Regisvine, which can easily allow you to deplete its health when you need to farm a lot of Everflame Seeds.

After defeating the Pyro Regisvine, you may interact with the Trounce Blossom that appears to get the rewards (including the Everflame Seed/s) at the cost of 40 Original Resin.

An Everflame Seed is needed to help improve characters, unlocking the potential of Pyro characters so they can ascend to become stronger.

Unlike other materials used to develop your characters, there is no other use for Everflame Seed aside from being used to ascend your Pyro ones.

Characters That Use Everflame Seed

There are currently 6 characters in Genshin Impact that require Everflame Seed to Ascend and all of them are Pyro characters.

The first important step is ensuring you have Hydro or Cryo characters in your party, as their Elemental attacks are highly effective against Pyro Regisvines.

Being able to quickly disable the Pyro Regisvine will make it easy for you to take it out, allowing you to farm Everflame Seeds much quicker.

During the time that the Pyro Regisvine is down, it would be a good idea to use other elemental combinations to deal a lot of damage while you have the chance.