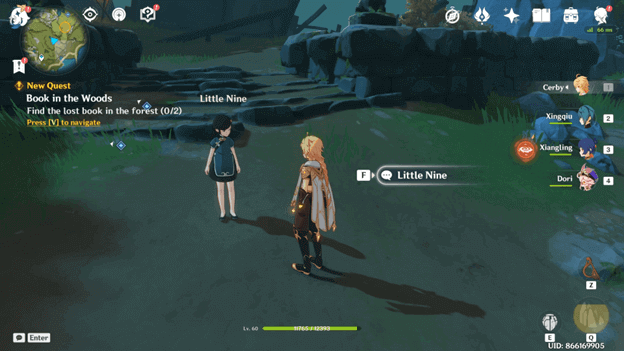 As you are traveling around Liyue, you will stumble upon a little girl who is called Little Nine all by herself in the woods.

It appears that this little girl has lost a precious book that she had lost after falling into a river, not knowing where it might be.

You will need to search the nearby locations to help Little Nine find her missing book as it means a lot to her.

How To Get Book in the Woods Quest?

The Book in the Woods world quest may be started by talking to Little Nine, who can be found at Wuwang Hill in Liyue.

Book in the Woods Quest Objectives 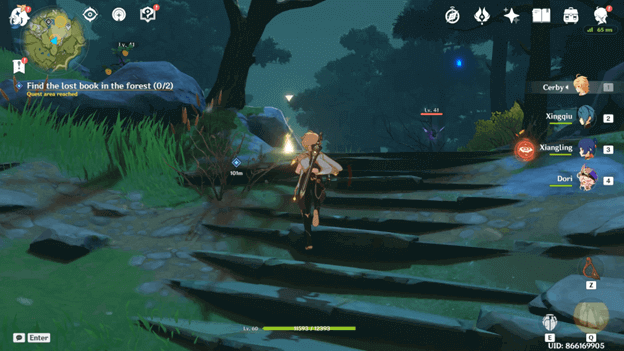 After speaking to Little Nine, the quest will begin and she will have already explained how she lost the book and how special it is to her.

Once you have finished speaking to her, there will be 2 locations that are marked on your map which you will need to head over to to search for the lost book.

Head over each of the locations and interact with the markers to investigate them, which will both end up with no result.

After you have gone to each of the locations, you will not have found the book and will instead need to go back to Little Nine to tell her. 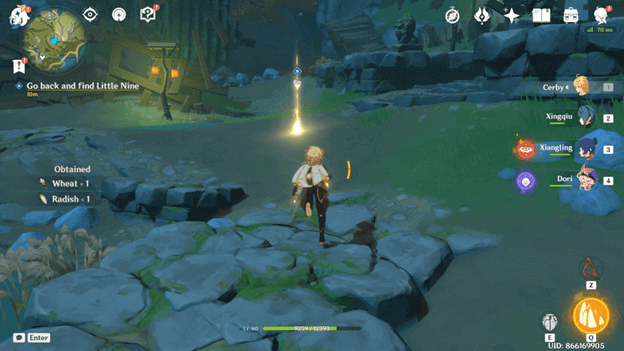 3) Go Back and Find Little Nine

Make your way back to where you originally met with Little Nine (the area will be marked on your map) to talk to her.

Once you arrive at the location, Little Nine will no longer be there waiting and the quest will end up being completed anyway.

To complete the quest, you will need to head to the marked area and interact with it to “look around” showing that Little Nine is no longer in sight.

Book in the Woods Rewards

After you have completed Book in the Woods quest, you will receive Adventure EXP, Liyue Reputation EXP, and Mora as well as additional rewards. 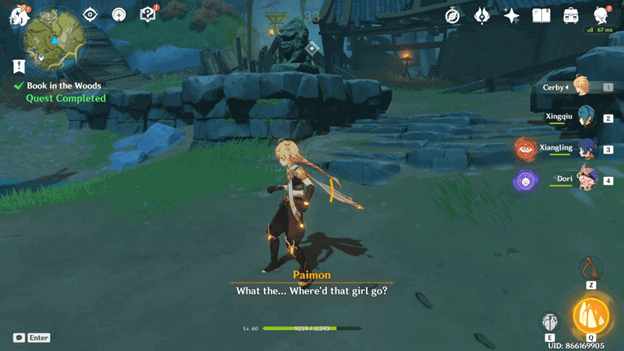 It’s a shame for a child to lose something so precious and the only option you had was to help her out but things didn’t go too well this time around.

After returning to the original location, it looks like Little Nine could not wait and have already run off somewhere else.

Maybe sometime later you may run into her and hopefully, she will be able to get her hands back on the precious lost book.