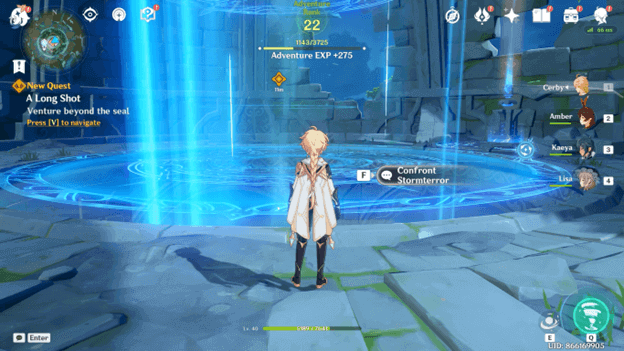 The team has finally opened the way to Stormterror and a new challenge now lies ahead that they need to be ready for.

The time has come for you to come face to face with Stormterror and hopefully this time you will be able to put an end to his madness.

After you have broken the seals in the previous quests, the way to Stormterror has been opened and you will now need to fight him.

How To Get A Long Shot Quest?

After completing Calm Before the Storm quest, you will immediately have the quest called A Long Shot and will need to continue heading towards Stormterror. 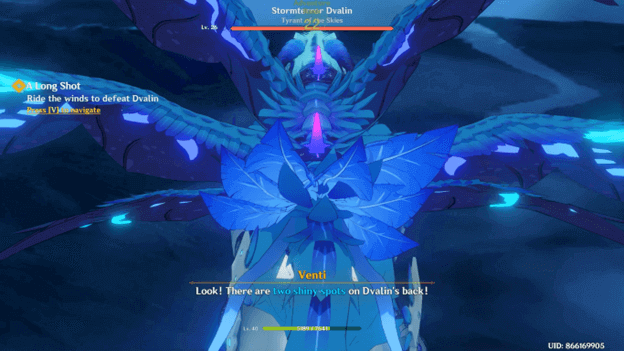 1) Venture Beyond the Seal

After the team had spoken in the previous quest, it’s time for you to confront Stormterror and this can be done by entering the Storming Terror domain.

This can be done by heading near the center of the area marked by a waypoint and you will see the option to “Confront Stormterror.”

Interacting will open up the domain entrance and you will need to start the Storming Terror domain, which is part of the quest. 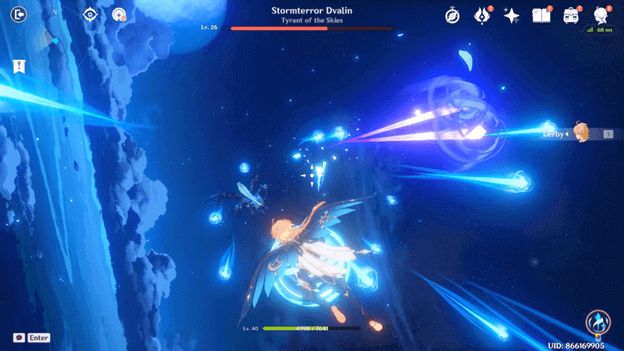 2) Ride the Winds to Defeat Dvalin

As the domain starts, you will be gliding through the air following Dvalin and Venti will point out the two shiny spots on the dragon’s back.

When you have reduced Dvalin, who is at this point named Stormterror Dvalin, he will begin unleashing projectiles which you will need to evade.

Venti will assist you by extracting and condensing pure Anemo from Dvalin’s shots which you can fire to create acceleration currents.

Once you have created an acceleration current, you will need to glide through them to catch up to Dvalin.

After catching up to Dvalin, you will need to continue firing at his weak spots until his health has been reduced, and a cutscene will begin. 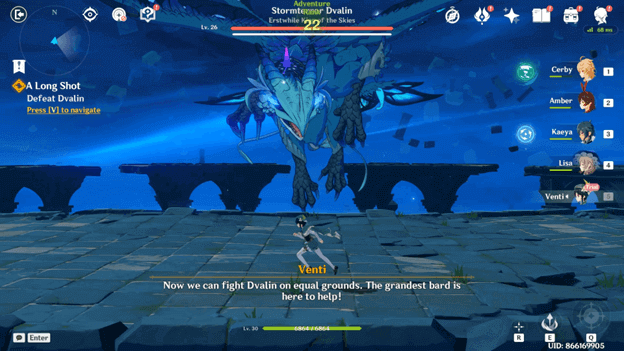 During the cutscene, Dvalin will descend, and your team may need to fight him on equal grounds, which allows you to use Venti as a trial character.

You will need to attack Dvalin to knock him out, which will allow you to deal damage to his health until you defeat him.

Dvalin can be attacked with ranged weapons, but this does not deal that much damage and you will need to wait for him to attack up front.

Once Dvalin attacks you and remains in the area, you need to take the opportunity to attack him until the white health bar is depleted.

Dvalin will be knocked out during this time, and you will be able to damage him, and more damage can be done if you climb on his back to attack his weak spots.

When Dvalin’s health has dropped, he will cause the platforms to become unstable, and you will need to glide to the other ones to be safe.

You will need to continue doing this until you have completely depleted all his health and afterward, a cutscene will begin.

After you have completed A Long Shot quest, you will receive Adventure EXP, and Mora as well as additional rewards.

Furthermore, you will obtain Barbara as an unlocked character after completing this quest. 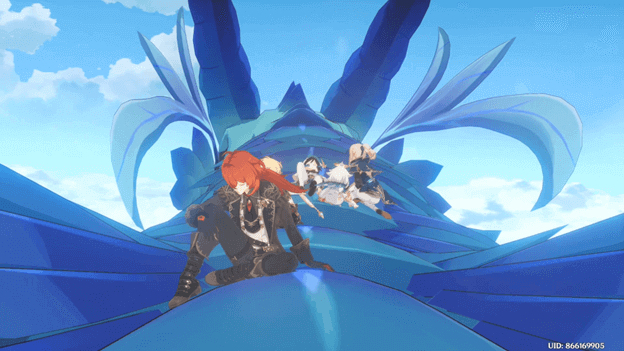 While the trials of the quest were hard as well as the ones that came before it, you were eventually able to push through with the plan.

Dvalin had been saved and as the area where you confronted him began to collapse, he ended up saving you all from a terrible fall.

Now that Dvalin had been freed, the team rides off safely where Venti and the dragon exchange words, ending with beautiful scenes of harmony.