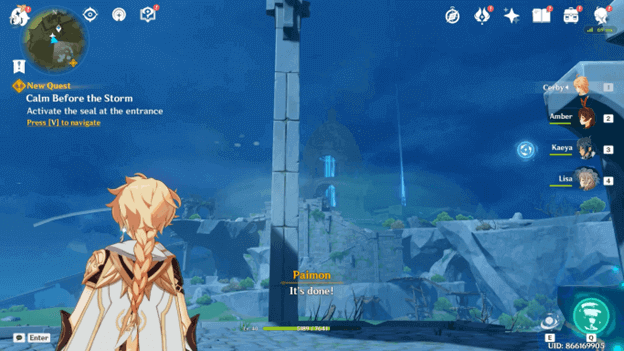 In the previous quest, Light Guiding Ceremony, you were able to activate the light actuators, which now grant access to further proceed into Stormterror’s Lair.

It is now time for you to head back after activating the last light actuator to see what the team has to say and find out what the next step will be.

You will need to meet up with the team and afterward, the next approach to confronting Stormterror will be decided.

How To Get Calm Before the Storm Quest?

Calm Before the Storm is the fifth quest in the Prologue Act III – Song of the Dragon and Freedom, which continues after you previously activated the light actuators.

Calm Before the Storm Quest Objectives 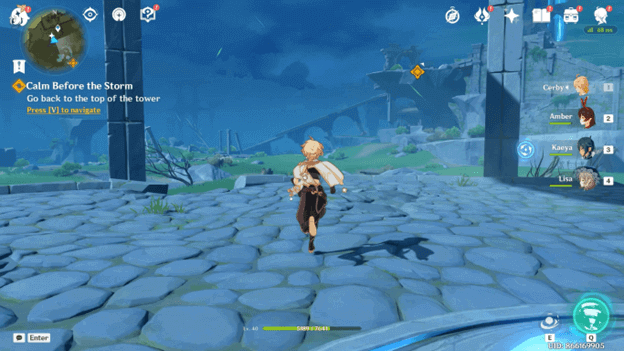 Go Back to the Top of the Tower

You will most likely be at one of the light actuators at the start of this quest and will need to make your way back to the tower.

Instead of climbing up, you can use a Waypoint Teleporter which you might have activated early on before the quest.

Once you arrive at the tower a cutscene will begin where Venti has begun talking about the adventures that you have been on. 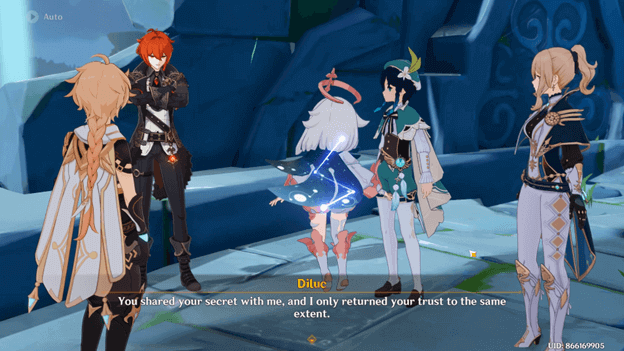 The team talks about the various reasons and determination that have brought them together on their adventure to save Dvalin.

After some talking, the cutscene will end with Venti saying he will channel Anemo energy “once more” which explains who helped you the first time you faced Stormterror.

Once the quest has come to an end, you will be able to confront Stormterror, which will be part of the next quest called A Long Shot.

Calm Before the Storm Rewards

After you have completed Calm Before the Storm quest, you will receive Adventure EXP, and Mora as well as additional rewards. 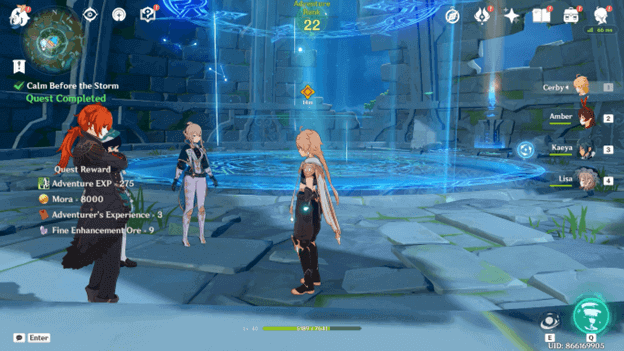 This quest was merely a simple one and all you needed to do was head back to the tower to have some chit chat with the team.

After all the talk, everyone had come to a certain realization and it appears that even if there were differences, they all came together for a specific goal.

Now that the seals have been broken, it is now time for you to go forth and confront Stormterror in hopes of saving it from a terrible fate.