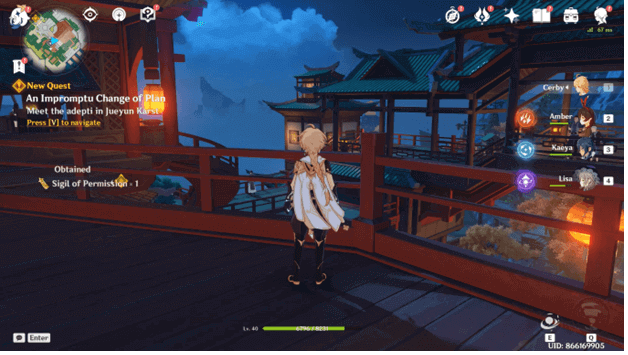 With the Millelith still searching for the assassin of Rex Lapis, you are also out to seek the Adepti to clear your name.

One of the Adeptus is known to be at Jueyun Karst which is where Childe has told you to go searching as he previously gave you a Sigil of Permission.

You must make your way towards the location of the Adeptus and seek council with him before the Millelith get their hands on you.

How To Get An Impromptu Change of Plan?

An Impromptu Change of Plan will begin once you have completed the Rite of Descension quest and is the second part of Chapter I: Act I Of The Land Amidst Monoliths. 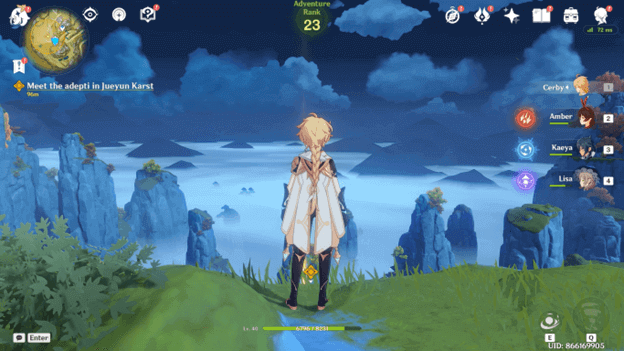 1) Meet the Adepti in Jueyun Karst

After you talked to Childe during the Rite of Descension quest, you have to go to Jueyun Karst where you must seek out the Adepti.

The location will be marked on your map and if you have already unlocked a Teleport Waypoint or Statue of the Seven, you can use that to get over faster.

Upon reaching the marked location, a cutscene will begin where an Adeptus who is later known as Moon Carver.

While you are in the middle of talking to Adeptus Moon Carver, you are interrupted by the Millelith who you must now fend off. 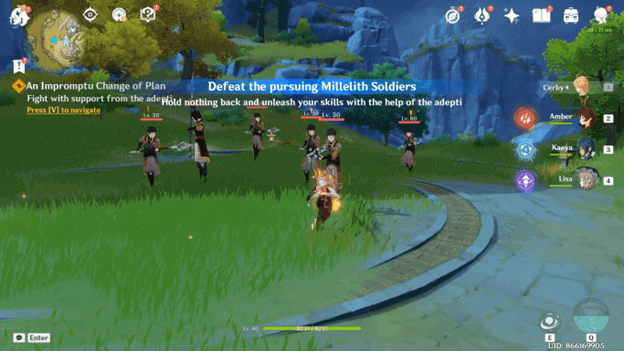 2) Fight With Support from the Adepti

You will have to deal with the 20 Sergeant of Millelith but because of the Adeptus the recharge of your Elemental Burst becomes greatly increased.

Once you defeat the Sergeant, you will continue talking to the Adeptus Moon Carver who will give you instructions on your next steps to proving your innocence.

Moon Carver tells you that there are two other Adepti who are Mountain Shaper and Cloud Retainer who are in Jueyun Karst while another is in Wangshu Inn.

After the cutscene with Moon Carver has finished, the quest will be complete, and you will be able to decide which of the Adepti you wish to find first.

An Impromptu Change of Plan Rewards

After you have completed the An Impromptu Change of Plan quest, you will receive Adventure EXP, and Mora.

Completing An Impromptu Change of Plan will begin 3 new quests which are required for you to advance with Chapter I Act I – Of the Land Amidst Monoliths. 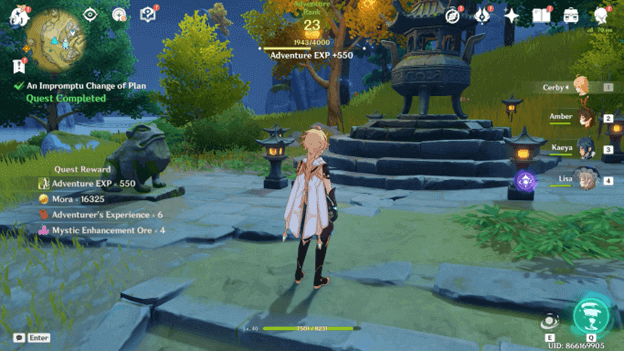 You were able to find the Adeptus Moon Carver at Jueyun Karst but it seems that even he was surprised by the fall of Rex Lapis.

To prove your innocence, you will need to deliver a message to the other Adepti which has been given by Moon Carver.

While the Millileth still sees you as a threat, it appears that you have no choice but to put your trust in the Adepti until things fold out.