Stolen Headstone is an item that you can obtain in the Ark Survival Evolved during the Fear Evolved Halloween event.

This item has more than one use and can either be a way to decorate your base, leave messages as well as craft certain items.

While these cannot so easily be sought out, you may be able to obtain them when you least expect to and will probably get a few now and then during the event.

Where To Get Stolen Headstone?

Stolen Headstones will pretty much spawn anywhere near where your character is, provided this is a good distance away from your base. These can be found almost anywhere and will eventually show up if you are in a certain area for a period of time.

How To Obtain Stolen Headstone? 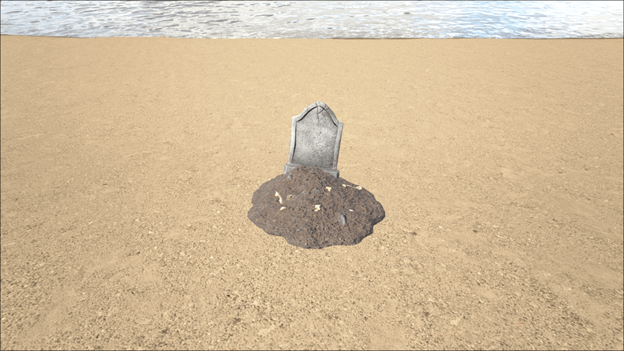 To get the Stolen Headstone, you will need to first be in an area that is a small distance away from your base. This will allow it to spawn in the area around you and once you see it, you simply need to approach and access it to collect the Stolen Headstones from within.

After you collect what is inside, the structure will change and take the form of an empty dug-out spot instead, showing that there is nothing more to be collected.

Stolen Headstones can be used as a decoration and you can place these down almost anywhere, giving your base a nice spooky touch to it.

Although you may place these down, the effects will not be the same as when you obtained them and it will simply just be a headstone decoration that you can write on.

Aside from putting them on display, you can use these in a cooking pot to craft various items that are available during the Fear Evolved event.

Stolen Headstones may be more common than players think, and these will eventually show up from time to time when you are exploring.

The more you explore the map, the more these Stolen Headstones will appear, especially if you stay in a spot for a couple of minutes.

These will stop appearing once the event has ended, so it’s best you grab as many as you can and craft what you want before time is up.