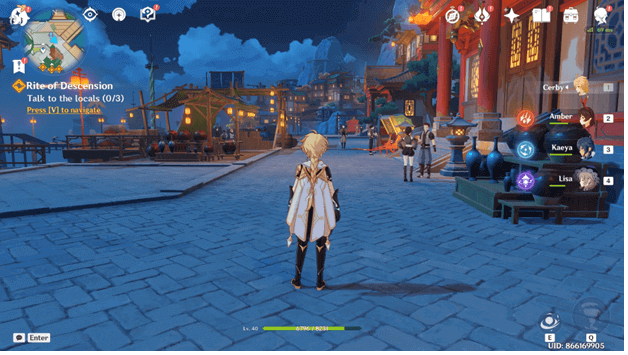 Following the past events from Prologue Act III, the Rite of Descension quest is the beginning of Chapter I Act I – Of the Land Amidst Monoliths.

You were previously sent by Venti to make your way to Liyue Harbor as it is time for the Rite of Descension which only happens once a year.

Since the Geo Archon will make an appearance, it’s time that you head to Liyue, or else you will miss it and must wait for another year.

How To Get Rite of Descension?

After you have completed Prologue Act III – Song of the Dragon and Freedom, the Rite of Descension becomes available once you have reached Adventure Rank 23.

This quest is the first among the Chapter I – Act I – Of the Land Amidst Monoliths quests and will allow you to proceed further with the quest line. 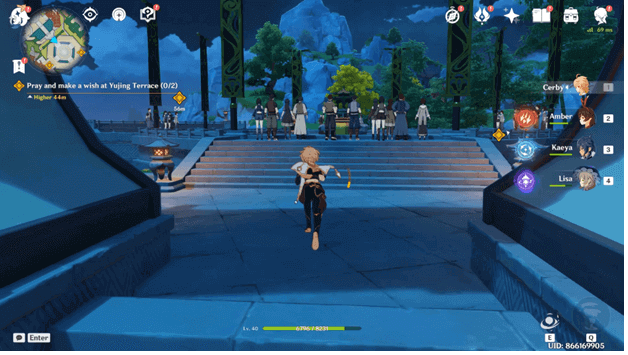 1) Go to the Liyue Harbor

Starting from where you left off as this quest starts, you will need to make your way to Liyue Harbor, which might be a long trip if you have not unlocked Teleport Waypoints near it.

The location of Liyue Harbor will be shown on your map, and you can use a Teleport Waypoint that is closest or travel by foot to get there.

2) Talk to the Locals

After arriving in Liyue Harbor, you will need to speak to some of the locals and ask them about the Rite of Descension, each one of them will be marked by a waypoint.

3) Go to the Yujing Terrace

After talking to 3 of the locals about the Rite of Descension, you will need to begin making your way to the Yujing Terrace. 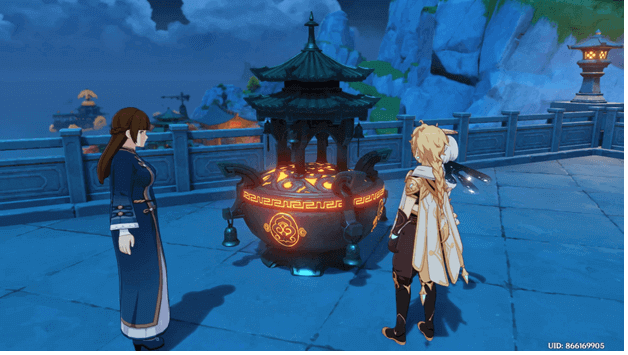 4) Pray and Make a Wish at Yujing Terrace?

When you reach Yujing Terrace, Paimon suggests that you should make a wish as it has been considered the best time to make them.

You will need to head over to each of the censers in the area (there are 2) and interact with them to make a wish at each.

5) Join the Crowd and Wait for the Rite to Begin?

Now that you have finished making your wishes, you will need to head to the crowd by going toward the area marked on your map.

As you approach the area, a cutscene will begin where Ningguang is making her speech but suddenly Rex Lapis, the Geo Archon, falls from the sky.

It appears that the Geo Archon has been killed, and to avoid suspicion, you and Paimon must leave the area as the Millelith (Liyue Guards) are grabbing suspects. 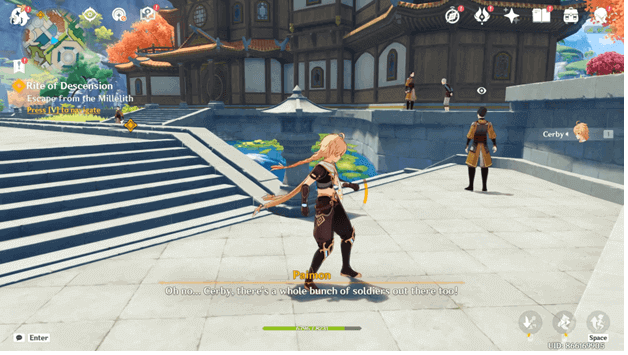 The Millelith will be scattered all over the area, interrogating people and guarding the area, which requires you to choose your path carefully.

You will be in sneak mode which allows you to crouch, roll and do other movement actions but there will be no attacks available.

The Millelith will have eye icons above their head which will fill up if they notice you and you must make sure you stay out of their sight.

Sneak your way around (going to the left is suggested) and you will be able to reach the waypoint where a cutscene will begin.

As you escape, one of the Millelith spots you, and you are chased by several of them, but a mysterious person arrives and knocks them out.

The mysterious man tells you to follow him, and you have a talk with him later revealing his name is Childe and he wants to help you.

7) Talk Childe at the Northland Bank

After talking to Childe, you’ll be heading to the Northland Bank where Childe will be waiting for you upstairs, outside of the bank.

He’ll hand over a Sigil of Permission to you, this will prevent the Adepti from bringing harm to you as you will need to seek them out.

During the talk with Childe, he explains everything and comes up with a plan for you to clear your name by speaking to Adepti.

Once you have completed the Rite of Descension quest, you will be rewarded with Adventure EXP and Mora. 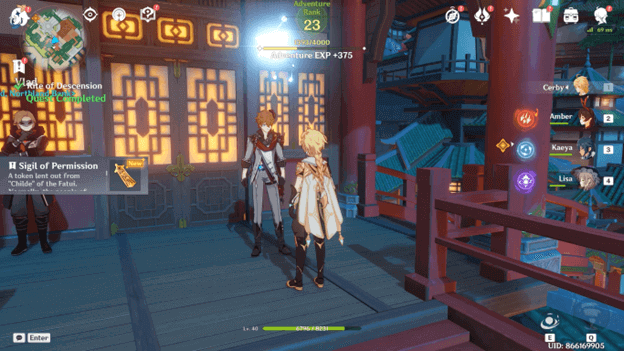 While you intended on witnessing the Rite of Descension as suggested by Venti a while back, it seems that things have taken a turn.

With the Geo Archon Rex Lapis dead, it appears that now you are one of the suspects and will need to find a way to clear your name.

A man named Childe helped you escape from the guards but his intentions are somewhat questionable as he offers to help but is a member of the Fatui.