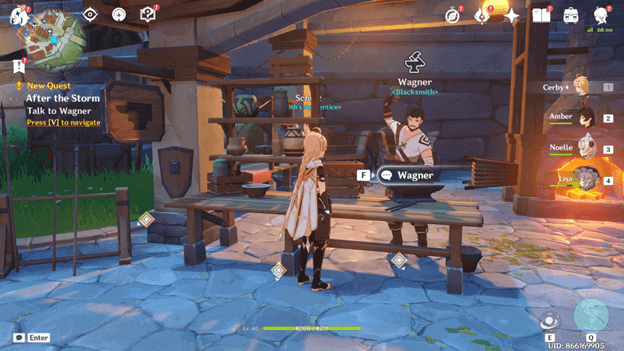 Following the aftermath of Stormterror being dealt with, Mondstadt has started to go through new changes and one of them is the opportunity for better mining.

Wagner needs your help regarding resources that can be mined now which were not available back when Stormterror created an impassable storm.

Now that the area where Stormterror has made his home is somewhat accessible, Wagner would like you to check the area for a specific resource he tends to mine.

How To Get After the Storm Quest?

After the Storm quest becomes available once you have completed Prologue: Chapter 3 – Song of the Dragon and Freedom.

After the Storm Quest Objectives 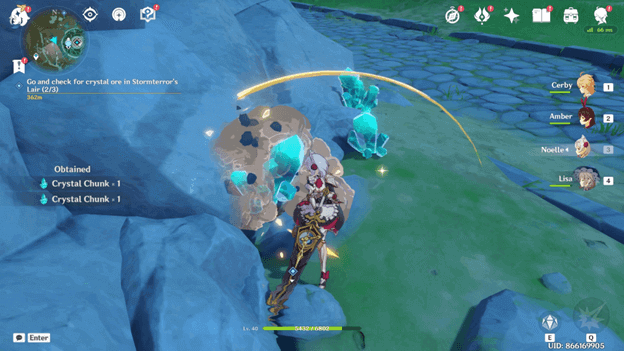 Once the quest has started, you will need to head over to Wagner (Mondstadt Blacksmith) and speak with him to find out what help he needs.

He will talk to you about Crystal Ore which was not accessible due to Stormterror making his home in what is now known as Stormterror’s Lair.

During the dialogue with him, he will mention these crystals and will ask you to check the area out and bring back some if you can.

2) Go and Check for Crystal Ore in Stormterror’s Lair

At this point, you should already know where Stormterror’s Lair is since it is the location of a previous chapter that you have already played.

You will need to head to Stormterror’s Lair and head to 3 specific spots that should be marked by waypoints.

Head to each location and feel free to mine the crystal ore in the area to obtain Crystal Chunks, there should be 4 in each area. (Using Noelle or other Claymore characters is best)

After all 3 of the areas have been checked, you will need to head back to Wagner to fulfill his request.

3) Give the Crystal Chunks to Wagner

When you have finished checking each of the areas and gathered some Crystal Chunks, head back to Wagner at Mondstadt.

Talk to Wagner and you will be able to turn in the Crystal Chunks, ending the quest.

After the Storm Rewards

After you have completed After the Storm quest, you will receive Adventure EXP, and Mora as well as additional rewards. 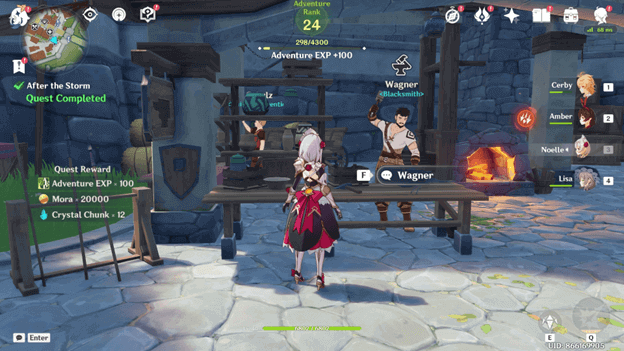 It seems that a lot was hidden from the land since Stormterror had taken over a specific area and within this location, some Crystal Chunks can now be mined easily.

Wagner was grateful for your help in checking these out and plans on doing the mining on his own in the future now that is safe.

Should you ever need Crystal Chunks, you can always head to the locations that you went to during this mission to get more.