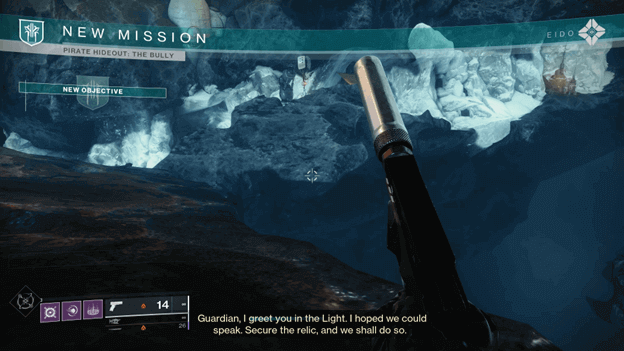 After a previous expedition, you were able to find the whereabouts of another pirate crew that is led by Arask, the Bully.

Arask loves to send his underlings to do his bidding while also taking advantage of their large numbers to get the upper hand.

You will need to infiltrate their pirate hideout and fight your way through many enemies to get to another Relic.

How To Get Pirate Hideout The Bully?

As you progress with the Sails of the Shipstealer Seasonal Quest, you will unlock the Pirate Hideout The Bully mission during quest step 36. You will need to complete this quest to proceed further with the Seasonal Quest.

You will arrive at 14072 Volterra in the Themis Cluster and will need to make your way toward the entrance of Arask’s hideout.

As you approach the door, enemies will be coming to attack you, which gives you the chance to decide if you avoid them or fight your way through.

Approach the door that is marked by a waypoint and interact with it to unlock it with your Skeleton Key, allowing you to enter the hideout.

Arask will be unaware of your presence at first but once you are inside, you will need to get his attention by defeating members of his crew 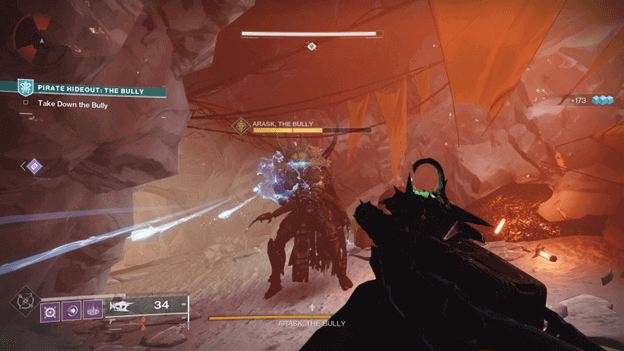 4) Take Down the Bully

Once you have gotten his attention, Arask will open up a door and send his underlings out to attack you as he joins the fray.

The dangerous part of this mission is the fact that a large number of enemies may be able to overwhelm you, so be cautious.

Fight your way through the enemies that attack you and start attacking Arask once you get the chance to do so.

Arask will retreat once you have damaged part of his health, forcing him to retreat while sending even more enemies toward you.

Continue fighting your way past the enemies that are sent by Arask and attack him as you push forward until you corner him in the treasure hoarding room.

You will be able to defeat him without any hindrances once you reach the last room.

Now that Arask, the Bully has been dealt with, you will need to take care of any other pirate members left in the area before you retrieve the relic.

With the crew dispatched and the Relic nearby, you will need to wait for some dialogue from Eido as well as Eramis before the barrier goes down.

Once the barrier is down, grab the relic and the mission will come to an end.

Completing the Pirate Hideout The Bully will reward you with Glimmer as well as a Spoils of Plunder Focused Umbral Engram. Additionally, you will be able to turn in the Relic you have obtained to the H.E.L.M. to get Repute as a reward from the Seasonal Challenges. 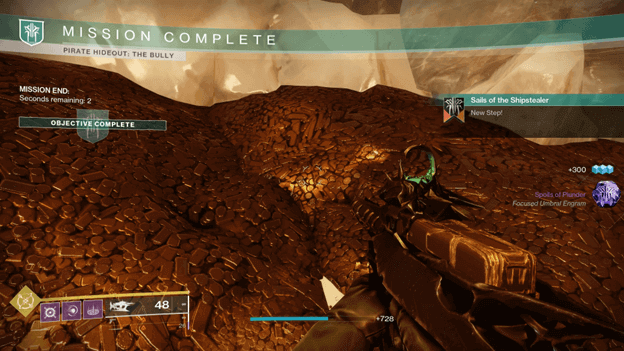 Now that you have dealt with Arask, The Bully, you and your crew have one less group to be worried about while you search for more Relics.

Another Relic has been obtained and this can later be brought back to the H.E.L.M. to be further studied by Eido, giving you Repute in the process via the Weekly Challenges.

It appears that Eramis is willing to accept the parley that Eido has offered but Mithrax may not be too happy about this as he fears for the safety of Eido.