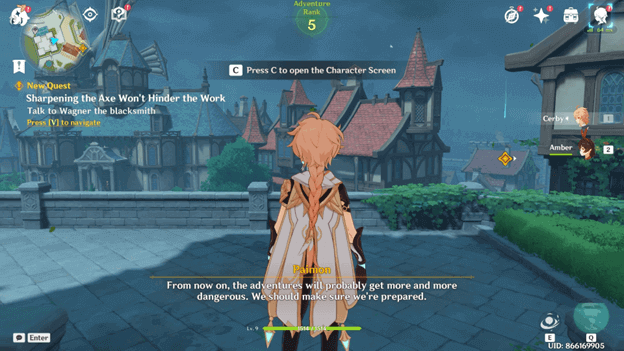 Sharpening the Axe Won’t Hinder the Work quest is a world quest that introduces you to Forging, which can be done at Blacksmiths.

Forging will allow you to craft certain items that you can use as you play the game, especially stronger weapons, and weapon enhancement items.

During the quest you will meet the Blacksmith in Mondstadt for the first time, allowing you to learn the basics of Forging.

How To Get Sharpening the Axe Won’t Hinder the Work Quest?

You will immediately receive this quest once you have finished the Knights of the Favonius quest, which appears when you are outside of the headquarters. 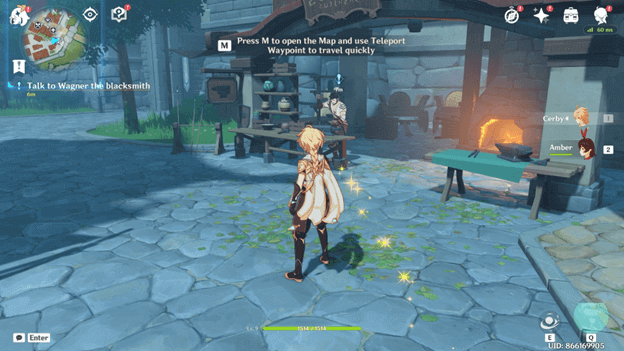 1) Talk to Wagner the Blacksmith

After you are outside of the headquarters, you can proceed with this quest by heading to Wagner, the Blacksmith of Mondstadt.

You can follow the waypoint if you select to navigate to this mission or simply head over the Blacksmith icon on your map.

Once you reach Wagner’s location, speak with him and a dialogue will begin which will eventually bring you to the Forging menu.

2) Collect Three Iron Chunks and Give Them to Wagner

You will need to go out and collect 3 Iron Chunks to bring to Wagner, which can be found nearby below the cliff to your left as you leave Mondstadt.

Once you have obtained at least 3 Iron Chunks or if you already got some on your way to Mondstadt before the quest, you could head back to Wagner.

3) Talk to Wagner the Blacksmith

After you have obtained 3 Iron Chunks, talk to Wagner and the dialogue will lead you to choose the “I’d like something made” option, which brings you to the Forging menu.

In the Forging menu, you will be able to see the items that you can forge and after exiting, a quick dialogue will commence, and the quest will end afterward.

While this quest does not provide you with any rewards after crafting, you will have already been familiarized with the basics of Forging. You will be able to find other Blacksmiths in different cities which will also allow you to craft different items later on. 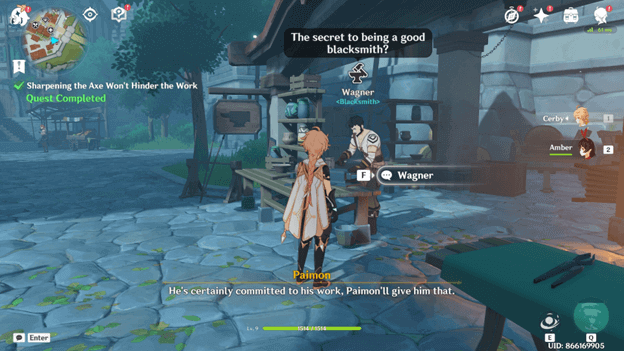 After this quick tutorial, you should now be familiar with how to craft certain types of items at a Blacksmith and may have also discovered how to mine.

While you do not have much to begin with at the start, you can see what is available for you to craft and what is needed later with other weapons and other items.

During your journeys, crafting items at a Blacksmith can prove quite useful as they can provide your characters with better equipment.

How To Get Shadow of the Warrior: Genshin Impact