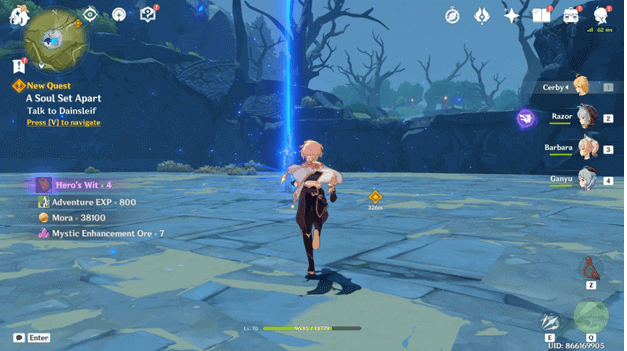 Boreas was able to give you some information that helps you and Dainsleif track down the Abyss Herald who has escaped once more.

It looks like the group is hot on the Abyss Herald’s trail and you will be able to stop the Abyss Order from what they are planning.

How To Get A Soul Set Apart Quest?

A Soul Set Apart is obtained immediately after you have saved the Boreas from the Abyss Order during the Dishonorable Trial quest. 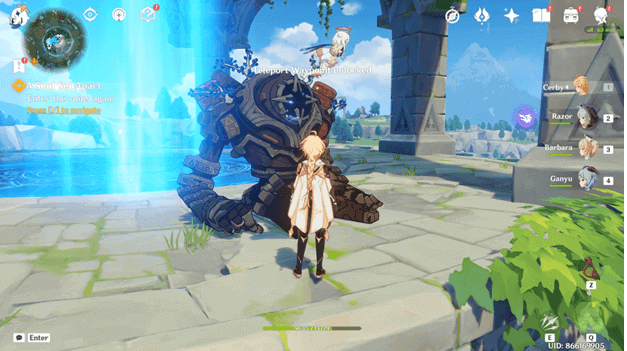 As the new quest begins, you will have to talk to Dainsleif, who can be found nearby in Wolvendom where you previously saved Boreas.

Head over and speak to Dainsleif, which will start a cutscene where you explain what Boreas had mentioned after you stopped the Abyss Herald.

Dainsleif will tell you that you’ll need to go to the Stormterror’s Lair to gather some information and check the entire area.

Teleport to the Statue of the Seven at Stormterror’s Lair and make your way toward a downed Ruin Guard which will be marked by a waypoint.

You will find that the downed Ruin Guard is just the domain and may glide down to reach it, and a cutscene will begin.

You will once again need to return to the ruins that you have previously visited in one of the past quests and can get there quickly by teleporting to the Clear Pool and Mountain Cavern Domain.

A waypoint will mark the entrance to the ruins and you will need to interact with it to enter the domain called Call of the Abyss.

4) Search for the Defiled Statue

Once you have entered the domain, continue heading up the stairs and a door will open, allowing you to go through the area where bubbles are floating around.

You will need to avoid contact with them to avoid falling, which will set you back a few meters, and will need to reach the end of the corridor. 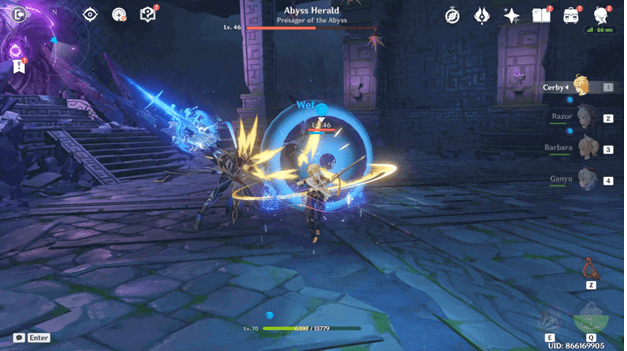 After passing through the corridor with bubbles, a cutscene begins where the Abyss Herald appears to attack your group.

This fight will be a little different from the last time you fought with him, and you will need to fight Abyss Mages as well.

It is a good idea to take down the Abyss Mages while you must dodge the Abyss Herald attacks so that you can focus on him afterward.

After you have reduced the health of the Abyss Herald, a cutscene will begin where he attempts to escape but Dainsleif stops him.

After the scene where you encounter your sibling, the mission will come to an end, and you will be left surprised by what has happened.

After you have completed A Soul Set Apart quest, you will receive Adventure EXP, Mora, and additional rewards. 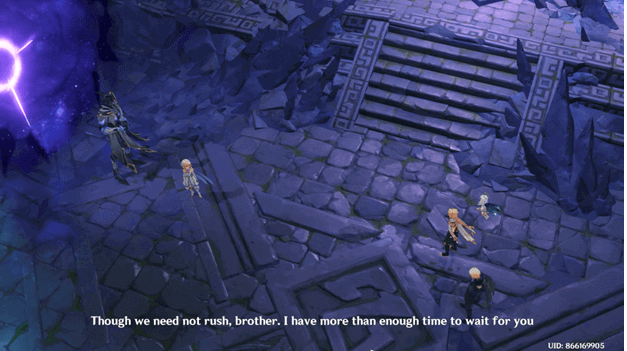 After getting helpful information from Boreas, you and the group were able to track down and defeat the Abyss Herald.

During the fight, the Abyss Herald attempted to escape but would not have if your sibling did not interfere with Dainsleif’s actions.

To everyone’s surprise, it looks like your sibling, who you have been searching for this whole time, was not too far and appears to lead the Abyss Order.