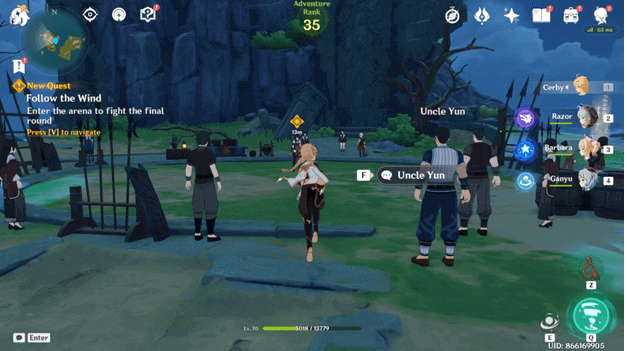 After previously winning the semi-finals in The Crux Clash, it’s time you face your final opponent during the grand finals.

You will now be back at the arena after having a conversation with Kazuha and it’s time to get back to fighting in the tournament.

While things seem to have just gotten exciting and it appears that your opponent would be challenging this time, things turn out unexpectedly.

Follow the Wind quest can be obtained once you have completed the Crux Clash quest, where you recently returned to the arena. 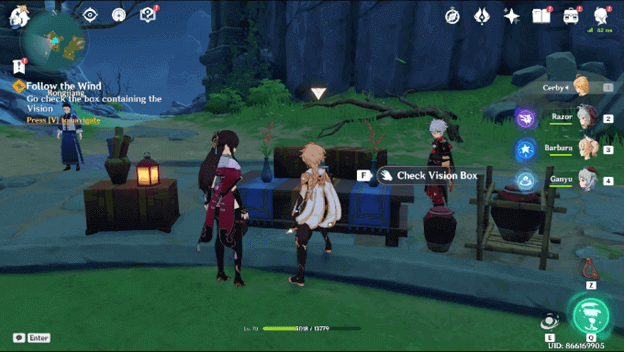 1) Enter the Arena to Fight the Final Round

Head to the center of the arena and a cutscene will play, where Beidou will introduce you first because your opponent has not yet arrived.

Beidou suddenly postpones the match due to your opponent’s absence, and Kazuha feels that something is not right in the present situation.

Kazuha suggests that you check on the prize and you will need to head over to the marked area where you can check the Vision Box.

Interact with the Vision Box which should contain the Masterless Vision and a cutscene will begin, where you discover the prize is missing.

3) Go to the Wind Current Location

Although the prize has been stolen, Kazuha has a way to track down the thief and you will need to head to pursue them.

After the cutscene, head over to the wind current and follow the path that will take you to the other side of the island. 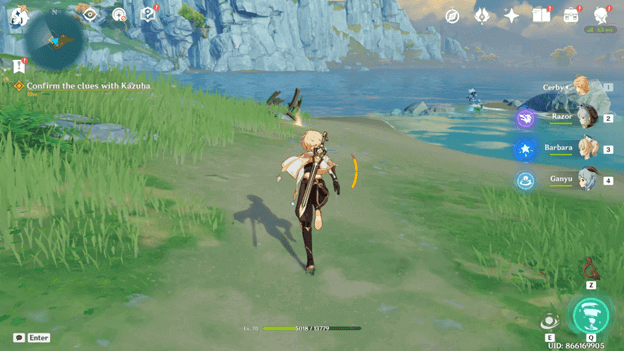 4) Proceed to the Small Island Ahead and Search for Clues

Continue making your way until you reach the other island, where you will need to search for traces of the thief.

A challenge will be active where you will need to reach the destination within 30 seconds.

5) Confirm the Clues with Kazuha

There will be a marking nearby and your waypoint will show it on the map, which you will need to interact with to proceed.

After interacting with the clue, you will need to use wind current to continue gliding to the next island, and once again there will be another 30-second timer. 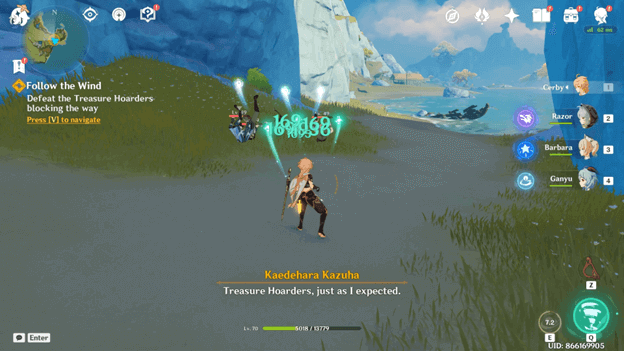 When you have reached the next island, head around the corner of the mountain, and you’ll have to fight a group of Treasure Hoarders.

8) Talk to the Treasure Hoarder Who Stole the Vision

Once the group of Treasure Hoarders had been defeated, head toward the waypoint and you will find the thief who is waiting by a pool of water.

As you get closer to him, a cutscene will play, and eventually, it will end up with you fighting against the thief.

You will fight the thief who is known as Fei the Flyer and he will try to attack you from afar but you can close in on him to easily defeat him.

10) Talk to the Treasure Hoarder Again

After the fight ends, a cutscene will begin and it appears Kazuha had no intention of punishing him and used the fight as a test to see if the thief would get the Vision.

Once the cutscene is over, you will be brought back to the arena and will need to speak to Zhuhan to begin another cutscene.

Zhuhan explains that Beidou was summoned by Ningguang, and Kazuha will explain what transpired and declare the Traveler a champion.

After you have completed Follow the Wind quest, you will receive Adventure EXP, Mora, and other additional rewards.

You will also unlock the achievement “Autumn Winds, Scarlet Leaves”. 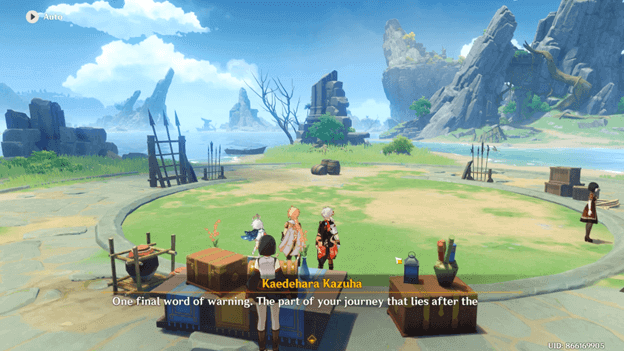 Unfortunately, you did not get to face your final opponent as it looks like he stole the Masterless Vision and tried to run off with it.

Thanks to your actions the thief has been caught, and the Masterless Vision has been returned safely to its proper place.

While the tournament did not exactly go as everyone thought it would, you are still the winner and now have a way to get to Inazuma.