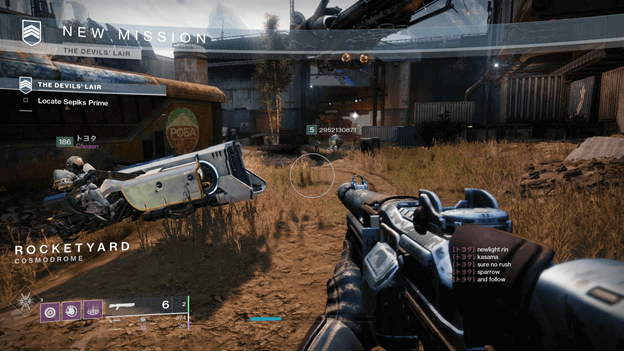 The Fallen are a force to be reckoned with, and not taking care of this threat can put the Cosmodrome in grave danger.

You and your fireteam will need to head beneath the ruins of the Cosmodrome to search for the Devil’s Lair.

Your team will need to head deep beyond an old colony ship wreckage to find the lair and put a stop to a machine god in order to stop them. 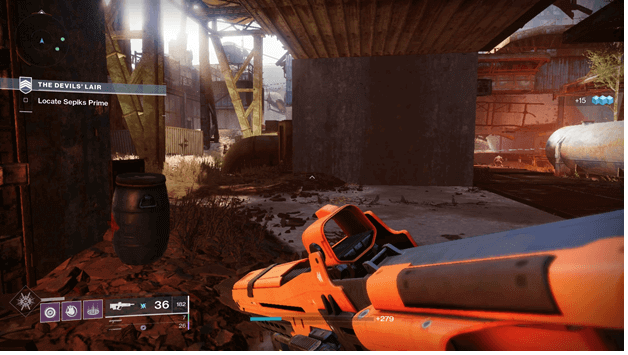 You are tasked with hunting down Sepiks Prime and will first start the mission in the Rocketyard beyond the Cosmodrome.

Get on your Sparrow and drive towards the waypoint or head there on foot, killing enemies along the way.

It is possible to skip most of the enemies in this area, and instead, you can go straight for the waypoint to save time.

Eliminate The Warring Fallen and Hive 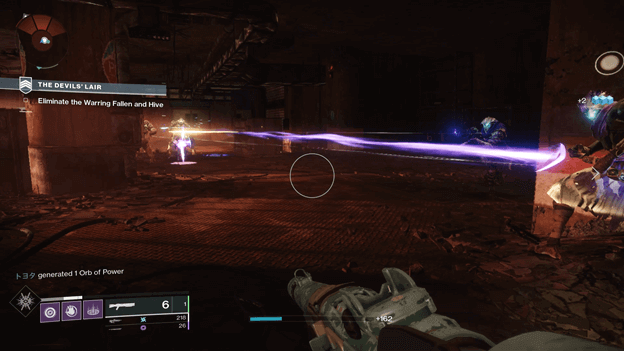 As you follow the waypoint, you will come across Fallen and Hive forces, giving you the element of surprise or even wait for one side to wind.

Take out the remaining Fallen and Hive enemies that you encounter and proceed, making your way towards the waypoint.

You can wait for the enemies to finish each other off or go blasting in to take the Fallen off guard and finish the Hive forces.

After defeating the enemies in the crossfire, make your way towards your waypoint, and you will notice that there are several Hive forces.

Continue to fight your way through the enemies and proceed towards the waypoint in search of Sepiks Prime. 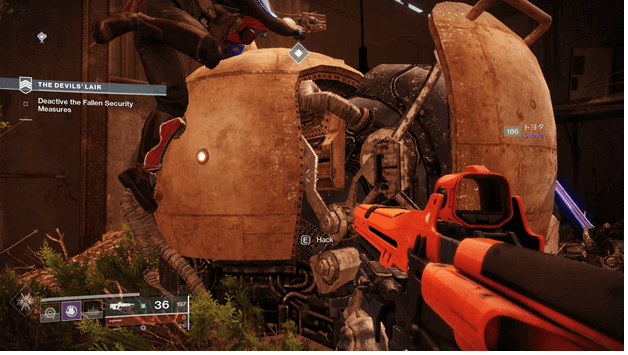 After fighting your way through enemies, there will be a set of Fallen Security Measures that block your path.

You will need to interact with the device at the end of the area to disable them, which Ghost will help by hacking.

Interact with the Fallen Security Measures device, and Ghost will start the hacking process but require your protection.

As Ghost starts hacking the Security Measures, you will need to fight off multiple waves of enemies, which will allow you to progress.

There are three instances of enemies you will need to push back as Ghost continues to hack the Fallen Security Measures.

You and your squad can take positions or simply defend the area as Ghost will not die, but the enemies will continue to swarm your fireteam. 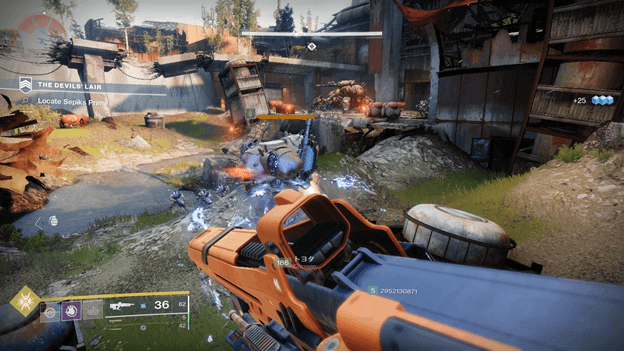 After Ghost has finished hacking the security measures, continue making your way through the facility and follow the waypoint.

You will find yourself at the existence of the facility where you will travel through The Blast (Restricted Zone), where several Fallen enemies are roaming.

As you head towards the waypoint, you will encounter several enemies that you must fight your way past, including 2 Brigs and a Walker.

It will appear that the Walker and other Fallen forces were guarding the entrance to Devils’ Lair (as spelled ingame) as so-called by Ghost. 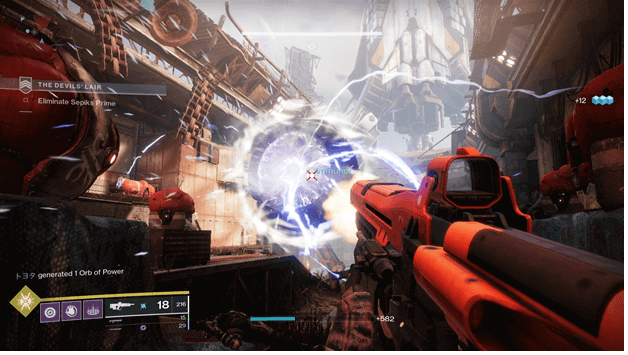 You will find Sepiks Prime inside the lair, and combat will begin immediately, but you will need to be careful as Fallen enemies assist it.

There will be phases where Sepiks Prime is invulnerable, and you will need to evade its attacks and take out the other Fallen enemies.

Sepiks Prime will teleport out of combat after taking damage and repeat its process of sending Fallen enemies to attack you.

Eventually, you can easily evade the attacks from this boss, defeat the spawn and finish the mission since there are many obstacles to hide behind.

When Sepiks summons its Servitors (Unyielding Servitors), it will be invulnerable, and you will have to take them out before dealing more damage to Sepiks Prime.

Sepiks Prime can take additional damage when you shoot it in its eye, dealing Precision Damage for a greater damage per second count against it. 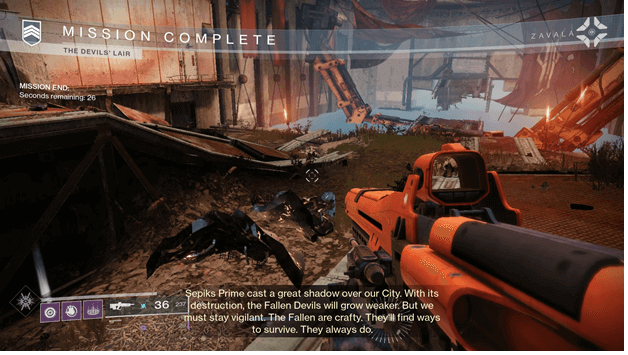 Once Sepiks Prime has been defeated, you will have ensured the safety of the City, and the Fallen will be much weaker.

Zavala, however, tells you that you will still need to be vigilant as the Fallen are crafty and may come up with other devious plans later on.

By defeating Sepiks Prime, you have restored a balance that will prevent the Fallen from having an advantage against the City, for now.