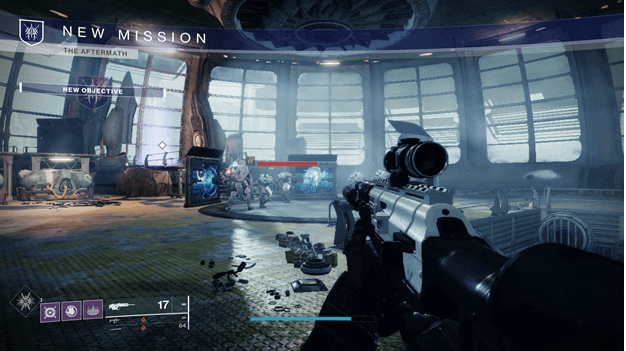 The Aftermath takes place after the events of Beyond Light and you have been sent to investigate a strange presence in Riis-Reborn.

Zavala suggests that you take advantage of the fighting done between the fighting Vex and Fallen, dealing the final blow or passing through the cracks.

You will need to push through the enemies and make your way to where a new Dark Priestess has started to take place of the previously defeated one. 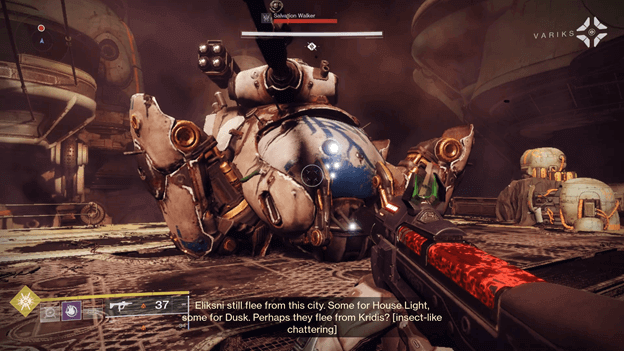 When you first spawn into the mission, you will be confronted by Fallen enemies but your objective afterward is to investigate the presence of Vex enemies.

Head towards the waypoint and you will find yourself between what appears to be a clash between the Fallen and Vex.

During this objective, you will find that there are 3 Confluxes and you will need to interact with each of them to dispel them.

After dispelling the Confluxes, continue fighting your way past the enemies as you proceed further within the facility.

You will need to collect Arc Charges and deposit them to proceed, specific enemies in the area will be holding on to them.

Look out for the Arc Couriers in the area as they will drop charges which you may pick up, these are to be deposited in the marked areas.

Ghost will notice that the Fallen are fighting better than expected and Variks supposes it’s a new leader, which makes your next goal to find out who they are.

Once you reach the next area, you will encounter Kridis, who boasts that her Kell has not been broken, instead, she transformed and will rise again.

Kridis will make her escape and several Fallen enemies will begin to appear and attack you after she slips away.

You will need to defeat all of the enemies in the area, as well as a Salvation Walker, which appears to be the toughest enemy in the mission. 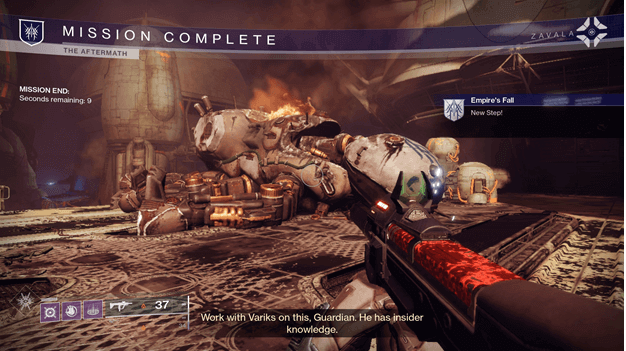 Kridis may have gotten away but this is not a defeat for you, Varkis will have knowledge that helps track her down.

Zavala reminds you that you cannot let Kridis rebuild the Fallen forces as she already succeeded in doing so previously.

You will need to speak with Variks and only together can you figure out a way to defeat the Dark Priestess before it’s too late.