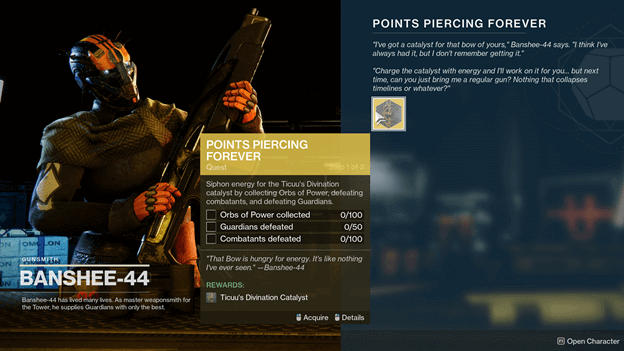 The Points Piercing forever quest allows you to obtain the catalyst for Ticuu’s Divination, improving its overall performance.

This quest involves the usage of the Ticuu’s Divination Combat Bow, which is a weapon that was obtained during Season of the Chosen.

Banshee-44 will need you to participate in events and defeat enemies to siphon energy as this Exotic Bow has a hunger for it. 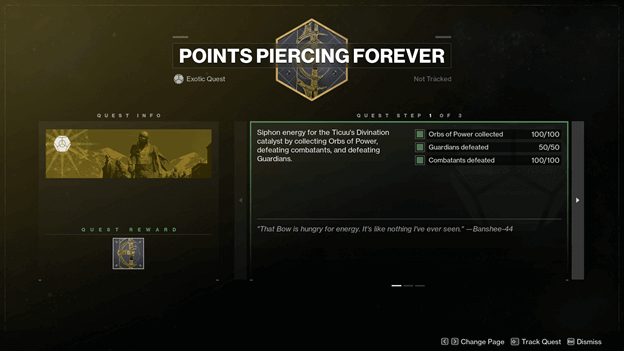 You will first need to siphon energy to feed Ticuu’s Divination before it can be improved, this requires you to accomplish the following:

While the catalyst is now charged with power, it still needs to be calibrated and you will need to complete activities to do so.

You will need to do strike playlists, The Ordeal, Gambit, Crucible, and defeat a certain amount of combatants. (Crucible/Gambit and higher-tier Ordeal completions provide bonus progress)

Head back to Banshee-44 at the Tower and he will reward you with the catalyst which is now repaired so that you can install it into Ticuu’s Divination.