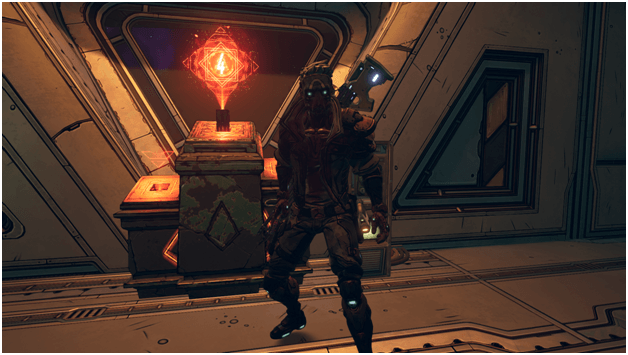 When things seem to no longer give a challenge in Borderlands, you can always count on Mayhem Mode to spice things up.

Mayhem Mode is a new feature added to Borderlands 3 which allows you to increase the difficulty of the game as well as improve the rewards for taking on such a challenge.

Enemies will become stronger; drops will become better and a whole new experience lies ahead with the new difficulty modifier. 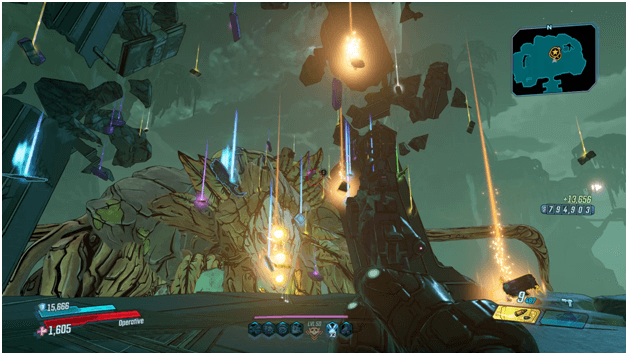 To reward those who are up for the challenge, Mayhem Mode offers additional experience, cash, Eridian and best of all, a lot of loot.

The higher the difficulty, the more you will get from defeating enemies and the chances to obtain legendary gear increase greatly as the level increases.

Aside from facing enemies that are at a higher level, there will be certain modifiers that affect either the players, enemies or both which are usually random at some point. 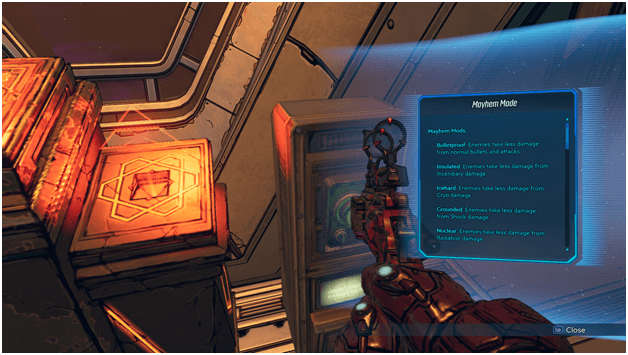 The modifiers with mayhem 1, 2 and 3 are can consist of several positive and negative buffs which may either make things difficult or hard and will be selected at random for each map that you are in.

It seems that the higher the difficulty is, the more mods that will be present along with the increase in enemy health, armor, shields and more.

The following are possible mods for Mayhem 1, 2 and 3: 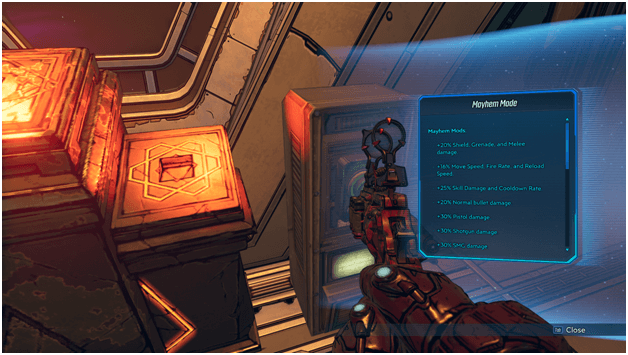 The following are possible mods for enemies in Mayhem 4:

The following are the different effects for each of the levels of Mayhem Mode that will change depending on which on is selected. 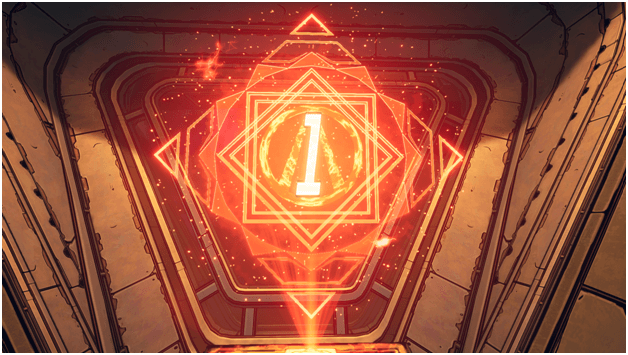 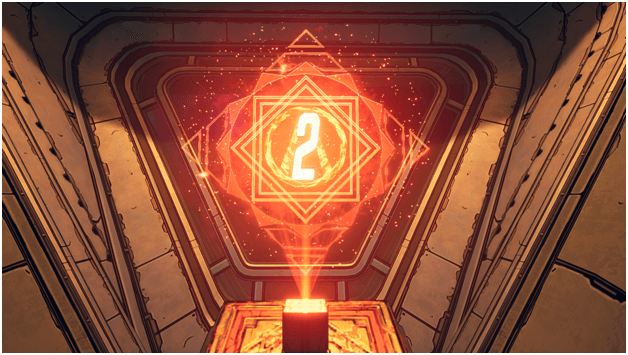 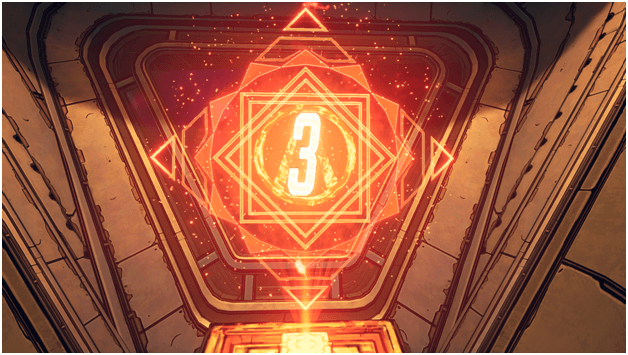 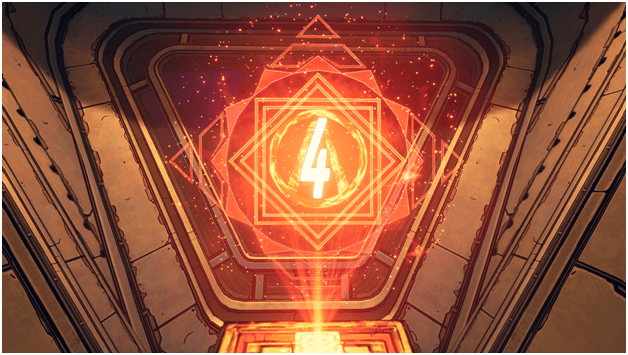 Mayhem mode will have several affects aside from buffing enemies and increasing the rewards you receive but it will also modify the areas in the maps that you go to. 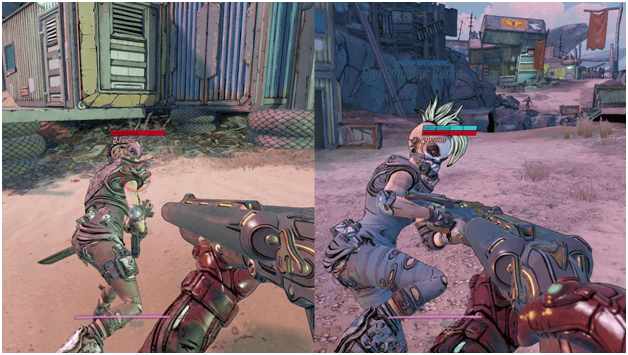 Regardless of where you go, as long as you have activated Mayhem Mode, the enemies will have their level changed to 49 and higher. 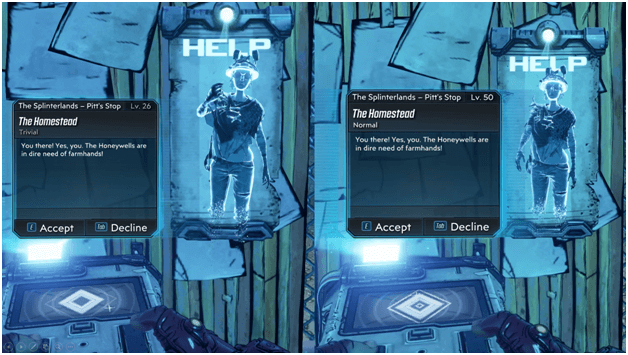 As an addition to Mayhem Mode, missions will be set to level 50 as well as the enemies within them which allow you to experience the missions at a challenging level even if you have finished the story. 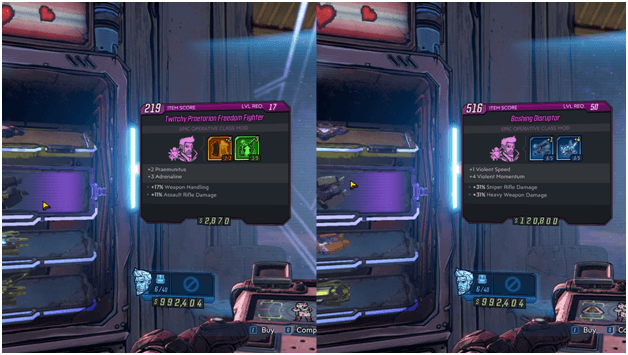 To adjust to the level that Mayhem Mode has set, vending machines will also sell gear that are equal to the level which is usually 50 in order to match your needs when gearing up.

How To Unlock Mayhem Mode? 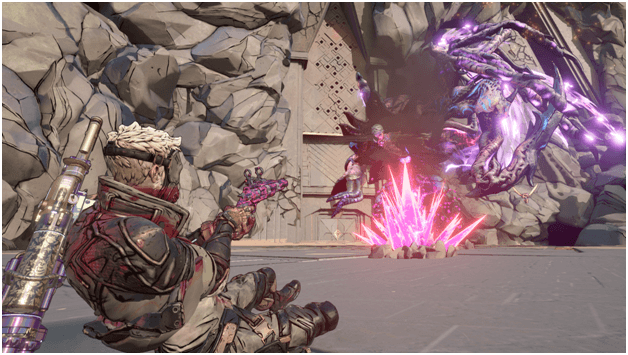 In order to unlock Mayhem Mode, you will simply need to just finish the story which will then allow you to continue playing and make the Mayhem Mode feature available. 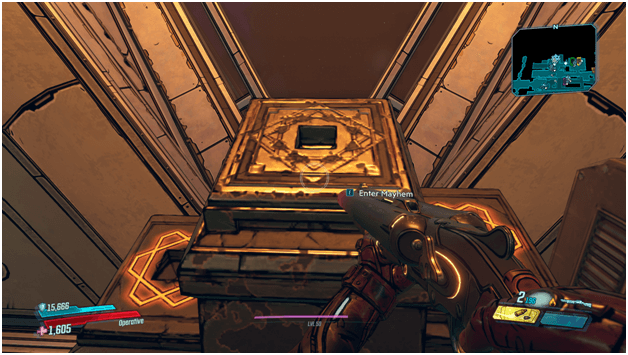 In order to activate Mayhem Mode, head across where Tannis’s lab is and you will see the activation device which allows you to activate, deactivate and set Mayhem Mode levels.

To adjust the levels of Mayhem Mode, simply press the buttons on the left or right and in order to turn it off, press the center of the device. 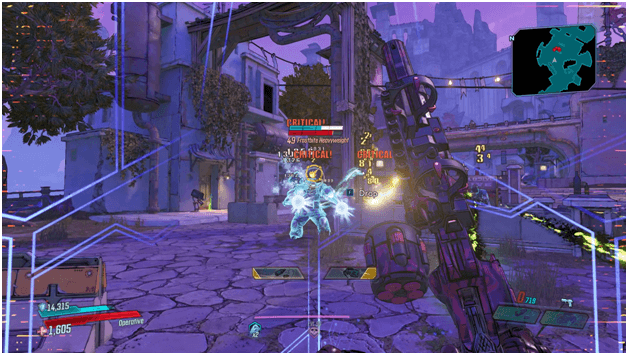