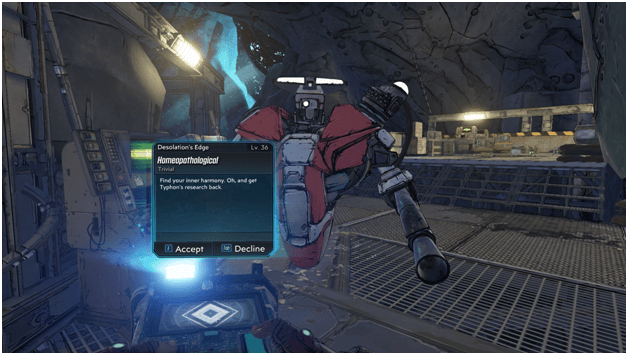 Typhon’s data was given to a bot name Tern but this robot eventually went of and started his own thing which makes him a liability if Maliwan was to capture him and get the data.

Your mission is to head over and find him to get the data back regardless if you need to take it by force or peacefully. 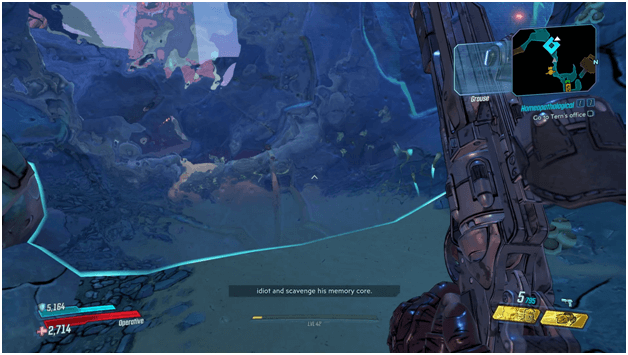 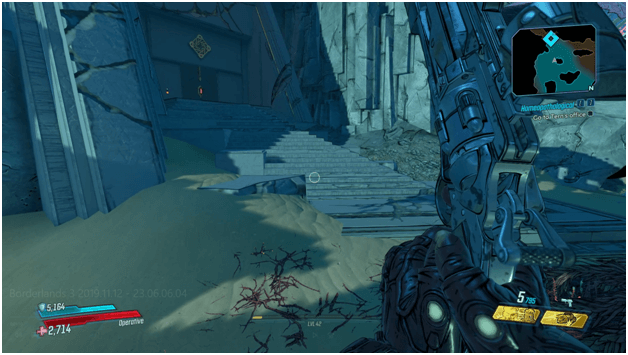 Continue making your way to the waypoint until you reach Tern’s office which will be up a flight of stairs and the doors will be locked. 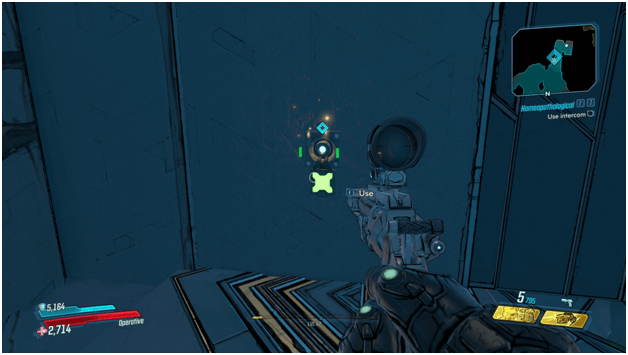 Press the intercom at the side which will turn green once you arrive at the location in order to establish communication with Tern. 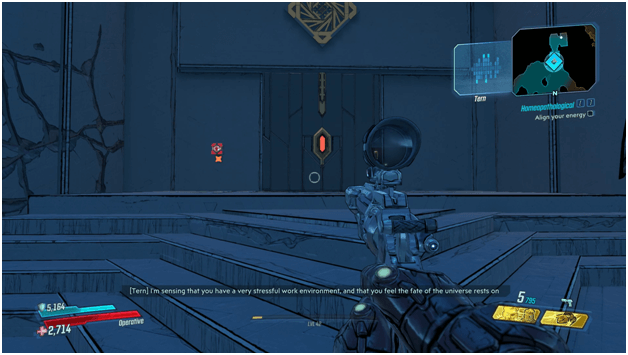 Tern will ask you some questions as well as have you align your energy which basically means just standing in the spot marked by a waypoint. 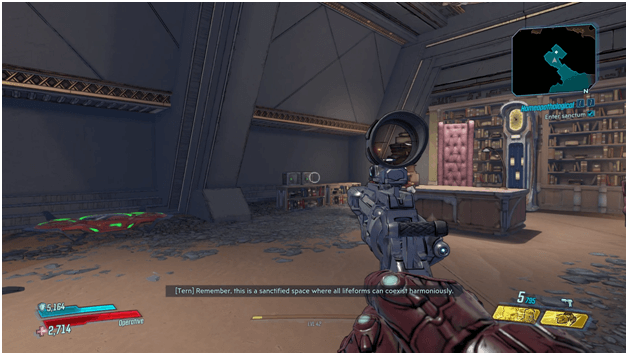 Tern will be inside his office and will resemble a psychiatrist by the way he speaks to you as if you currently have a session with him. 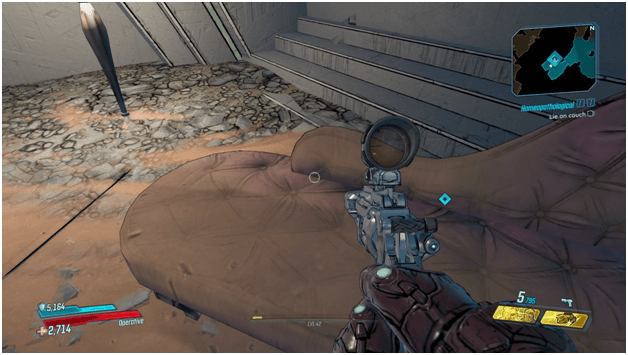 Tern will ask you to lie down on the couch similar to how psychiatrists would diagnose or speak with patients.

You of course won’t be able to lie down and your character will make a statement declaring this. 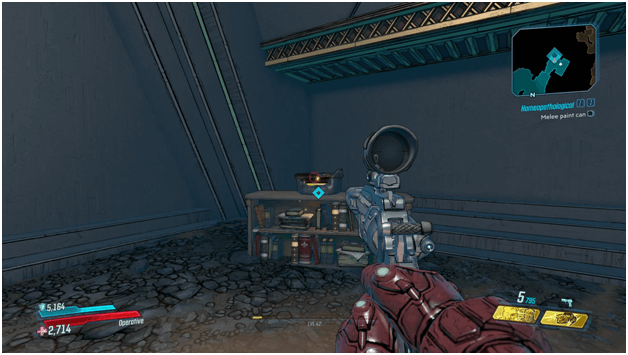 After not being able to lie down to talk with Tern, he will ask you to take some paint on a shelf and express yourself with it on the wall. 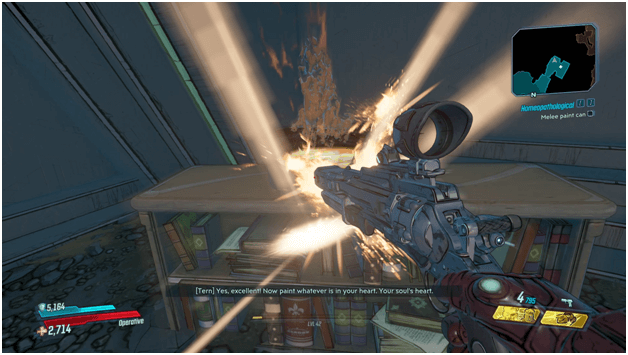 Perform a melee attack on the pot with paint in it and head towards the way to begin expressing yourself. 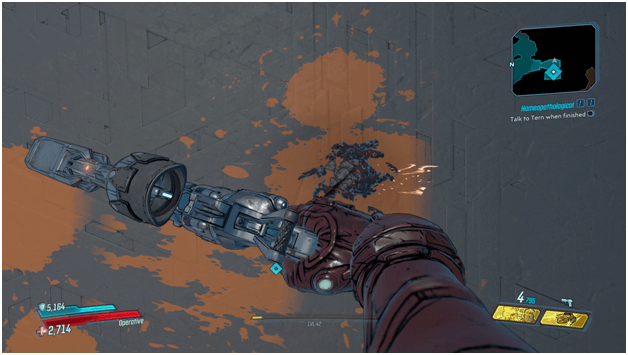 Melee hits will allow you to splatter paint on the wall and you can continue doing this as much as you want before stopping. 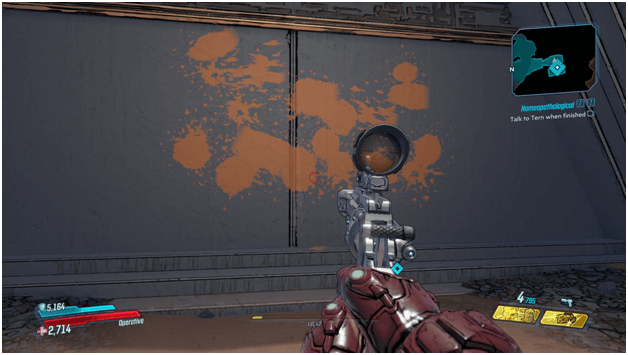 After you are done scattering paint on the wall, head back to Tern and speak with him for the next step. 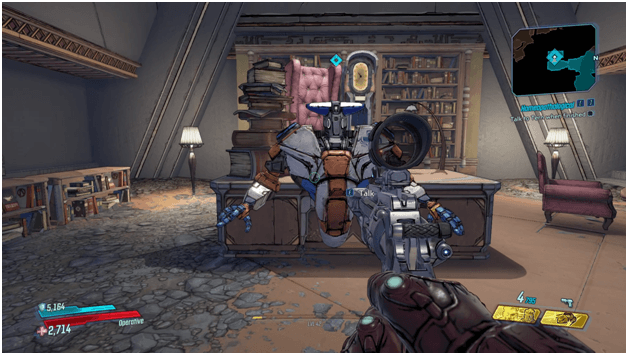 In an attempt to test your anger and control, Tern will ask you to open a nearby red chest to get some loot from inside. 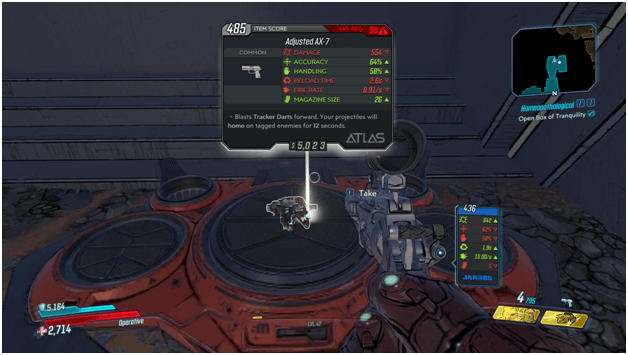 Upon opening the chest, there will be a level 50 common item as Tern intended this to make you angry.

He will ask how it makes you feel and your character will give a response relating to being annoyed. 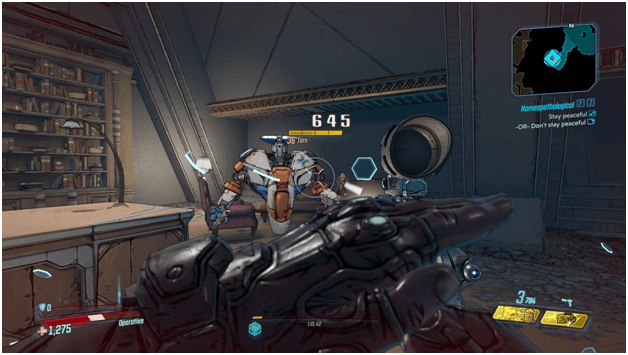 Tern will then ask you to set your anger aside and go through with everything peacefully but this can end by when you kill him.

He will say that he will let his guard down but will start firing at you even if you just attempt to reload your weapon.

Decide whether you want to do things peacefully or simply kill Tern to move on with the mission. 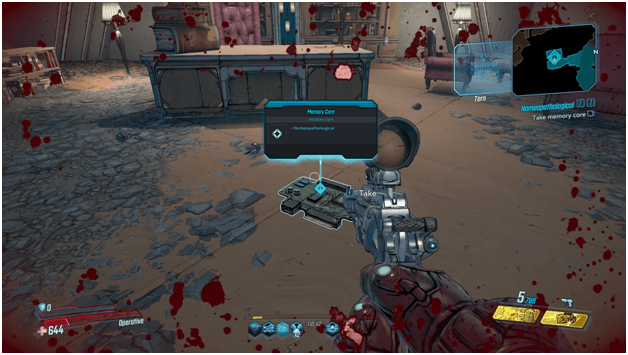 Once Tern is killed, pick up his memory core which you will need to return to the robots back at the mission starting area. 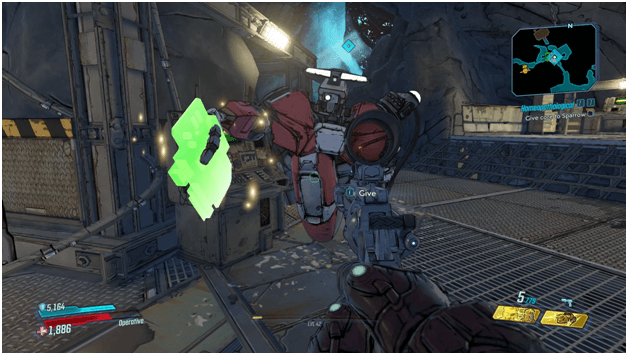 Hand over the memory core to Sparrow and the mission will come to an end and you will get your rewards. 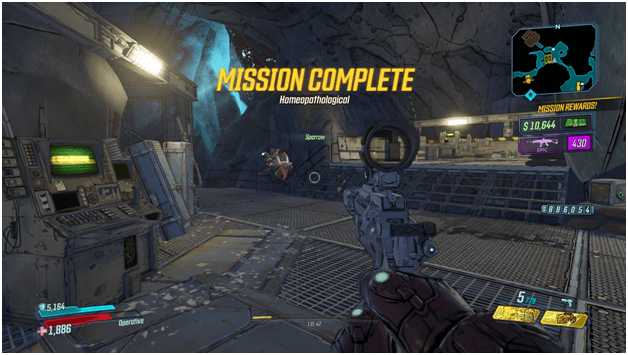 Upon completion of the Homeopathological mission, you will be rewarded with around 10,664 cash and the “Amber Management” assault epic rifle. 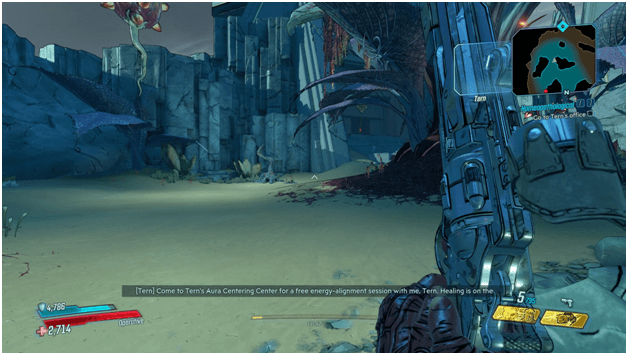