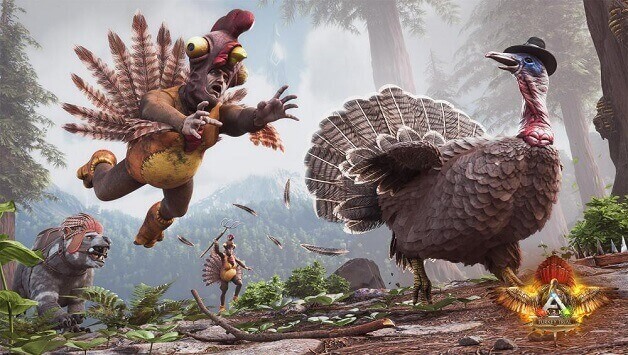 Studio Wildcard is at it again with a returning event known as Ark: Turkey Trial, which introduces Super Turkey into the game.

If you are familiar with the previous Ark: Turkey Trial events, you will know that these can be killed to get Wishbones, which can be used to craft event goodies.

Killing these creatures is not as easy and you should not judge them by their looks because they can be quite deadly.

Where To Find Super Turkey? 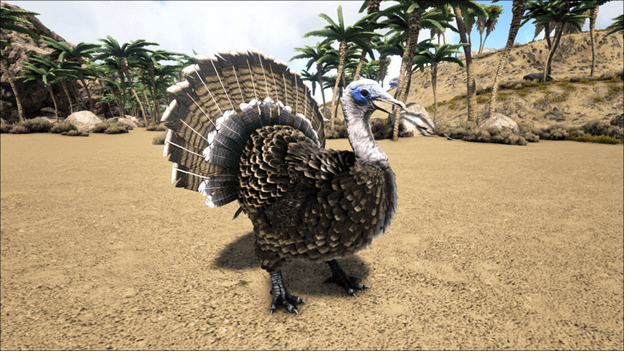 Super Turkeys can be found on almost all parts of the maps and are usually seen near the shores, making them easy kills since they can’t attack in the water.

The best way to find a Super Turkey is to fly around or get a fast Dino that you can use to scout the area and you should run into a bunch of them eventually.

Sometimes there will be more than one Super Turkey in the area but they are not aggressive and will only attack once threatened.

How To Kill Super Turkey?

While the Super Turkey appears to be small and helpless, it is in fact difficult to kill if you use the wrong approach.

Super Turkeys take reduced damage from tamed creatures which makes them difficult to kill, even to the point where they can take down a Rex.

Your best bet would be to use a Giganotosaurus as they ignore the Super Turkey’s defense or use weapons to deal damage to them.

Another good way to kill Super Turkeys is to use ranged Dino attacks such as a Wyvern’s breath, and Managarmr’s freezing beam.

It appears the Therizinosaurs can also deal a good amount of damage if you attack it with its bite attack, which ignores its defense.

If you are still having trouble at this point, you can always make a trap using stone structures to seal them in and just attack them from a safe distance. (They cannot damage stone)

Super Turkeys cannot attack you in the water, so this can be used to your advantage if you kite them there to attack them.

The best way to kill a Super Turkey is to kill them with a Giganotosaurus as it deals massive damage and will kill them in a small amount of time.

Your best choice for a Wyvern would be the Lightning Wyvern due to the damage and duration of its lightning breath attack.

Managarmrs are good for their versatility and the damage they can deal with their freezing breath and Velonasaur are also a top choice if you have a bred one.

Super Turkeys will drop Wishbones when they are killed, which can be looted from their inventory or will go straight to your tamed creature upon kill.

Wishbones will only drop during the Ark: Turkey Trial event and are mainly used during the event for skins or summoning.

Wishbones are mainly used for crafting skins during and emotes the Turkey Trial event but can also be used to summon a DodoRex.

The following are the uses for Wishbones in the Turkey Trial event:

While it seems that the Super Turkeys are very hard at first, they become quite easy to kill once you have gotten used to them.

It is best if you use less tamed creatures to avoid a lot of them getting killed and just stick to one or two (best if mate boosted) ones to kill them with fewer to no casualties.

Keep in mind that Super Turkeys are relentless and will follow you even across the water so be prepared or you could end up being its prey.