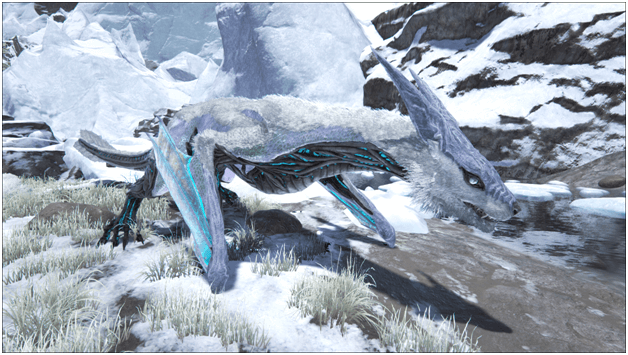 Draconis Auragelus is a carnivorous creature from the post-Holocene period that has an aggressive temperament.

It has a long sleek feline form that has four legs and short webbed wings on its front legs and possesses the ability to breathe out a freezing torrent to disable its victims.

In the wild, these creatures can be seen either running or flying around, searching for prey that they can take down.

If approached by humans these creatures will start moving rather quickly, getting in position to try and freeze the survivors or their tames in order to kill them.

Once tamed, Managarmr are great mounts that offer suppression against enemies as they can continuously deal damage as well as slow or even freeze enemies. 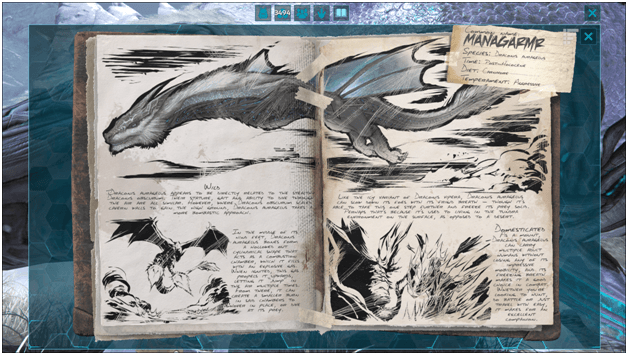 Managarmr have been linked to Rock Drakes and appear to share similar features although alterations to its genes have occurred during the events of Extinction.

These creatures have evolved to have hollowed bones towards their feet that they can fill with combustible gases to propel them upwards as well as boost themselves in different directions when performing evasive maneuvers.

It is known that there is a resemblance between the Managarmr and the Ice Wyvern as it has also adapted to utilize the ice element to use against its prey.

Tamed Managarmr are able to carry up to three passengers without losing any mobility and along with its maneuvers and icy breathe, this creature makes a perfect assault mount. 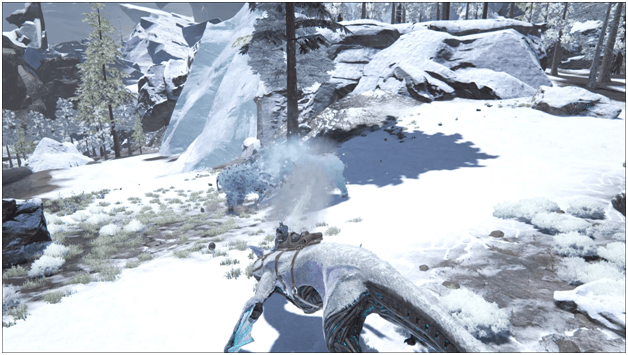 The Managarmr breathes out a straight batch of ice which can slow and freeze enemies in place as well as deal sustained damage. 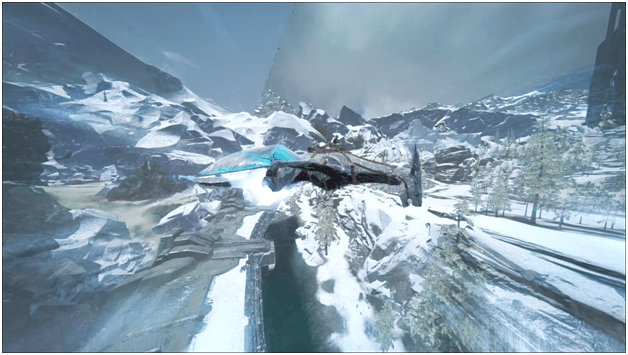 While airborne the Managarmr can dash forward at extreme speeds, damaging living things that it come in contact with along the way.

Default Controls: You would need to be airborne to do this ability. 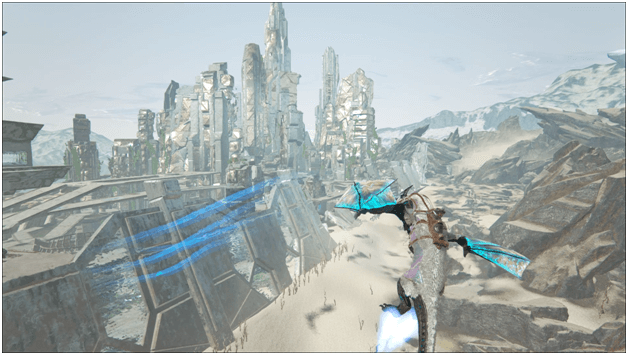 Managarmr can perform small dodges in the air to avoid attack or to reposition itself when airborne.

To Propel you upwards

To control your left and right movements

The Managarmr is quick when on land and can traverse a long distance and when leaping upwards and dashing through the air it can reach further areas or unreachable places.

Being able to deal sustained damage from its frost breath as well as with its normal attacks, the Managarm is considered quite a pain to some enemies.

Being able to transport up to 3 survivors, the Managarmr makes a good multi-purpose transportation creature.

When the Managarmr uses its icy breath, it can slow and even freeze enemies, making them great for giving enemies a hard time.

Utilizing the slow and freezing that can be accomplished by its icy breath, tribes may take advantage of such an ability to tame other creatures. 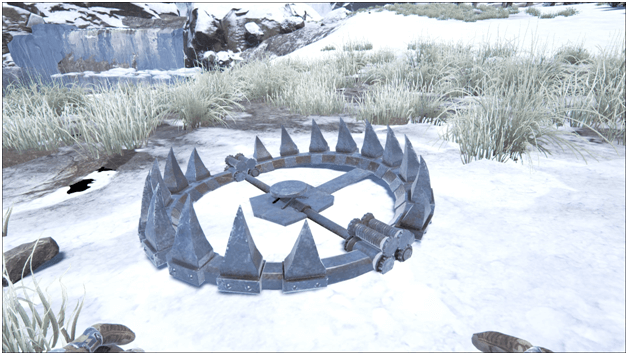 Managarmrs are very annoying to train at times and it is a good idea to use a Large Bear Trap before attempting to knock it out. 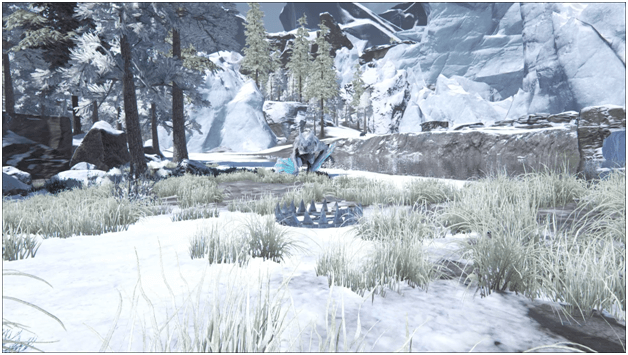 Once a Large Bear Trap has been set, the Managarmr will eventually walk into it fi you get its attention and bring it there. 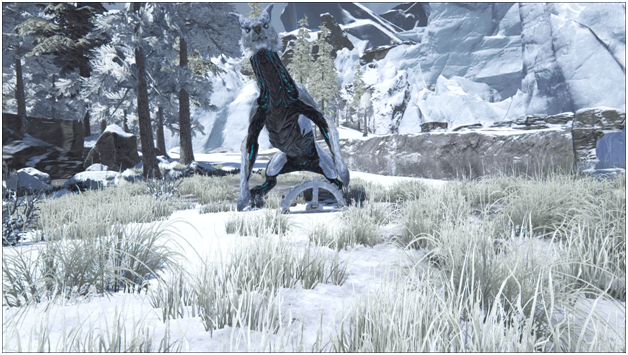 Once caught in the Large Bear Trap, you can take advantage of its immobility which should be enough to allow you to tame it. 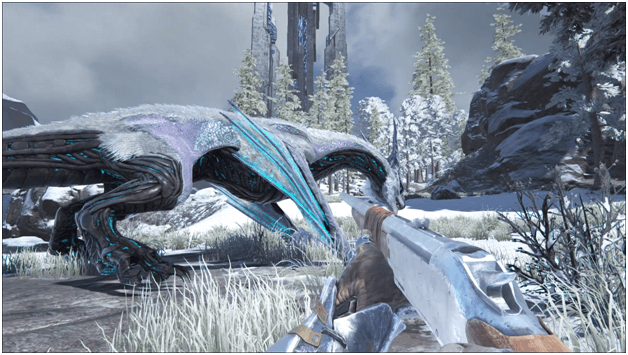 Once a Managarmr has been caught in the Large Bear Trap, you may either build a trap around it to prevent it from escaping. 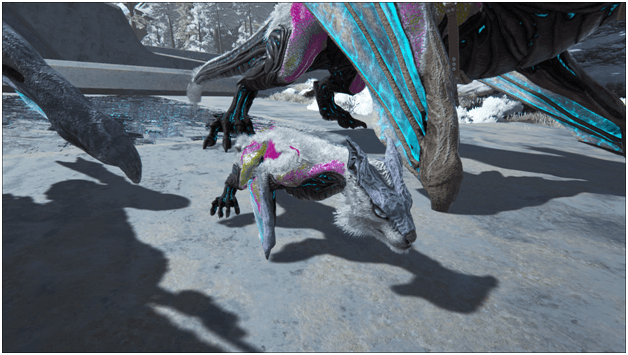 When a male and female Managarmr mate, the female will undergo gestation and eventually give birth to a Baby Managarmr.

Managarmr can usually be seen in the snow biome where it usually hunts for prey that it can turn into tis food.

Maps where there are Managarmr:

The following are spawn maps where the Managarmr can be found 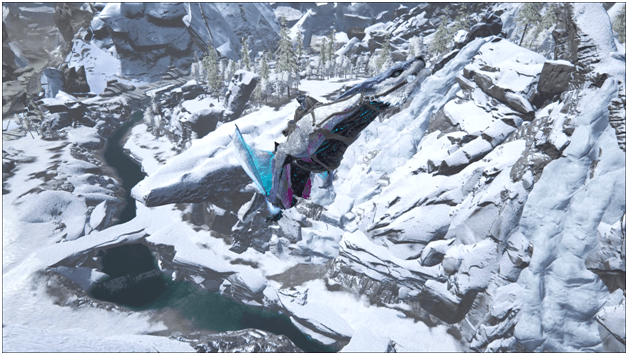 Managarmr are creatures that have adapted to Extinction very well and are able to traverse different terrain quite easily while it also has the means to protect itself or escape in certain situations.

These creatures have evolved far away from the natural breeding methods of its ancestors, by gestation instead of laying eggs to better care and protect its offspring to ensure their survival.

Overall the Managarmr are powerful and mobile creatures that will freeze enemies dead in their tracks and even make flyers plummet to their deaths, making it a prized tame for most tribes.