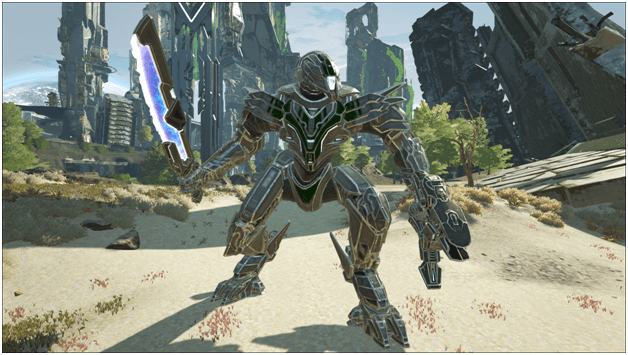 The RX-103 Mek is a robot that was created during Extinction for survivors to fight off the creatures driven by corruption throughout the ARK.

Meks are large robots that have been used by the survivors in Extinction which have different Modules that can be equipped based on the intentions of its user.

These large robots may be used to fight both creatures in the wild, especially corrupted variants in Extinction and can even be used when assaulting other tribes. 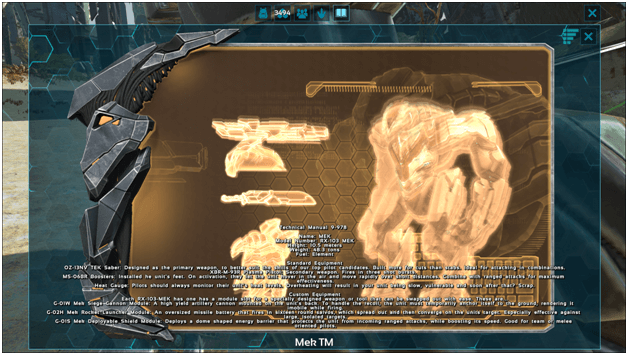 The Mek initially comes with two main weapons but can also have a module installed that gives it an additional function.

It weighs around 48.3 tons and stands 10.5 meters in height, making it tower over almost any creature and remain tenacious enough to face even the strongest of enemies.

The main weapons on the Mek are:

The Mek Saber is a primary melee weapon designed to be used by the top pilots that would pilot the Mek which has been designed to cut through almost anything.

To give the Mek a ranged advantage against enemies, it is equipped with the Mek plasma pistol which fires 3 burst shots. 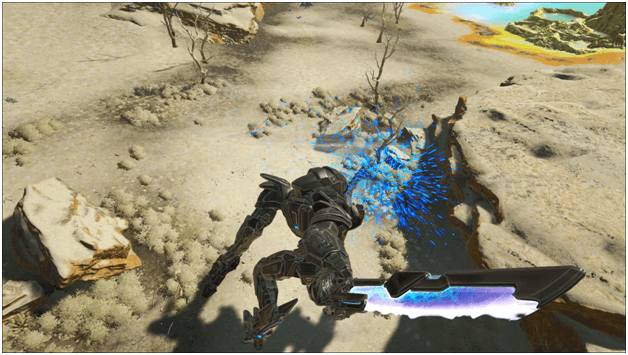 The Tek Saber is the primary weapon for the Mek that is mainly used to fight enemies at close range and even destroy structures.

Using the Primary Fire button/key will make the Mek use the Tek Saber.

Moving forward will cause the Mek to thrust the sword forward while moving backwards or to the side will cause it to swing the sword in coordination with that direction. 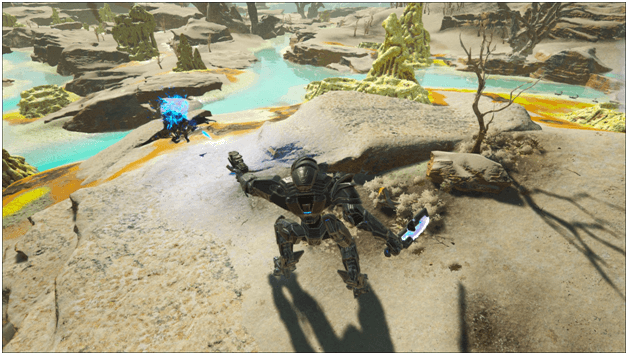 The Mek can use its plasma pistol to damage enemies from afar, firing 3 shots every time the trigger is pulled.

Holding the alternate fire key/button will cause the Mek to aim the plasma pistol while pressing the primary fire will fire the weapon. 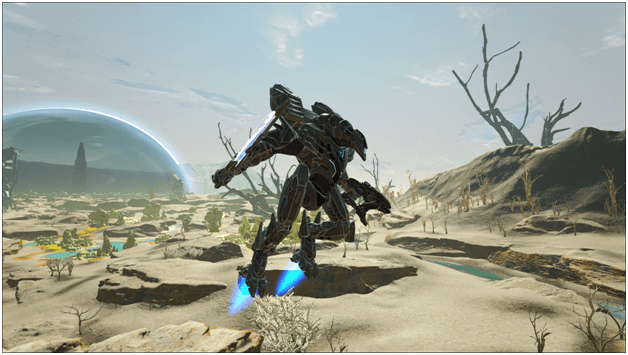 The Mek is equipped with boosters on its feet which allow it to hover over most of the terrain, allowing it to catch up to enemies or to avoid dangerous or rough terrain.

Holding the jump button/key will cause the Mek to hover. 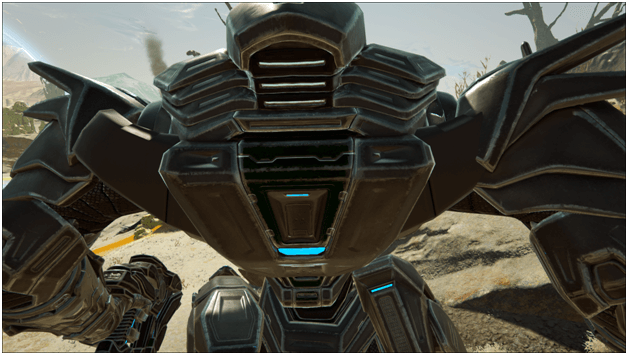 Aside from its normal weaponry, the Mek is customizable and can have an additional module installed which provides it with an extra ability depending on which module has been selected.

These Modules may be obtained from drops as well as defeating Titans in Extinction. 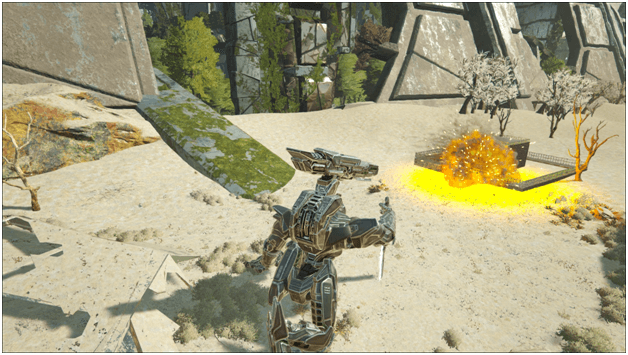 The Mek Siege Cannon Module equips the Mek with a large cannon on its back that fires Cannon Shells, dealing damage in a large area that is capable of damaging creatures and structures. 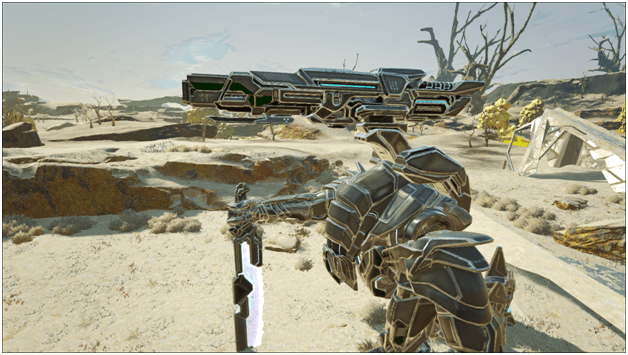 In order to fire the Cannon Shells from the M.S.C.M. the Mek must enter a stance where it kneels and supports itself by digging the Tek Saber into the ground to handle the recoil of the weapon. 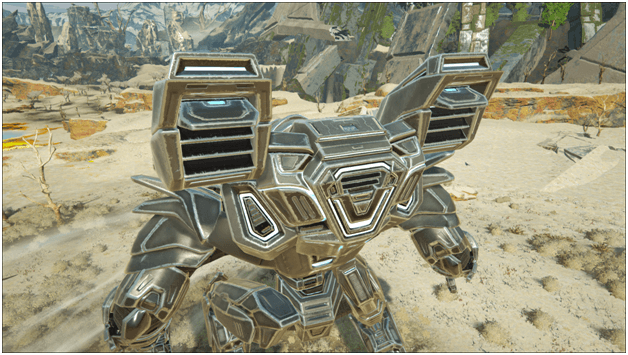 The Mek Rocket Launcher Module fires a cluster of rockets that scatter forward and cause explosions where they have been fired, damaging anything that they hit. 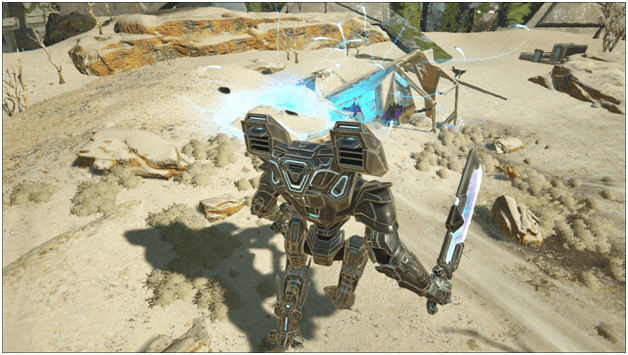 Using the M.R.L.M. does not require the Mek to stand still and may be used freely while the Mek is in motion. 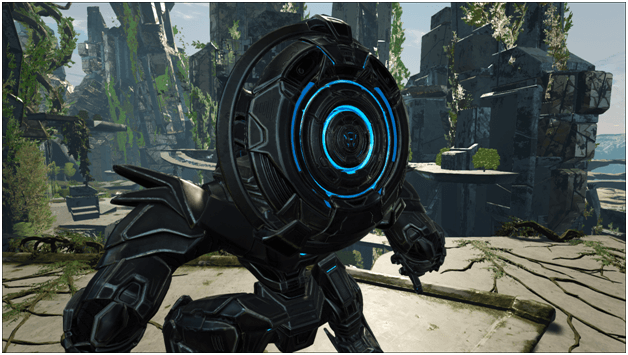 The Mek Deployable Shield Module creates a large sphere that reduces the damage that allies take and afterwards increases the amount of damage that enemies receive. 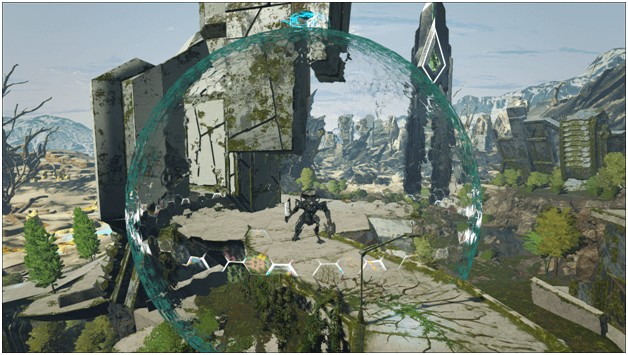 The M.D.S.M. may be activated or deactivated whenever needed which may come in handy as having it deployed will generate heat, causing it to deactivate once too much heat is accumulated. 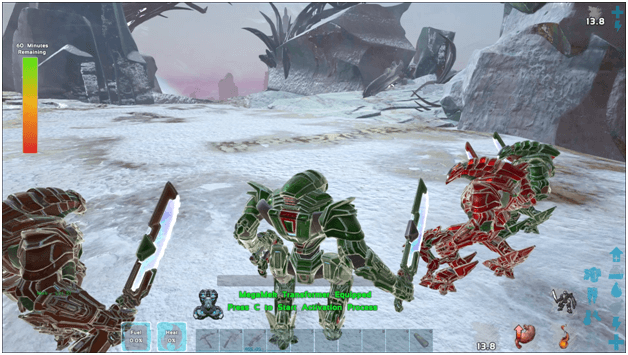 The M.O.M.I. allows four different Meks to combine into the MegaMek which is used when fighting the Alpha King Titan. 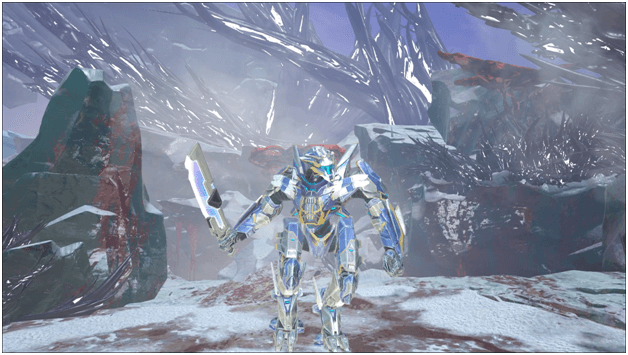 The MegaMek can only be formed by combining 4 Meks together(only one needs to have the M.O.M.I.) when facing the Alpha King Titan.

Meks were clearly made for combat and do well when it comes to a fight, especially when used in Extinction as the corrupted creatures can be handled very well using these robots.

The Mek is capable of dealing a lot of damage to other creatures and can prove quite well during a fight while many have also used these to defend anomalies in Extinction such as Orbital Drop and element Vein encounters.

While they cannot always take on a lot of damage, when given the chance, Meks can be used to damage structures and can assist greatly in raiding other tribes. 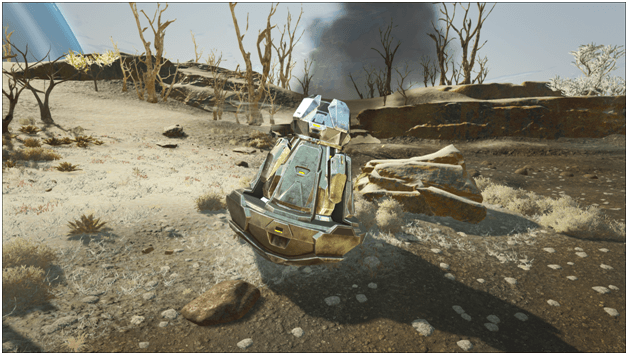 Mek blueprints may be obtained by defeating either defeating Titans or from completing Orbital Drop defenses.

The Mek does not have a saddle and instead, the pilot enters it to control it, remaining safe until the Mek is destroyed.

Meks cannot be duplicated in any way as they are constructed which also leads to the only way being able to get a stronger Mek is to acquire a better Mek blueprint as loot.

The Mek explodes when its health becomes critical, leaving nothing behind to collect except for whatever was in its inventory.

The Mek cannot be found anywhere on the map but can instead be crafted from a Tek Replicator. 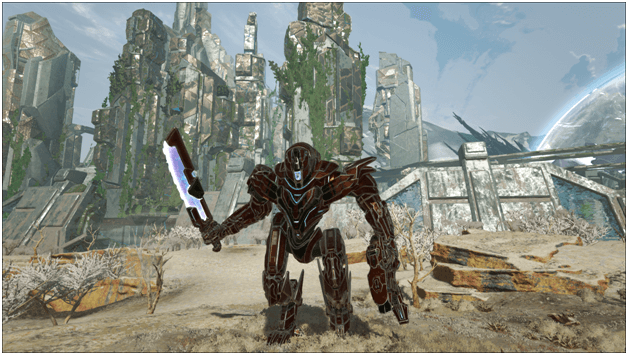 The Mek may not be the easiest robot to craft but they certainly do reward those who are capable of making them later on.

With their destructive capabilities towards enemies and structures, these mechanical units in the right hands can mean certain doom for those that oppose its tribe.

Tribes mainly utilize these powerful robots to deal with other tribes as they can easily destroy bases, provide protection during an attack and even clear out enemies in mere seconds.

Since the Extinction event occurred, many tribes have put these to good use in both defending points of interest as well as protecting their bases or those within a tribe.