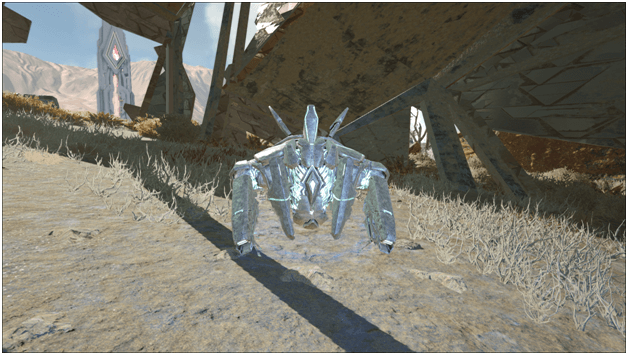 Scouts are passive robots that can be seen roaming the abandoned city in Extinction and have connection with the Enforcers as they seem to find the targets for them.

These do not attempt to attack survivors but in the events that there is a threat to the Scout or other non-violent creatures, the Scout appears to alert the Enforcer to do its job and defend innocent life.

Survivors may build scouts once they acquire the means to do so which allow them to use their ability to survey areas and even keep track of creatures or enemies nearby. 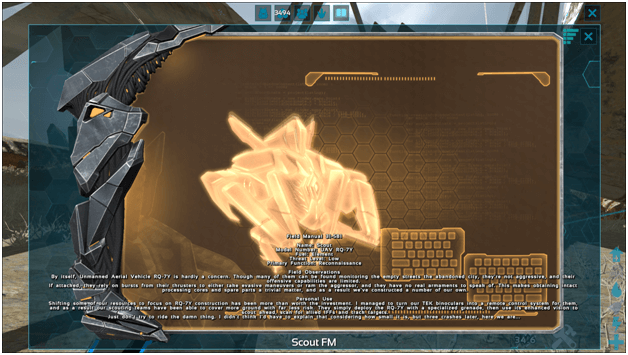 Scouts do not pose any threat to any creatures and in fact, they will actually run away at the slightest moment they are threatened by using boosters but it has been seen sometimes that they would ram into any threats and escape afterwards. 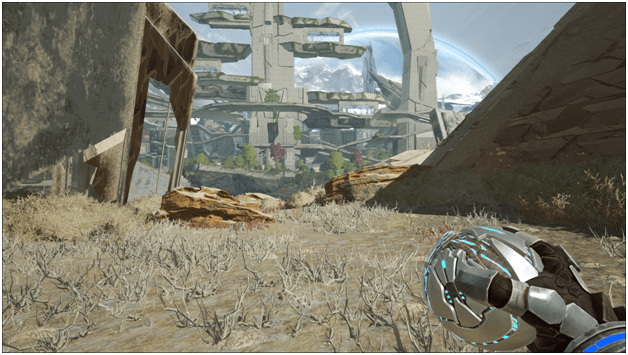 The Scout is not a permanently deployed unit and instead is considered as a tool or weapon that can be equipped. 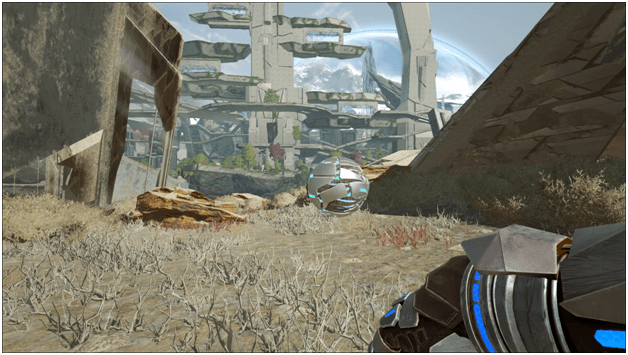 Once equipped, the Scout may be deployed by throwing a sphere that turns into it and after it has been deployed, the survivor will open its view through its monitoring equipment. 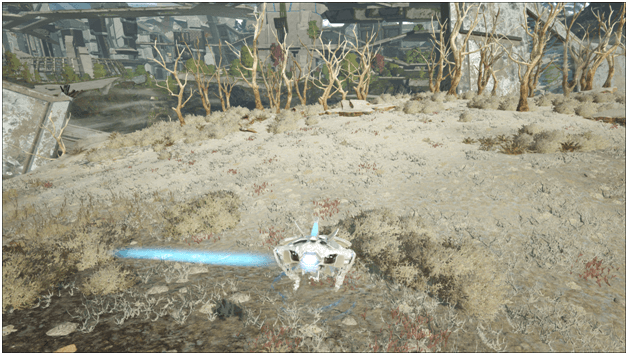 The survivor will then be able to control the Scout, moving it around and even using its abilities which are either to mark a target or to use its boosters. 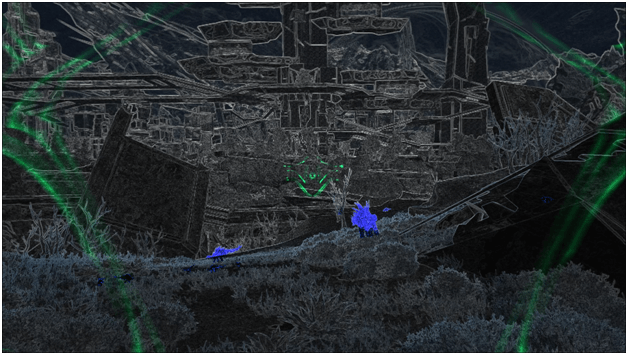 At any time, you may exit from the Scout controlling mode by pressing:

Once you have exited the scout, you may use it again by pressing the primary fire button but you must have it equipped as it is possible to exit the Scout view and use another weapon.

Pressing the alternate fire button when out of Scout mode will recall the Scout so you may deploy it again by throwing it.

(Press alternate fire when not in Scout mode) 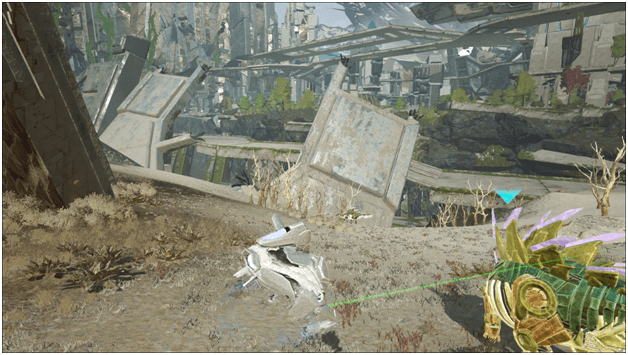 The Scout can use this ability to mark a target, showing their location even after the survivor stops accessing the scout. 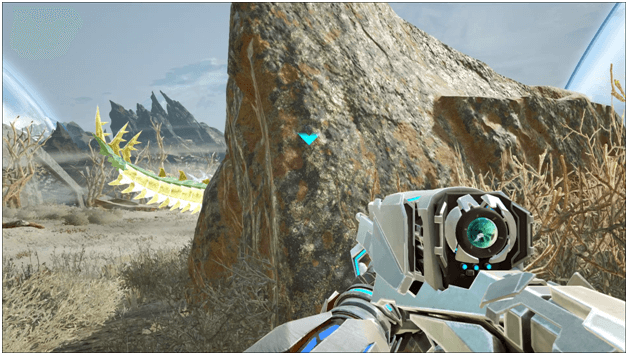 Marked targets will be seen from a very long distance and their position will continue to  show, even behind other objects. 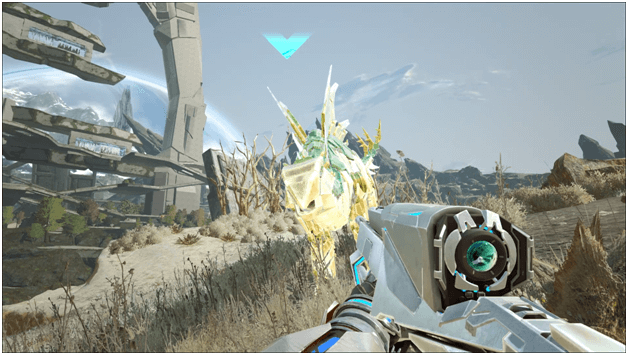 The Scout may mark may be removed by using the ability again on the said creature and whenever Scout mode is exited, the markers will remain for a duration of 60 seconds.

Pressing the primary fire key will fire a beam that will either mark or unmark a target. 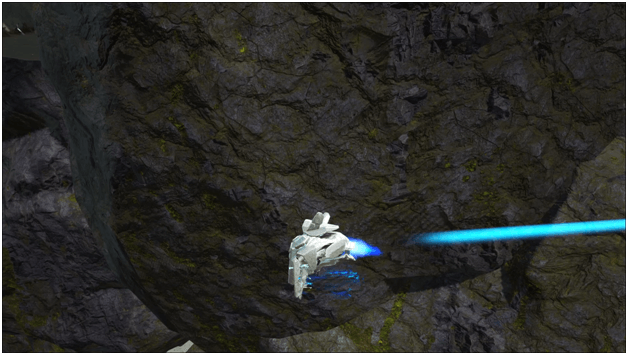 Utilizing its boosters, the Scout can gain momentum and boost forwards to the direction it is facing. 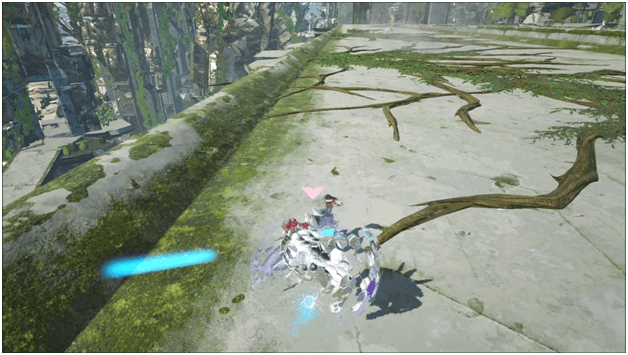 If the Scout collides with another creature, they may deal a small amount of damage and even knock the creature back.

Although the Scout does not bring the survivor anywhere, they can be used to fly around and survey the area to provide the tribe intel on a specific location.

Not only can the Scout see enemies with its enhanced vision, it can also mark enemies and allow its owners to keep track of the marked targets. 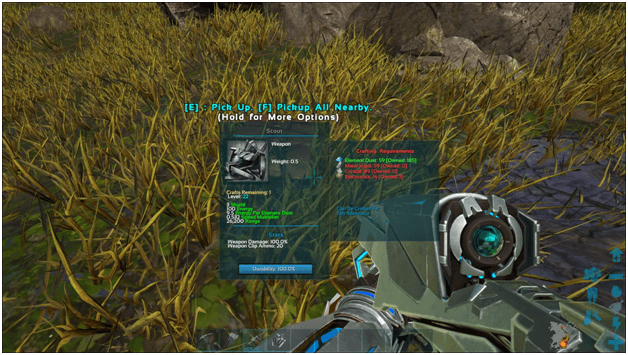 Scout blueprints are obtainable by destroying a roaming wild Scout which will result in its blueprint being dropped.

The Scout cannot be ridden but it can be controlled remotely to allow its user to do surveillance around an area.

Scouts are basically drones and more robotic which makes breeding irrelevant but should the need for more of these robots be needed, survivors may always craft more from obtained blueprints or the primitive ones in the Tek Replicator.

Scouts appear to not drop anything and instead just explode but if a wild Scout is destroyed, an exact copy of it in the form of a blueprint will be dropped.

Scouts are usually seen flying around the abandoned city, observing the area and marking hostile creatures.

Maps where the Scout spawns:

The following are spawn maps where the Scout can be found 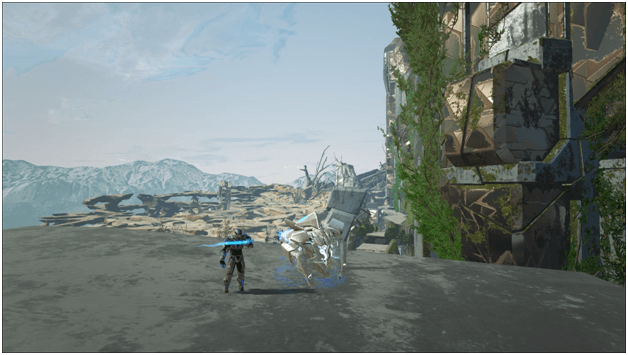 Scouts can provide tribes with a safe way to check out areas or look ahead for planning out strategies with little worry about losses.

These useful drones are also handy when it comes to tracking a creature that is elusive or enemies that try to escape and hide.

Most tribes utilize these robots in order to plan their next move against a creature or a base when applying strategy as they are the perfect tool when it comes to stealth, hunting and even raiding.