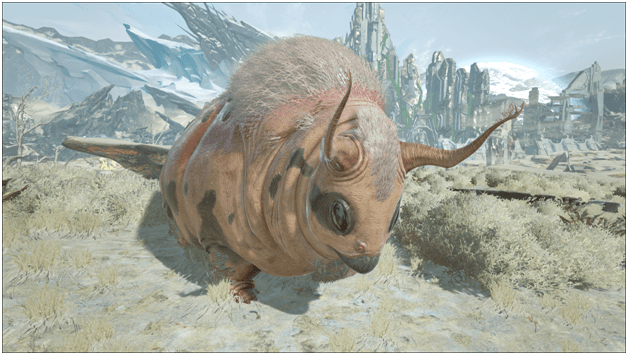 The Gasbags is a strange creature that somewhat resembles a caterpillar mixed with another four legged subspecies with the ability to fill itself with air to float.

Regardless of being in such a harsh habitat, this creature remains to be a passive creature and will most of the time prefer to run away.

Gasbags will ignore anything that goes near it but when it has the slightest feeling that it is threatened, it will attempt to flee and even fill itself up with air to jump and float away.

These creatures are useful for carrying items and resources given that they have a good amount of weight and serve as a means of transportation since they can float at high altitudes. 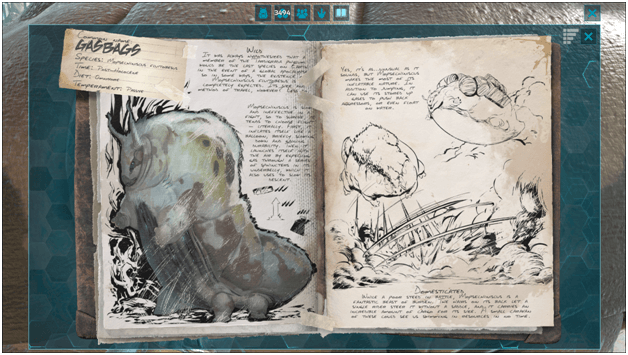 It has been theorized that these creatures are the later descendants of the water bear, a microscopic creature that is extremely tough and durable.

Slow and ineffective when it comes to fighting, the Gasbags have developed a special way of defending itself by releasing torrents of air from its under belly, pushing away creatures or creating enough force to push it off the ground.

Being able to float to high areas to avoid the damage of the surface, the Gasbags are good for transporting survivors as well as resources safely from one location to another. 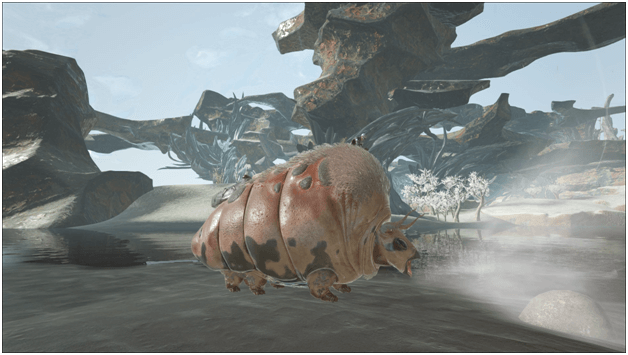 Gasbags can suck in oxygen to fuel its blowback attack or be used for keeping it afloat after it pushes off the ground, and like blowback you can only use suck air while on the ground.

Also as it fills up with air, 80% of any physical damage that is dealt to the Gasbag is deducted from its air capacity instead of damaging the health of the Gasbag directly. 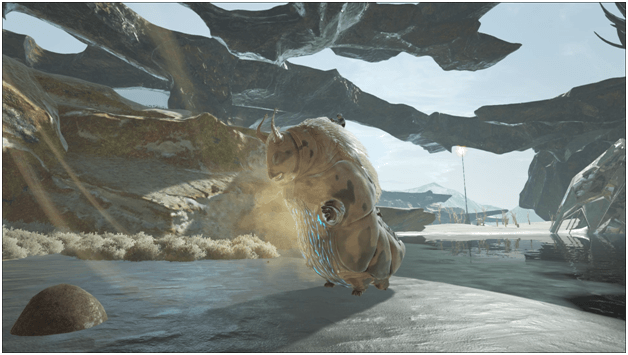 The Gasbag can release tremendous amounts of force to blow away its attackers while on the ground. (important to note that using this while floating will release all air in the Gasbags body making it plummet to the ground) 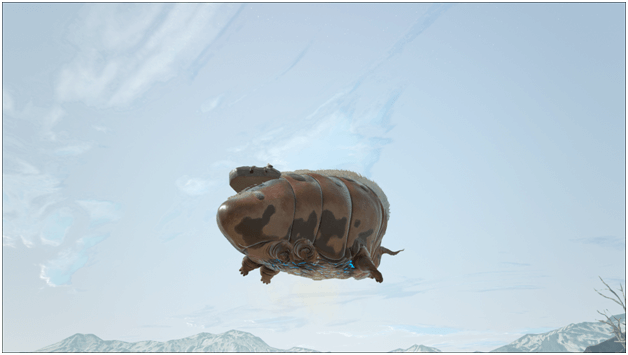 The Gasbag is able to push itself off the ground with great force, and it can hover expelling some of its stored gas to push itself in a certain direction as it stays afloat.

You can change directions while floating. It would be advised to just make minor adjustments due to the fact every time you press a direction the Gasbags expel more gas.

With practice it would be best to float and guide the Gasbag like a hot air balloon only releasing gas slightly towards a certain direction rather than forcing it to expel more.

The Gasbags are perfect for this role with its fantastic weight capacity, that can be comparable to classic land or even flying creatures that are used to transport resources.

Gasbags can be built for tanking almost anything, due to its ability to redirect 80% of the damage it takes towards its oxygen supply and, adding a good saddle makes these creatures a competitor in the turret soaker category.

How to Tame Gasbags? 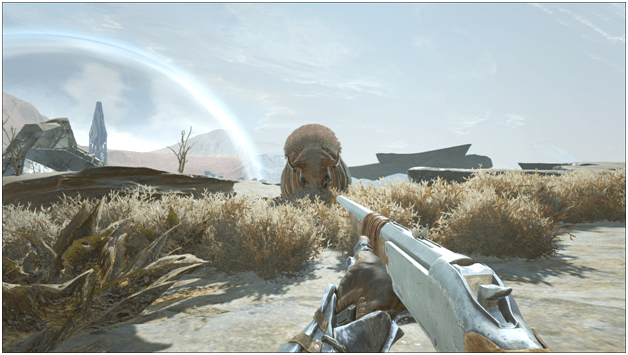 The Gasbags can be hard to tame if they have the chance to get away but they do not always float off right away when attacked which means you can get a few good shots and even knock it out. 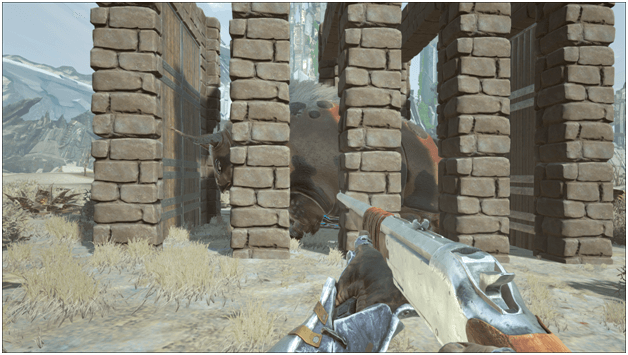 For those who want to have a more flawless chance of taming the Gasbags, trapping them in Gateways with Gates on each side is a great strategy.

As many already know, the Gasbags is a passive creature that will flee when attacked but this doesn’t mean they cannot be trapped.

You can either use Rare Flower to cause it to follow you and lead it inside or throw honey (equip in last item slot then use it to throw) so it will move towards it as it is considered bait. 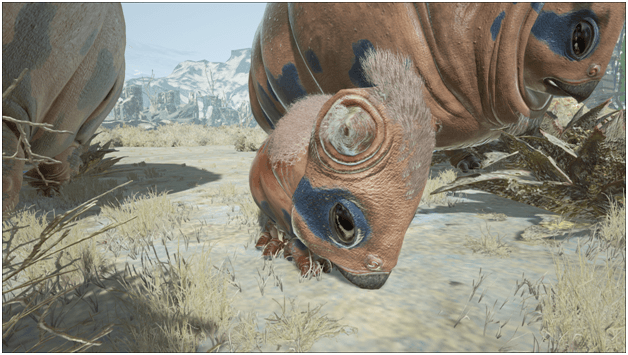 Even though they look like giant caterpillars, the Gasbags are surprisingly mammalian and reproduce through mating, resulting in the female gestating and later giving birth to a Baby Gasbags.

Gasbags are known to be wandering around in the wastelands, away from the shielded biomes and can be seen either floating around or walking.

Maps where there are Gasbags:

The following are spawn maps where the Gasbags can be found 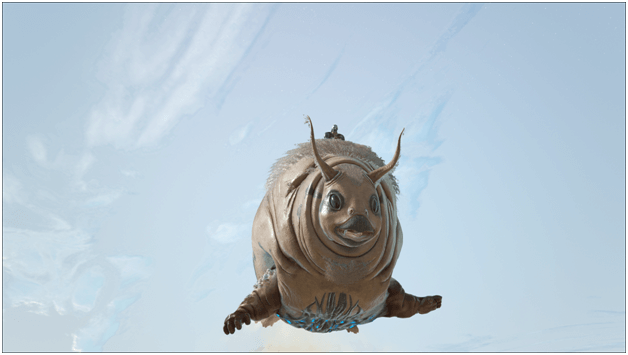 Gasbags are some of the strangest creatures survivors have seen but it somewhat performs quite amazingly as a tough mount that provides a safe means of travel above the harsh landscapes.

Able to carry as much weight as other flying transport creatures, it certainly makes it a challenger in the hauling resources category and can even surpass other flyers when it comes to such a role.

These adorable flying meatballs are great to have whether it may be tanking dangerous creatures, soaking bullets and even hauling resources.

These hot air balloons with legs are fun and very useful creatures to have for established or even starting tribes in the wasteland.