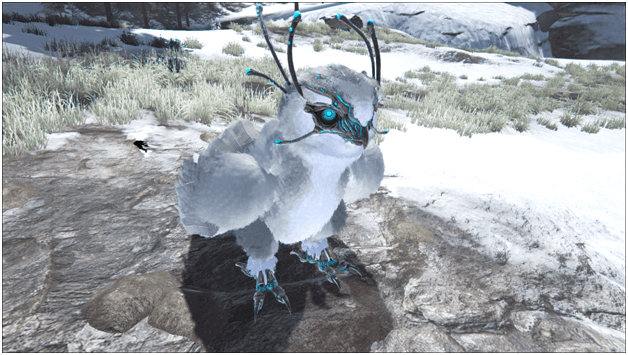 Bubo Chinookus is a species of aggressive flying carnivores that existed during the post-Holocene epoch.

A flying creature that resembles the modern day snowy owl but is much larger than an average human.

They are very aggressive and will relentlessly chase down their prey until they can get close enough to eviscerate them.

Humans that approach these creatures can turn out to be in grave danger due to their ferociousness as well as their natural habitat since it has many dangers in it.

Once tamed, these creatures can perform magnificently when carrying out multiple support roles for any tribe. 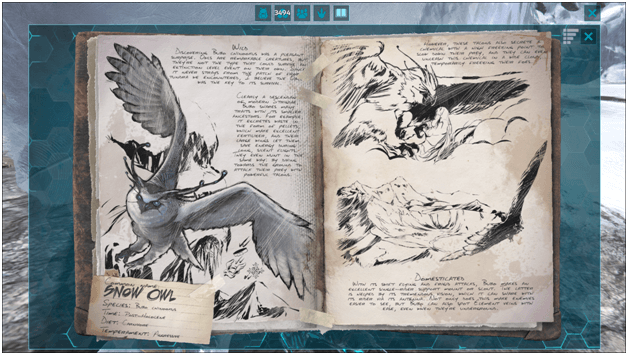 Snow Owls are the descendants of modern day owls that survived the mass extinction event, keeping a couple of traits from their ancestors.

These creatures are able to secrete a freezing chemical into the air that can freeze itself into stasis and everything in its immediate vicinity which also rejuvenates them in the process.

A powerful creature indeed for supporting roles or even scouting, sharing its predatory vision with its rider through their antenna which can help in spotting their targets. 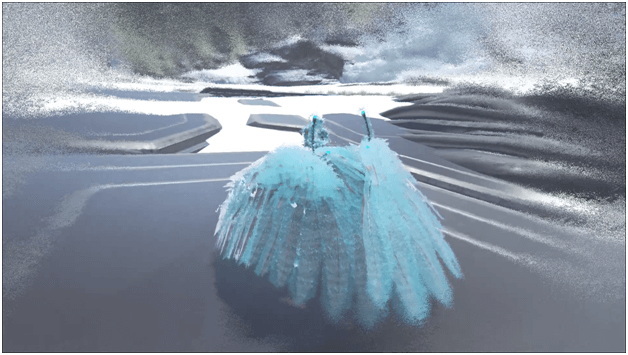 The Snow Owl begins to channel and encapsules itself as well as any creatures within an area around it, including survivors. 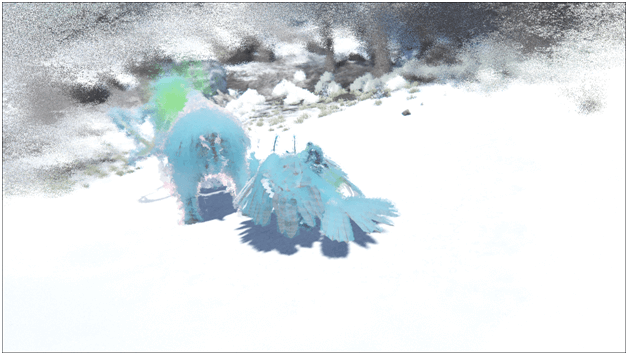 Creatures affected will be protected and will heal over time as the ability is held at the cost of the Snow Owl’s stamina being drained.

Holding the following will keep the ability active:

The ability will stop when it is no longer held or when stamina runs out. 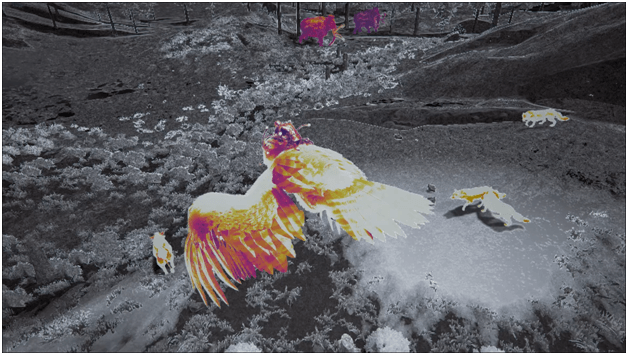 The Snow Owl’s Predator Vision may be toggled which allows its rider to see in thermal vision to better spot creatures.

Predator Vision may be toggled on and off with the following: 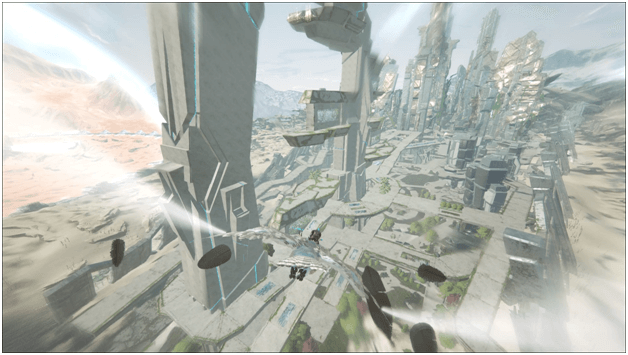 The Snow Owl is capable of diving down at a quick pace which allows it to get from one destination to the other in a short amount of time.

During this dive, the creature is capable of performing additional attacks that have different effects which are the Dive Bomb and the Dive Slam.

(While looking diagonally or straight down, hold forward and sprint) 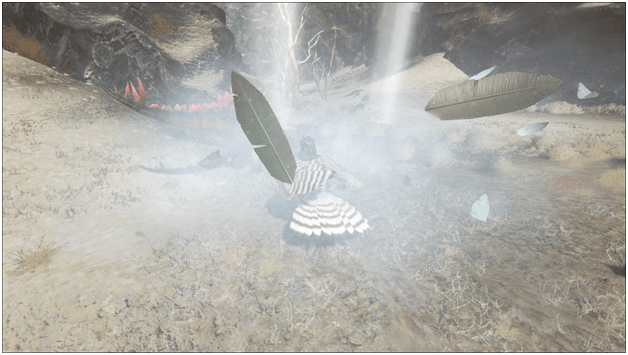 Diving down to the ground with such speed, the Snow Owl can create a large impact around it on the ground upon landing which slows down creatures around the radius of impact.

This automatically happens when flying straight down and will cause the Snow Owl to land..

(While facing straight down)

The Snow Owl can quickly fly around to cover large areas and with their predator vision coupled with their silent flight, they can observe extremely well and avoid being heard when flying around..

Being able to freeze itself as well as other creatures around it, the Snow Owl is capable of assisting in the replenishment of health.

These creatures can either freeze enemies solid and hold them for as long as possible as well as do their slam attack which slows enemies for a short duration, making them good dissablers for multiple situations.

Being able to slow or hold creatures gives their owners enough time to either trap or tame wild creatures thanks to its disabling capabilities.

Using its Predator Vision, the Snow Owl can easily allow its rider to view heat signatures around the area, making detection of enemies and wild creatures much easier.

How to Tame Snow Owl? 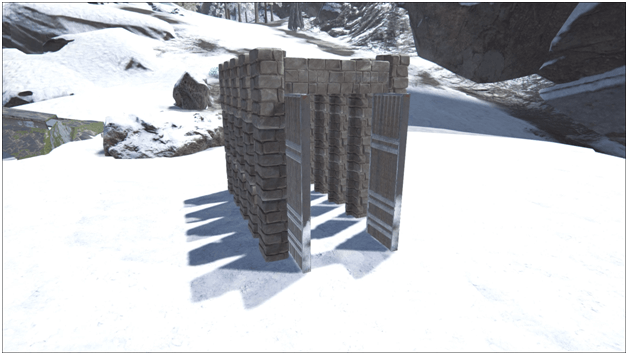 A Snow Owl is fairly easy to tame as you can simply make a trap for it using Gateways and Gates that are at least made from Stone or a stronger resource.

Create a trap with 5 or 6 Gateways and seal each side with one Gate and leave one open so that the Snow Owl can fly inside it. 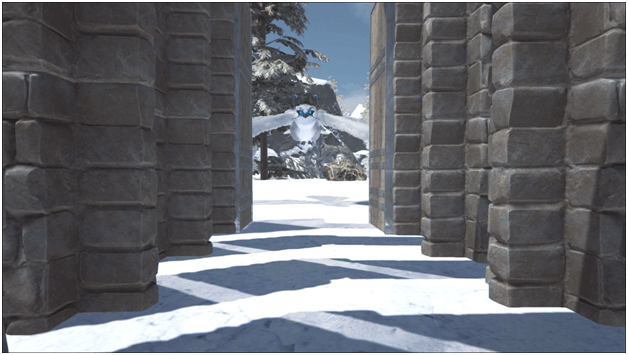 One the trap has been set up, get the Snow Owl to turn aggressive towards you by attacking it and make sure its path will be heading straight for you through the gateways.

If the Snow Owl is on the other side of the trap, be sure to lure it a fair distance before running straight into the trap to adjust its trajectory. 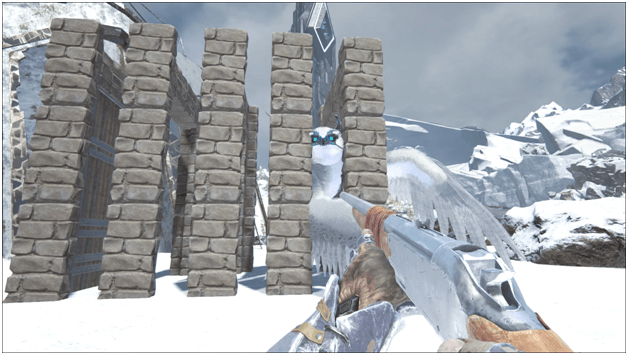 Once the Snow Owl enters the trap, rush through the side of the Gateways and run around to close the Gate at the end, trapping it to be tamed by you and your tribe.

Proceed with shooting at it which will be safe and prevent its escape when torpor almost knocks it out. 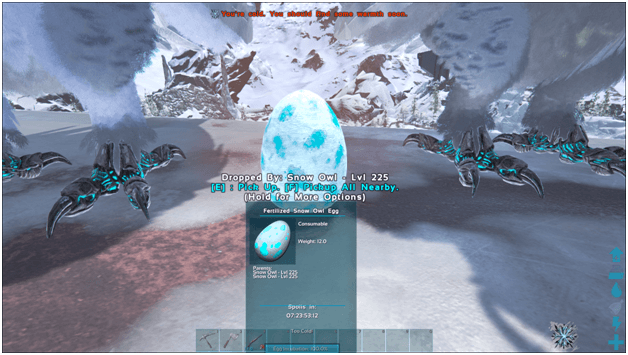 Upon mating, the female Snow Owl will lay a Fertilized Snow Owl Egg which is distinguishable by its white color with cyan spots.

Maps where there are Snow Owl: 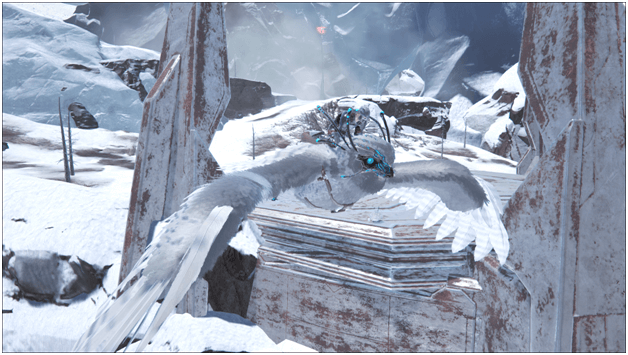 The Snow Owl is known to be one of the best flying creatures due to its abilities to support tribes in several ways which makes it a very popular tame for moste survivors.

While this creature’s ability to heal and freeze creatures is quite marvelous on its own, it also has the ability to slow enemies down as well as allow its user to have a better view of life around them..

Those that are in need of an all around support creature should definitely aim to tame such a nifty creature as it can benefit tribes in several ways and give them a good advantage over others.