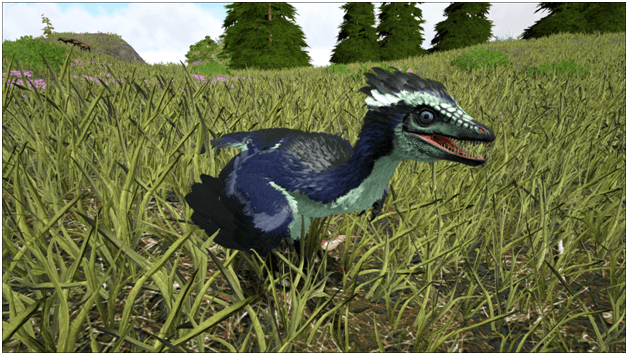 Archaeopteryx Magnamilvum are easily frightened carnivores that appeared in the late Jurassic epoch.

Archaeopteryx are a sort of early evolution of modern birds, with their still scaly skin and feathers in their front limbs to help them glide in the air.

These creatures are easily scared off by pretty much anything and would preferably run away from any danger in every way they can.

Usually when approached by humans, they will just continue at their business but once they feel threatened, they usually tend run away.

Tamed Archaeopteryx are often employed as a sort of organic parachute that humans can hold onto while in the air to have a slow descent. 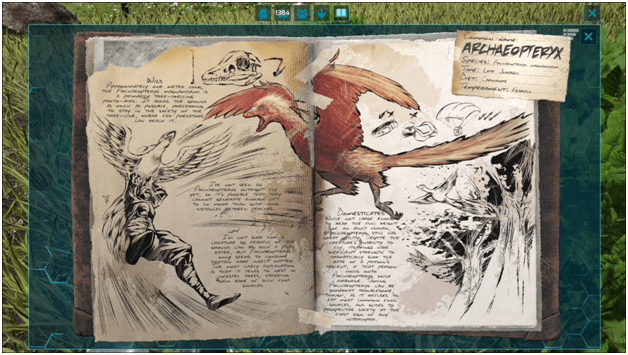 As a small creature, the Archaeopteryx has found it beneficial to mainly dwell atop the tree lines, to stay away from most of the predators and other dangers.

Their wings aren’t generally used for flying but for gliding from tree to tree in the dense redwood forest.

The diet of Archaeopteryx mainly consists of insects, taking advantage of the tall trees and the insect life that gets stuck in the bark of the redwood trees.

The Archaeopteryx is a small creature that cannot fully take flight but they can definitely assist in slowing down the descent of survivors free falling to certain death as long as they hold on for dear life. 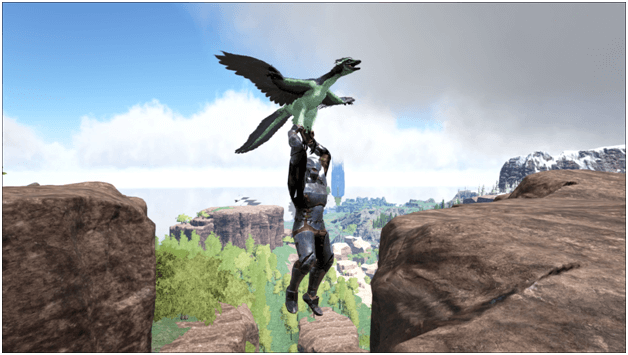 When holding on to the Archaeopteryx, the user will not fall to the ground but will instead slowly descend as if they were using a parachute.

The Archaeopteryx can be carried before riding a flying creature and will still function the same way if the survivor dismounts in the air.

The Archaeopteryx will allow users to keep safe when falling by slowing the descent, making sure landing is safe and even allowing them to glide a short distance.

When set to wander around redwood trees or tree platforms, the Archaeopteryx is able to automatically collect a small amount of sap over a period of time.

Usually carried like a Dodo, these creatures also are favored for their usefulness to absent minded humans that are piloting flying creatures as they can save them from falling to their death in case they are dismounted or the flyer dies.

How to Tame Archaeopteryx? 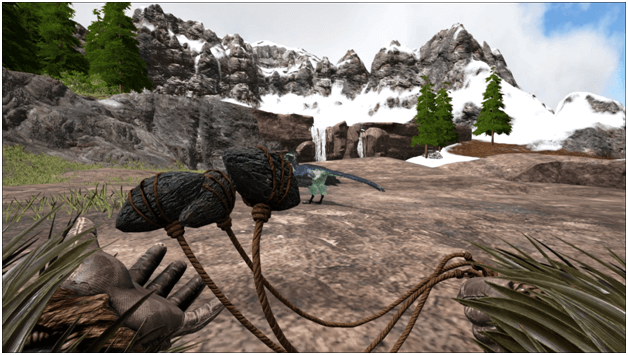 These creatures are easily spooked and will run away as soon as a human approaches them so it would be best to carefully sneak up to them and use a Bola to immobilize them.

Those that can move quickly and aim well will be able to do the same thing but risk the Archaeopteryx escaping.

Having a Ghillie Suit will reduce the chances of the Archaeopteryx noticing you right away and may help with sneaking up to it.

The Archaeopteryx is too small to be ridden but instead, the survivor may hold on to it so they can use it as a sort of parachute. 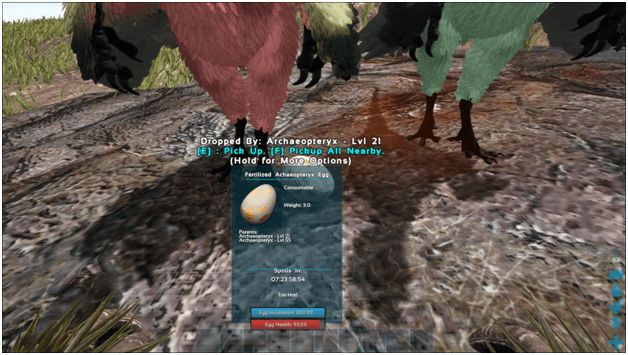 As egg laying creatures, the male and female Archaeopteryx will have to mate for the female to lay a Fertilized Archaeopteryx Egg that is a whitish gray color with orange spots.

Archaeopteryx can be often found around redwood forests and jungles where they freely roam and hunt for insects.

Maps where there are Archaeopteryx:

The following are spawn maps where the Archaeopteryx can be found 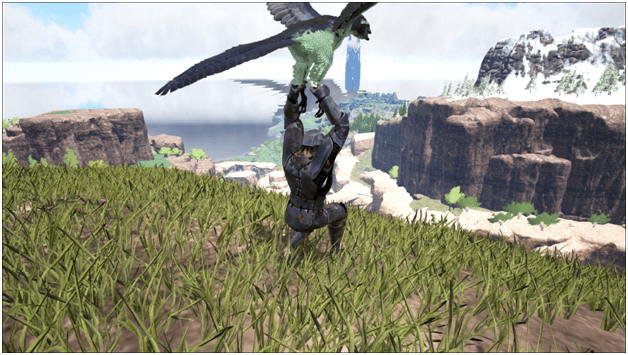 The Archaeopteryx is a sort of cute creature being easily scared off by anything which makes for a great take on life in ark where being scared of everything sometimes can keep you alive longer than being brave.

Not really tamed for any difficult tasks, the Archaeopteryx are tamed for more on the side of recreational purposes as a domesticated egg layer and sap collector.

Tribes mostly make use of these creatures as they can be as useful as an unlimited supply of parachutes and may even fight back at times when their owner is threatened.