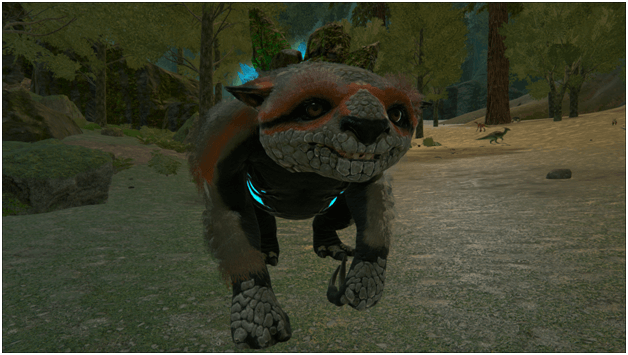 They are large creatures with matted fur and a craggy exterior that grows crystals from time to time.

The origin of such a creature remains quite the mystery and many have seen them to be wandering after the events of Extinction.

Gacha are not intimidated by human presence and will tend to clean up after them, eating anything that they throw away but if threatened in any way, it will fight back.

Once tamed, they will basically eat anything given to them and in return, the crystals on their back contain random loot which can be resources or items. 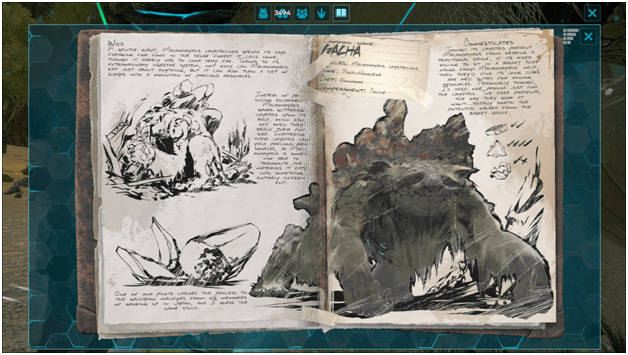 These gentle giants have adapted to survive on feeding off any type of material and by ingesting these materials, the Gacha can also produce different types of precious resources.

Instead of defecating, the Gacha produces beautiful crystal gems on its back from the materials it eats and for some reason, after the material has passed through the Gacha’s system it may transmute the material into something new altogether.

Tribes keep domesticated Gacha for their ability to generate random items but sometimes are used as mounts but instead of riding on its back, a basket is placed instead that the survivor sits in to avoid covering the crystals that grow on it. 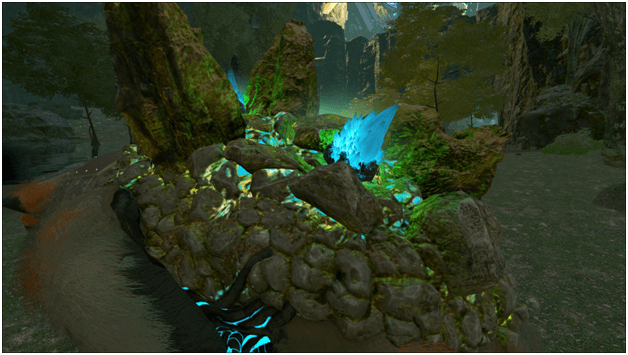 Gachas will produce Gacha Crystals which may then be opened up to reveal a random item which can either be a resource or an item. 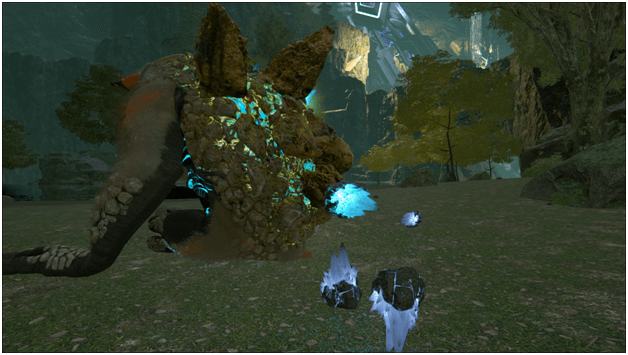 The Gacha Crystals that are produced will fall off of its back every now and then as long as it eats and it is happy.

Gacha will be upset if there are other Gacha nearby and it is best to have just one male and female together.

Gatchas can produce random items from the crystals on its back, and every gatcha can directly produce 6 specific resources, out of every item it can randomly produce.

The specific items that a Gacha can produce depend on the Gacha itself as these creatures do not all have the same list of resources which is why some tribes search for different ones in order to have them produce resources they prefer.

Stone, Wood and Metal have 50% of their weight reduced once it is in the Gacha’s inventory.

The Gacha can travel a large distance without worry of supply since they can eat anything that is in its inventory.

Some resource items have a reduced weight when it is in its inventory, coupled with their ability to harvest from different sources they can be tasked as ground transport for carrying resources from place to place.

As the Gacha is capable of growing crystals from its back to provide items and resources, it remains one of the most useful creatures in the game, especially since there are different resources that it can provide.

How to Tame Gacha? 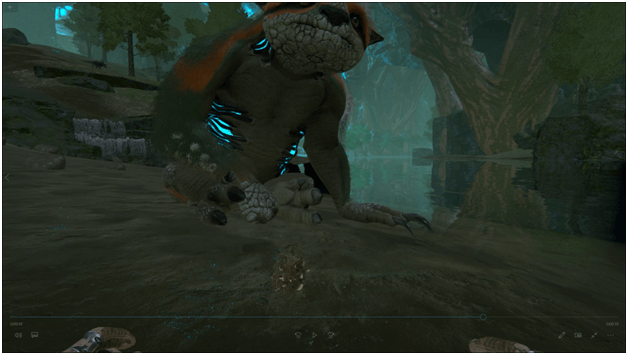 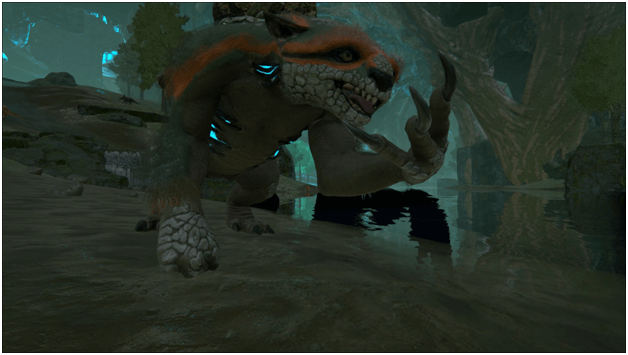 Fairly straight forward taming the Gacha just drop Snow Owl Pellet from your inventory and it will start to eat it, if the Gacha is close enough.

Note: any items like walls or crafted materials that are dropped in its vicinity can also be used to tame the Gacha.

Anything you can put in its inventory 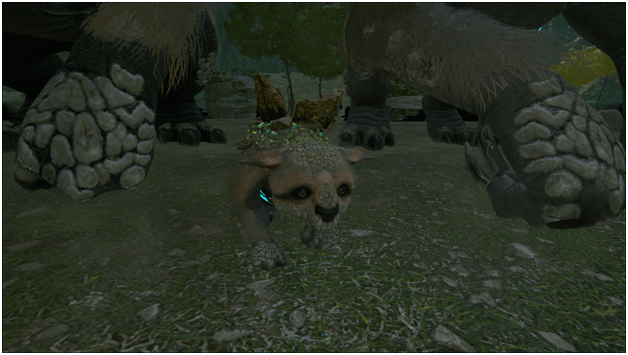 After a male and female Gacha mate, the female will end up going through gestation and will eventually give birth to a Baby gacha.

Gacha are usually found roaming around in the Sunken Forest on the Extinction map.

Maps where there are Gacha:

The following are spawn maps where the Gacha can be found 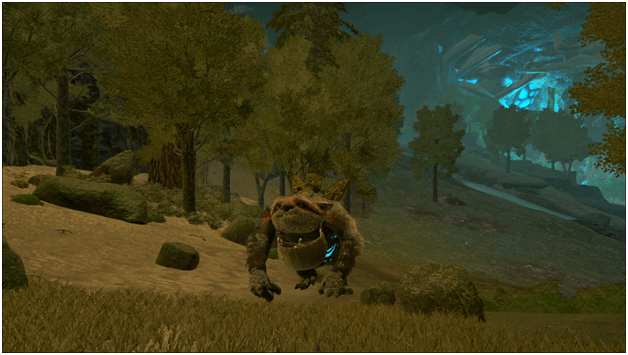 Gachas are special due to their ability to produce different types of items even crafted ones out of random materials which still remains a mystery to this day of how the transmutation occurs.

These creatures will eat anything you put in their inventory, including higher tier items and it will then create crystals instead of defecating which will produce a random item of a random quality when used.

It’s cute and friendly nature alone make it a favorable tame for most tribes but due to the utility of it providing both specific and random items makes it a good provider which tribes get lucky with at times and receive remarkable loot.