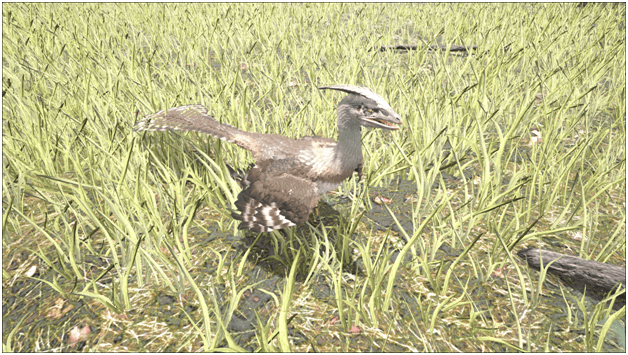 Microraptor Gnarilongus are small carnivores from the early Cretacious period that have aggressive temperaments.

This creature may be small in size but it is very aggressive and at times it can be quite a nuisance for survivors due to its versatility.

Microraptors may be seen running around and sometimes are unseen by many survivors until it is too late.

The moment a Microraptor sees a survivor that it can victimize, it will immediately attack and even dismount them from their tames.

Tribes utilize these creatures to dismount other survivors, especially during battles or when an advantage is needed against opponents on stronger tames. 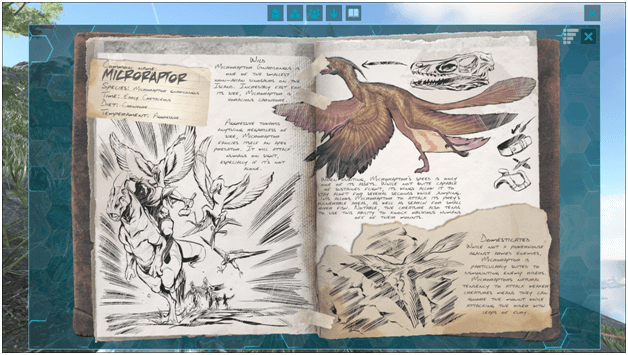 Although the bodies of these creatures have feathers, they are one of the limited types of flightless creatures in the Ark but they do make up for it with their speed and aggressiveness.

Microraptors think of themselves to be apex predators and will attack anything regardless of size, including humans.

Although this creature is incapable of flight, it can stay in the air for a prolonged amount of time and has a knack for looking for vulnerabilities, allowing it to easily knock survivors off of their tames.

One of the main reasons tribes tame Microraptors is the ability they have to dismount other survivors which makes a huge difference during battles. 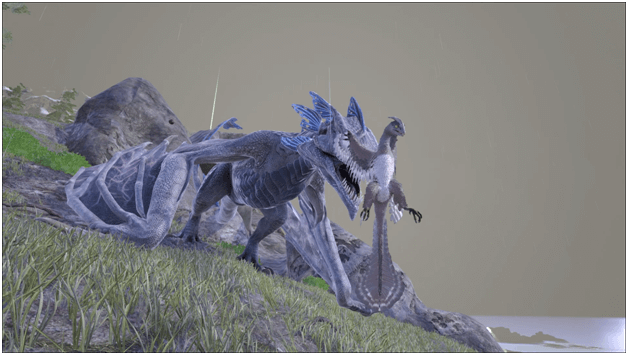 Aside from attacking normally, Microraptors will attempt to dismount survivors off of their tames every few attacks which also stuns them.

Being able to not only dismount enemies, the stun that occurs to survivors after makes them very susceptible to other attacks for a period of time.

Having this creature with you can prove very beneficial due to their aggression when other survivors attempt to attack you and with its ability to dismount and stun them, they can even the tides during battles.

How to Tame Microraptor?

Taming a Microraptor can prove to be quite difficult if you are not prepared since they can move around very fast.

Using a bola on them will immobilize them temporarily which allows you to take shots which will hopefully knock them out before they get the chance to come at you.

The Microraptor cannot be ridden and has no saddle to use but it may rest on your shoulder and assist you when thrown or following you. 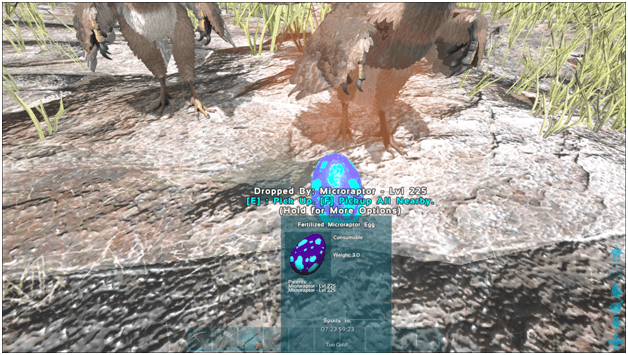 Microraptors are capable of breeding as the female will lay a Fertilized Microraptor Egg after successfully mating which is seen by a purplish color with light blue markings on it.

Microraptor are usually spotted where there are less trees and where they can get a better view such as plains and plateaus.

Maps where the Microraptor spawns:

The following are spawn maps where the Microraptor can be found 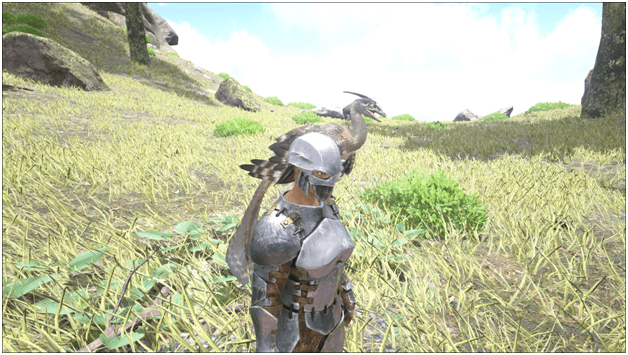 Although the Microraptor doesn’t deal the most damage and isn’t the most tankiest of creatures, its skills for dismounting enemies makes it an important tame when it comes to battles.

Many survivors are surprised when they get dismounted and find out that a Microraptor is the cause but before being able to fight back, sometimes dangerous creatures walk into the fray.

Having a Microraptor is essential when you know there are enemies around that may be on tames as these creatures may come in handy for knocking the opposing survivors off for an easy kill or to simply dismount them during a fight.