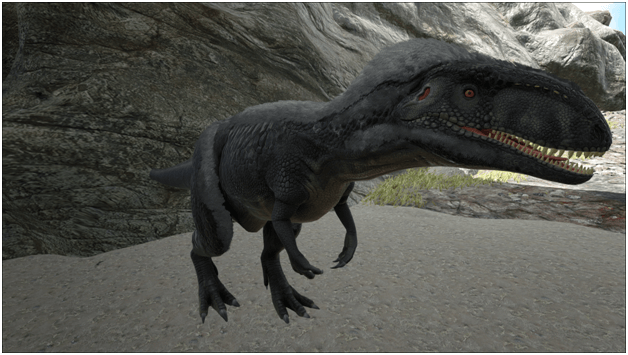 Megalosaurus Noctedominus is an aggressive nocturnal carnivore that was first seen in the mid Jurassic epoch.

The Megalosaurus are theropods that have dark scales, and unlike other reptiles it has a thin coat of fur that is mainly on its back, lining the spine from head to tail.

Megalosaurus is a solitary creature that usually hunts in the dead of night where its senses have adapted to make it a more efficient hunter and causes it to rest more during the day.

Humans that approach the creature during the day are less likely to be attacked unless they directly attack or bump into these creatures but during the night, they must be weary as these creatures will immediately begin pursuit due to their aggressive night behavior.

Tamed Megalosaurus are used by tribes in night raids that utilize their natural skills to hunt in the dark and their ability to clamp on to medium sized creatures for disabling or taming. 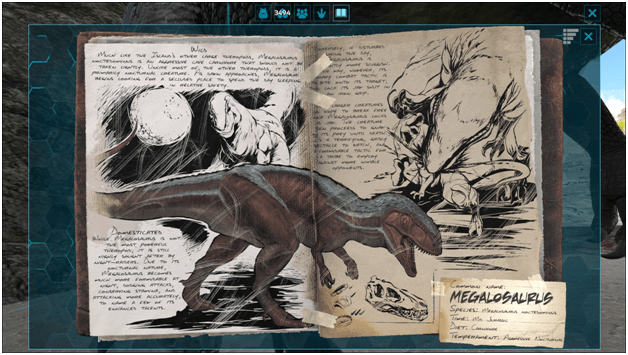 Megalosaurus are nocturnal creatures that are very sluggish during the day and more active during the night, making them less of a danger in the daytime but very deadly when the sun is down.

If the Megalosaurus are awoken at any part of the day time, they seem to act sluggish and slow, making this an opportune moment for anyone trying to tame but it should be taken into account that these creatures still can be deadly even if they are in their sleepy state.

Tribes that have been able to tame the Megalosaurus utilize them for attacking their foes during the night or for taming creatures that it can grab onto with its large mouth. 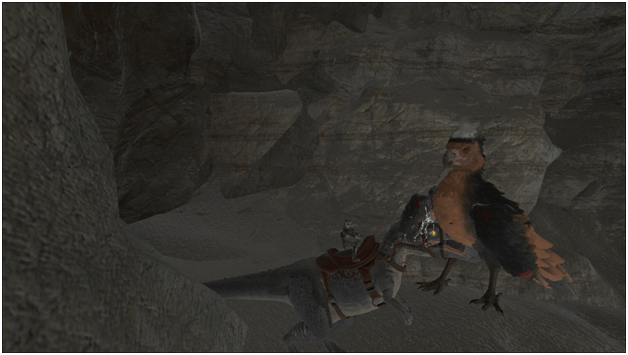 The Megalosaurus can bite down on an enemy and hold it into its jaws, preventing it from escaping. 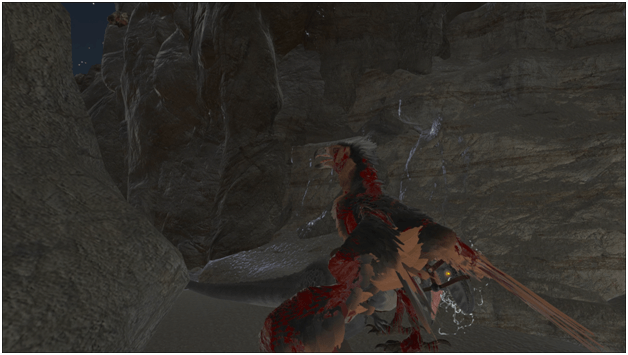 If the Megalosaurus is holding on to a creature, it can begin to gnaw at it to deal damage to it. 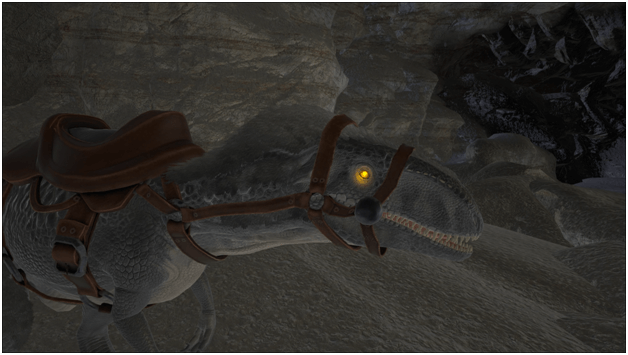 As the night comes, these nocturnal creatures shrug off their sluggish day state and become more aggressive in the night.

Their stamina and speed are greatly improved and these creatures turn into hunters in the night.

At night these creatures are very strong, that they are even able to fend off or kill even larger tamed creatures.

Since the Megalosaurus is capable of grabbing on to an enemy, it can easily remove them from a fight or even carry them away.

The Megalosaurus is able to grab on to smaller to medium creatures with ease being able to hold them for the tribe to tame.

How to Tame Megalosaurus?

There are a couple of methods of taming the Megalosaurus which are affected by what time of the day you set out to tame them. 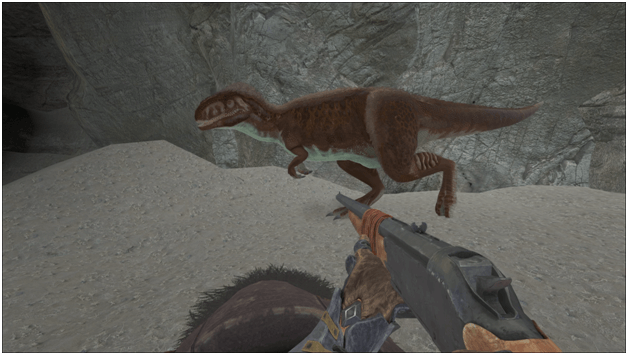 In the day, these creatures are very slow and tired which make them fairly easy to tame even if they are in caves.

It is best to tame the Megalosaurus during the day as it is much safer and the chances of getting killed are slim. 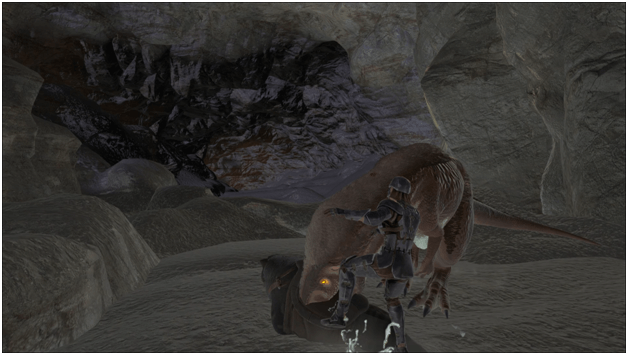 In the night, these creatures are very aggressive and deadly due to them being nocturnal hunters which make them harder to tame. 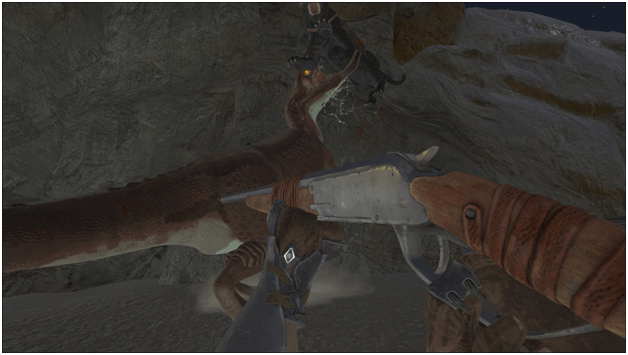 During the night, these creatures have the habit of grabbing their prey which makes it important to have a mount so they do not bite down on you.

Once your mount has been grabbed by the Megalosaurus, you can either stay on your mount or dismount it and then begin shooting at it with your torpor weapons. 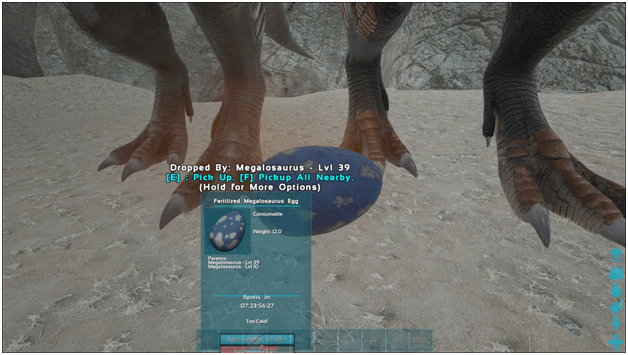 After mating, the female Megaloasaus will lay a Fertilized Megalosaurus Egg which is distinguished by its blue color with grey spots. 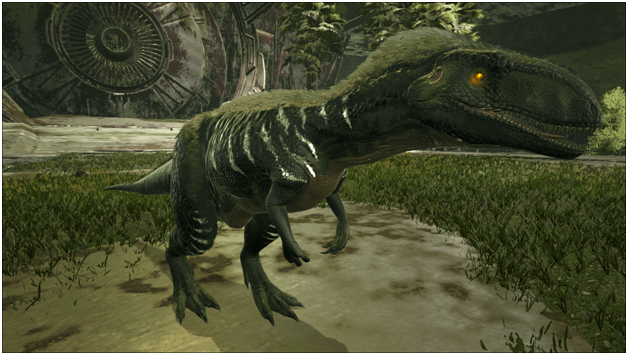 The Aberrant Megalosaurus can be found in the Aberration map.

Megalosaurus can usually be found curled up sleeping or hunting mainly in the caves, forests and jungles.

Maps where the Megalosaurus spawns:

The following are spawn maps where the Megalosaurus can be found 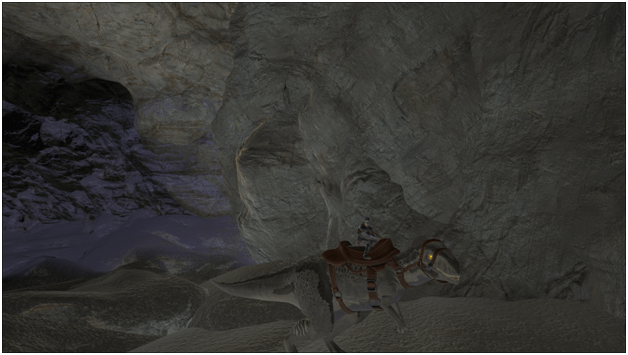 A Megalosaurus can be considered the alpha predator in the caves when it is awake but is almost helpless during the daytime which is why most expeditions in the caves happen during the day to avoid falling victim to these nocturnal predators.

Tamed for a couple of reasons, they can be used to battle the dangerous creatures in the cave networks or used to to capture small to medium creatures to be tamed.

The Megalosaurus is a unique creature that is perfect for those tribes that build and gather in the day and hunt and raid other tribes at night.