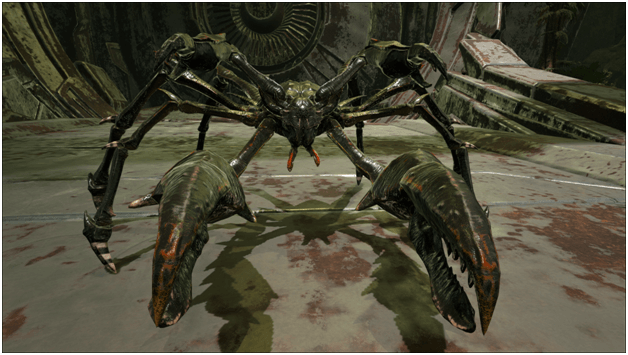 The Karkinos Versatus is an omnivorous creature with an aggressive temperament from an unknown time.

This creature appears to be a combination of a spider and a crab but has grown very large in size due to the effects of the Aberration map.

Karkinos are usually found near the areas that have water or directly under the water as they tend to stay close to such habitats for their comfort.

If a human comes within range of the Karkinos, it will begin to chase them and attempt to grab and slam them as these creatures are very aggressive to humans and creatures alike.

A Tamed Karkinos is usually utilized for its ability to withstand damage as well as carry other survivors or creatures for either transporting or killing, making the Karkinos good for multiple purposes. 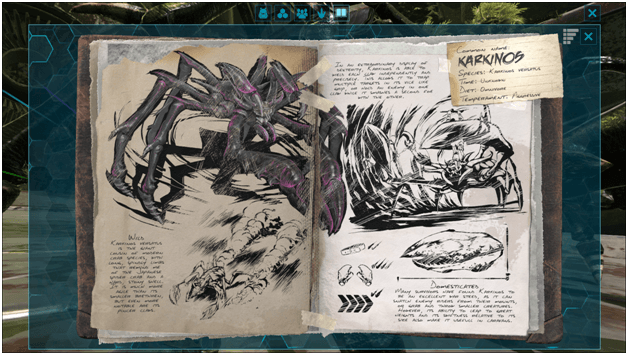 The Karkinos is considered to be the cousin of the modern crab but appears to be much more agile as it can move very fast and even leap across great distances.

These creatures are able to utilize both of its claws for different purposes such as attacking, grabbing and even throwing survivors or creatures as well as assisting with resource collecting by carrying creatures that can harvest certain resources.

In the Aberration, the Karkinos is considered to be a great all around mount since it can move fast, fight enemies, transport survivors and creates and much more. 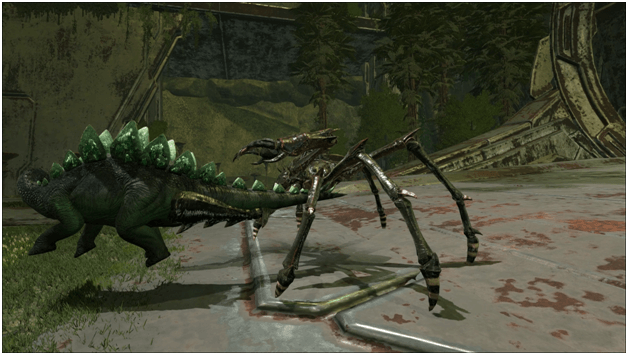 The Karkinos can grab a creature with its claws and hold them up for as long as necessary, carrying it until later action is decided.

Each Claw is capable of grabbing and holding on to an enemy, allowing two different creatures or survivors to be held at once. 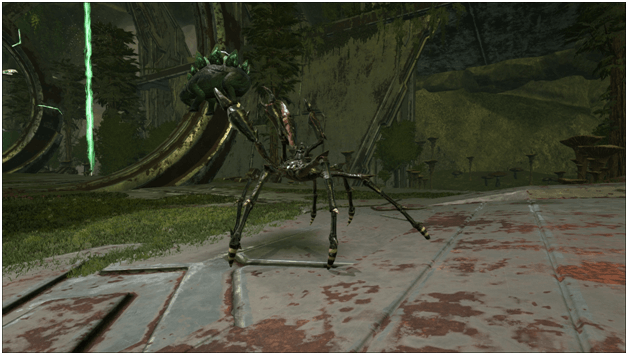 The Karkinos can throw any creature or survivor that it has grabbed, making it throw both creatures if two have been grabbed. 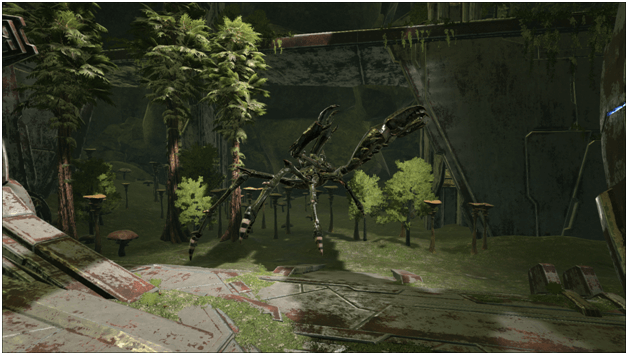 With its strong legs, the Karkinos is capable of leaping across great distances, especially when it charges up to make a big jump.

Since Karkinos can pick up the tames of the tribe, they can carry these creatures around when to assist with farming or simply carry them around fast and even bring them along as they leap over distances.

With its high amount of health, the Karkinos is capable of withstanding a large amount of damage since its thick carapace provides it a good amount of protection.

Having a saddle equipped that is fairly strong, the Karkinos along with its natural durability can be used to soak turrets during raids.

The Karkinos is capable of picking up enemy mounts and even survivors which it can then slam on the ground or even toss over a long distance.

Since the Karkinos can grab creatures, it may be used to hold a creature up for the tribe to knock out easily.

Being able to travel in both land and water, the Karkinos makes a great taming mount as it can also defend itself if attacked by wild creatures.

How to Tame Karkinos? 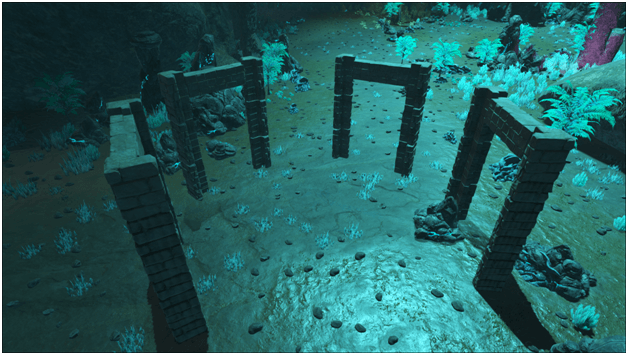 Karkinos can be quite frustrating to tame as they will attempt to pick you or your mount up so it is best to prepare a trap for them.

Another reason they can be a bit tricky to tame is because you must only target its body and avoid hitting its limbs as this will deal a lot of damage.

In order to tame a Karkinos, you will need to use heavy impact launchers wherein the catapult is the most suggested choice.

Create a large cage made from Gateways which you will then lure the Karkinos into before sealing it off. 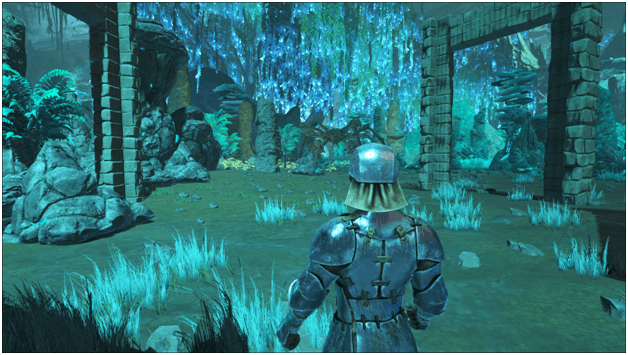 Once the trap is built, be sure to get the attention of the Karkinos and lure it to the trap that you have made. 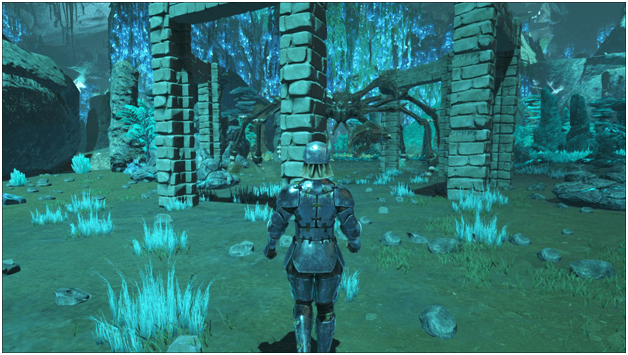 Make sure that the Karkinos follows you leading towards the cage as it may tend to go around it if you are improperly positioned. 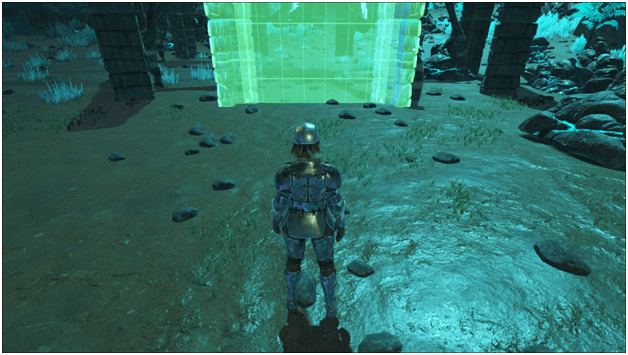 When the Karkinos is caught in the trap, head around it and place a gate to trap it in place, making it unable to escape so that you and your tribe may begin the taming process. 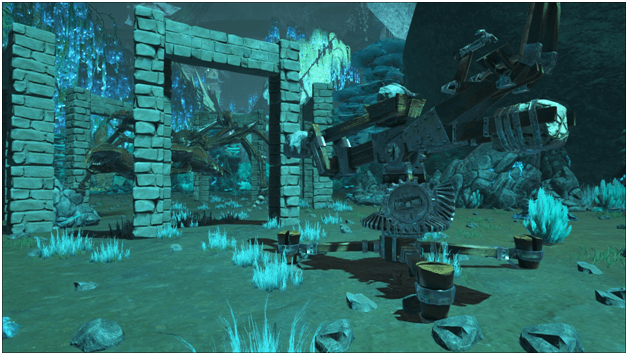 An Karkinos can easily be tamed by shooting at it and running away or more preferably side stepping which allows you to move at a moderate speed while it chases you.

You can continue firing at a Karkinos without the worry of getting attacked as wild Karkinos move relatively slowly, allowing you to safely tame it without the need of a trap.

A Karkinos is incapable of breeding and tribes will need to tame multiple amounts of these creatures if they wish to have a lot of them.

Karkinos may usually be found in areas that have plenty of water as they prefer habitat where they can stay beneath it.

Maps where the Karkinos spawns:

The following are spawn maps where the Karkinos can be found 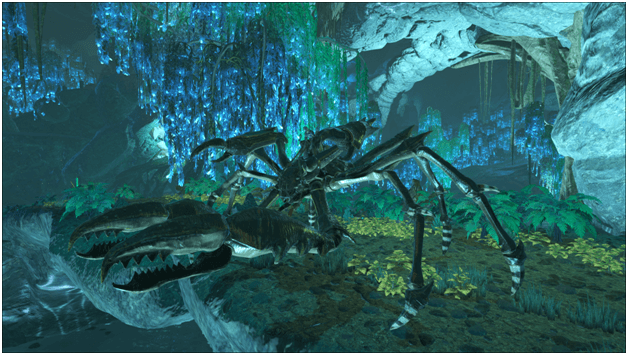 The Karkinos is a very strange creature and yet it remains to be one of the most promising creatures found in the Aberration map due to its multiple uses and benefits.

Tribes that utilize this creature find that transporting creatures, survivors and even equipment is much easier as well as the process of farming resources due to their ability to carry farming creatures and leap to locations.

When it comes to raiding and battles, the Karkinos remains to be a very useful tame to have due to its ability to fight, toss creatures and allow its rider to shoot off of its back while it can soak turrets and withstand attacks from other creatures.