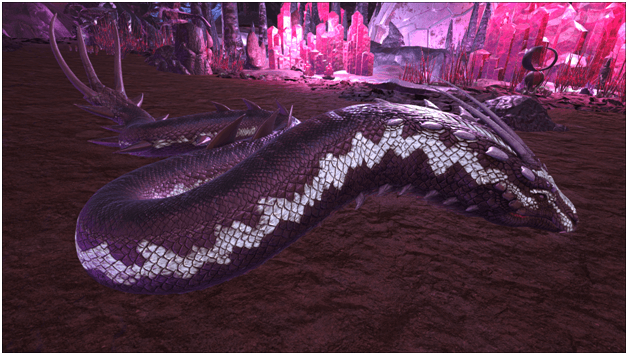 The Serpens Regulusis a is a large carnivorous creature from an unknown time that has an aggressive temperament.

This creature has a close resemblance to a serpent large snake, that has been mutated by the condition of the Aberration map.

The Basilisk tends to burrow into the ground and wait for its victims to come close before it attacks them with its powerful bite or its venomous spit.

Once a survivor or their tames come within range of the Basilisk, it will leave the ground and attempt to attack them aggressively.

Tribes that have managed to tame a Basilisk tend to use these for assaulting enemies and taking on battles head on, either utilizing the devastating spit or its powerful attacks to push through enemy lines. 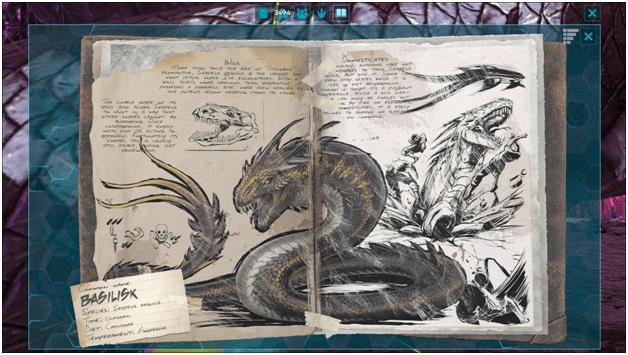 Due to the shape of the Basilisks skull, it is capable of burrowing into the ground and out easily as a means of ambushing its prey.

The Basilisk is considered to be the largest and deadliest snake-like creature that has ever been encountered on an Ark and lives up to such a reputation for having taken the lives of countless unsuspecting victims.

Those who have been able to tame a Basilisk have witnessed it power and have been known to be able to command it to enter and exit the ground. 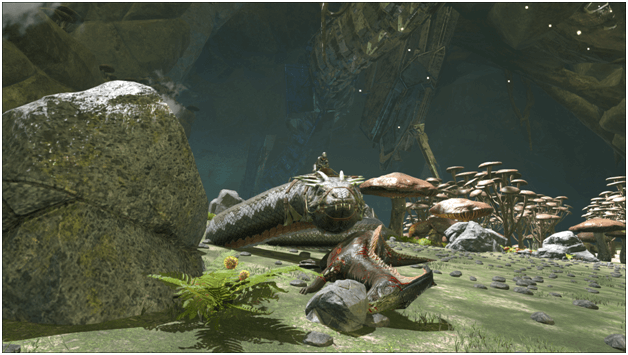 The Basilisk’s attack contains a toxin that is capable of paralyzing those that it bites, eventually knocking out those who take consecutive hits. 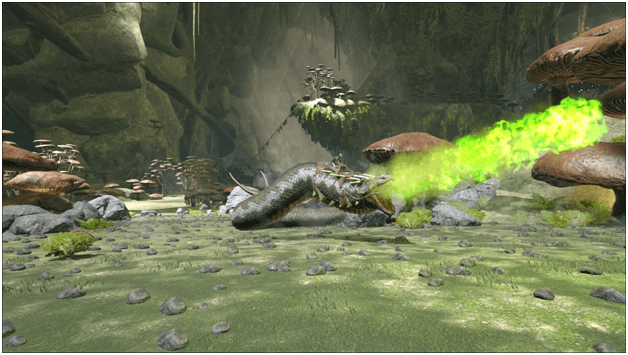 The creature is capable of releasing a venomous blob of spit that can damage enemies in an area both on impact and for a period of time.

The Basilisk’s attacks alone are devastating enough to deal a lot of damage to enemies near and far from it.

With its large base health, the Basilisk can withstand a large amount of damage and even take on several large creatures head on by itself.

If equipped with a strong saddle, the Basilisk is capable of absorbing a lot of damage from turrets and even soaking them for raids.

The normal attacks of the Basilisk are capable of knocking out creatures which can make taming easier for tribes that own it.

With its powerful spit attack, the Basilisk is capable of bombarding enemies from afar to deal a large amount of damage.

The Basilisk is capable of using its spit attack to damage enemies that attempt to get near a tribe’s base or a location that needs defending when set on “Turret Mode”.

How to Tame Basilisk? 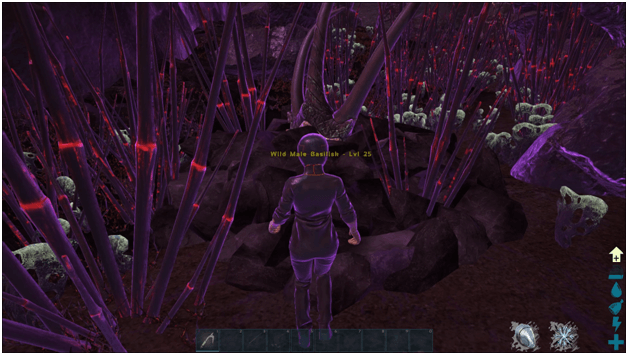 Basilisks are passively tamed but need to be lured in a way as they need to feed on a Fertilized Rock Drake Egg that you have dropped.

Make sure to have a good supply of these eggs and drop one before you head over to the Basilisk that you wish to tame. 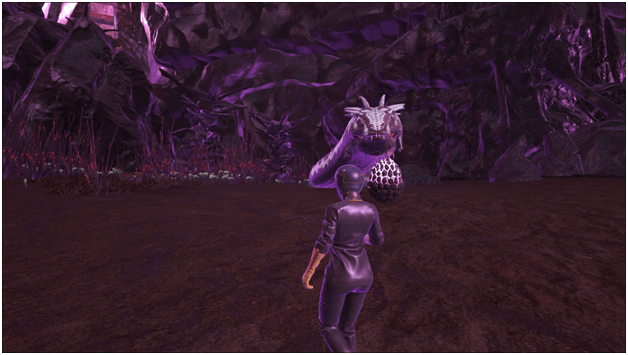 Once you have dropped a Fertilized Rock Drake Egg, lure the Basilisk by making it aggressive towards you and allow it to eat the egg.

Repeat this until the taming bar is full and if this method seems to be hard, you can always use Behemoth Gates to trap the Basilisk and drop the eggs from above.

The Basilisk is incapable of breeding and in order to have multiple numbers of these creatures, they must be tamed one by one.

Basilisks can be found mainly in the deeper areas all around the Aberration map.

Maps where the Basilisk spawns: 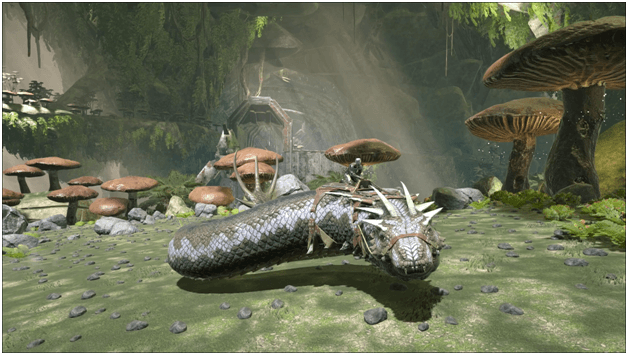 Basilisks are one of the most dangerous creatures that you can find in Aberration and they are capable of killing almost any survivor or tame that comes their way.

These creatures should be avoided if you have no tames with you and it would be wise to only attempt to tame them if you have everything you need to avoid casualties.

Tribes that are able to tame a Basilisk gain an upper hand when it comes to fighting enemies and surviving the harsh environment that tribes need to go through.