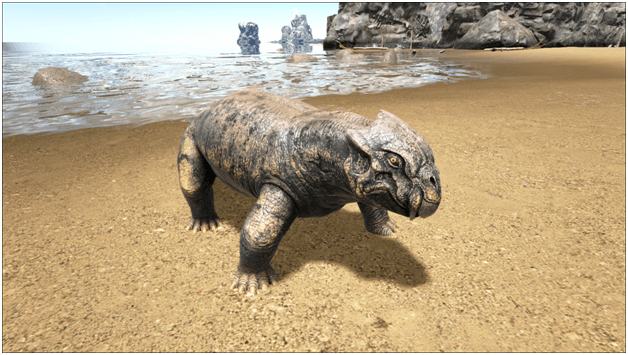 The Lystrosaurus Amicifidelis is a small creature from the late Permian time which was seen up to the early Triassic that has a herbivorous diet and loyal temperament.

This creature pretty much acts as your prehistoric pet dog except it barely has any means to fend for itself, causing it to become the prey of many predators.

These creatures can usually be seen along beaches and in areas with grass or trees that they like to loiter around in.

Lystrosaurus will not run away when a human approach and it will even eat food offered to it but if there is even the slightest sign of danger they will run away.

Some tribes keep these around as pets while others have found that having these loyal creatures around and keeping them cheerful seem to allow other creatures to benefit in a way. 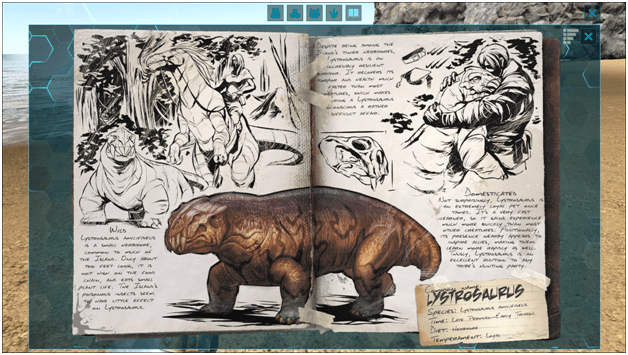 The Lystrosaurus is one of the most preyed creatures on the island due to its small size and slow movement, allowing creatures to easily turn it into a snack.

A single Lystrosaurus alone is harmless but when a group is present, they begin to turn bloodthirsty and will attempt to take down prey even larger than themselves.

These creatures are very loyal to their owners and have signs of intelligence which seems to pass on to other creatures, making learning easier for tames owned by a tribe. 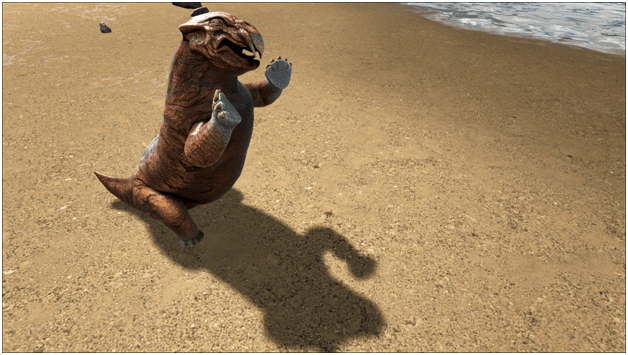 Petting the Lystrosaurus will cause it to act happily and later on distribute a buff in a radius around it which increases the experience that other tamed creature gain.

The main reason the Lystrosaurus is tamed by tribes is that they have the ability to increase the amount of experience that tamed creatures have, making it easier for tribes to catch up with tame levels.

While not necessarily capable of defending its owner, it will still attempt to fight back and can carry a small amount of resources.

How to Tame Lystrosaurus? 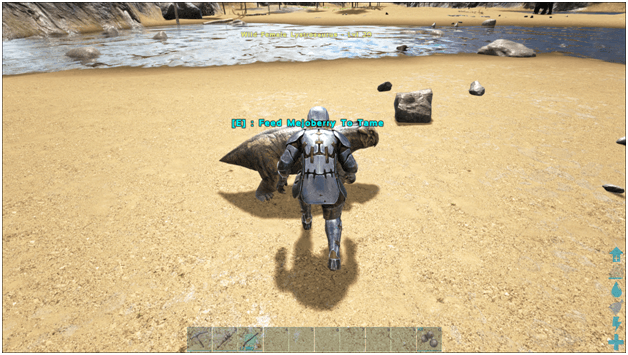 Lystrosaurus will accept food straight from humans and will need to be fed before being fully tamed which is done by having a food item in your last slot and interacting with them.

This must be done until the taming bar is full.

The Lystrosauruscannot be ridden and will instead follow you around. 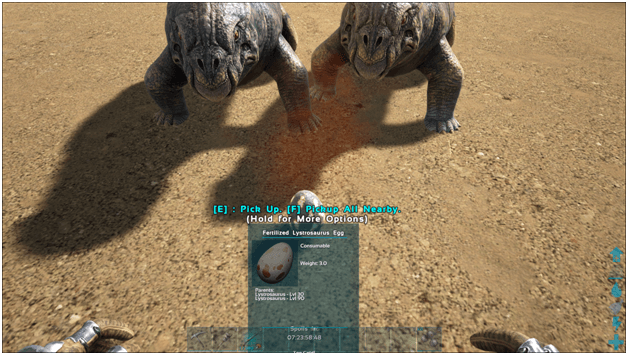 Lystrosaurus can breed and once mating is done, a Fertilized Lystrosaurus Egg will be dropped by the female which is whitish in color with maroon spots on it. 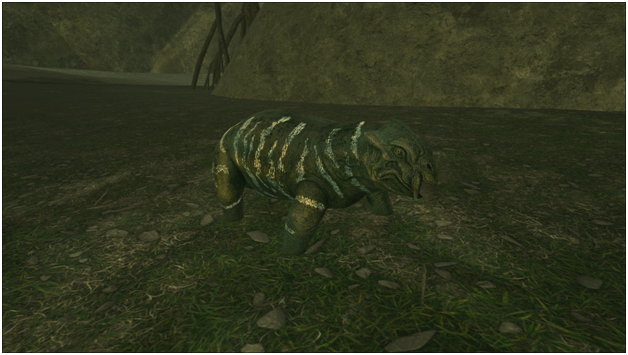 The Aberrant Lystrosaurus can be found in the Aberration and Valguero maps.

Lystrosaurus are usually found roaming jungles and beach shores in search of food near plants.

Maps where the Lystrosaurus spawns:

The following are spawn maps where the Lystrosaurus can be found 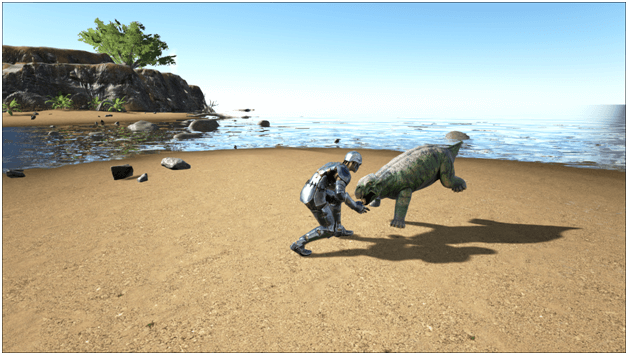 These creatures may not be the first choice when it comes to getting early tames as they may slow survivors down and instead are tamed and collected later for boosting creature experience later on.

Most tribes find this to be an adorable pet and love keeping them around since they can use their experience boost as much as they like as long as someone pets the creature.

Although they are on the bottom of the food chain, these creatures play an important role to tribes that breed and are capable of keeping them as company to have creature become stronger later on.