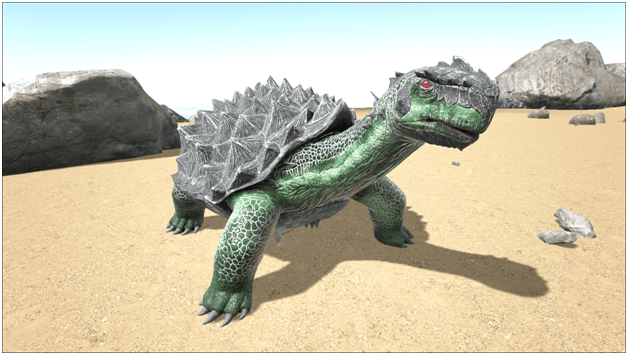 The Carbonemys Obibimusis a herbivore from the Danian time period that has a rather defensive temperament.

Resembling what appears to be a turtle, the Carbonemys is slow on land while a bit faster in the water and remains somewhat safe most of the time due to its hard shell.

These creatures are usually seen wandering areas near water, mainly beaches where they tend to traverse both land and water.

A Carbonemys will pretty much ignore survivors and just continue along their way but in the event that they are attacked, they will attempt to fight back.

Carbonemys make good transport across the water due to their moderate amount of health but other tribes utilize them for their hard shells in raids since they can soak a good amount of damage. 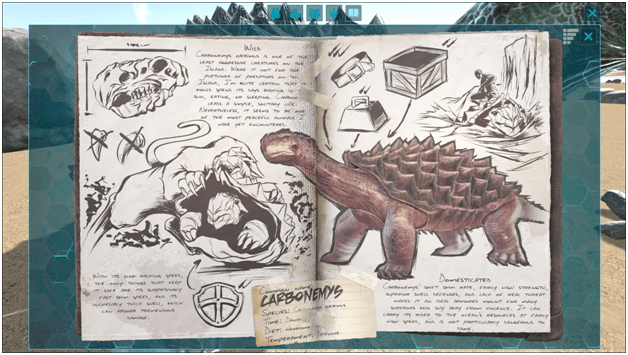 While Carbonemys are not aggressive creatures, they do tend to attempt to fend for themselves and those of the same species when threatened.

These creatures are targeted due to their slow speed and remain safe mainly due to their protective shell although this doesn’t always ensure their survival against stronger creatures.

The Carbonemys is faster in the water than it is on land and with its strong shell it can be used tame underwater creatures that later on can protect or even replace it.

Since the Carbonemys has a moderate amount of health and a natural damage resistance, it can more damage than other creatures and be used to block the front lines when enemies are attacking.

Along with a strong saddle or with a high health stat allocation, the Carbonemys can be used to soak enemy turrets to drain their bullets due to its hard shell.

Due to the survivability provided by its health and hard shell, these creatures last quite long against enemies in the water and can tank them when taming. 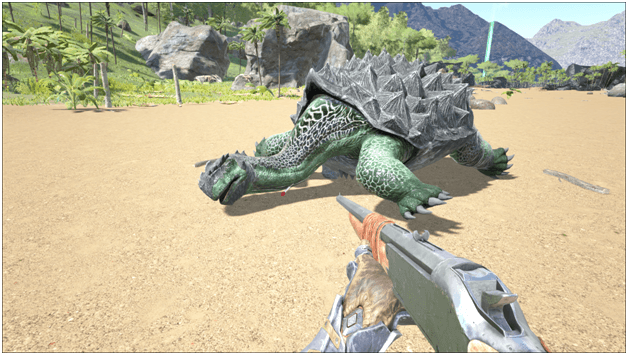 It is easy to tame a Carbonemys since it is slow and it is best to lure it to land to make use of this advantage, allowing you to knock it out with slingshots or tranquilizer arrows.

Lower level survivors may have a hard time knocking it out and should attempt to either team up on it if using weaker torpor weapons. 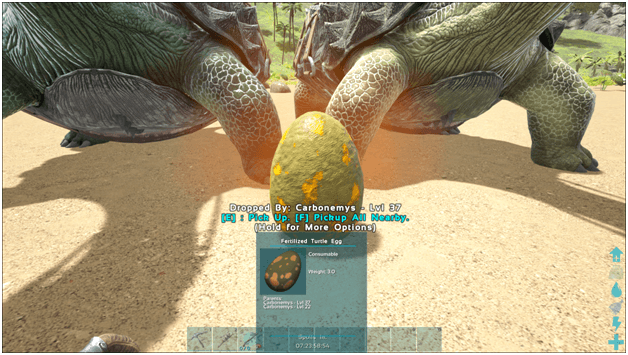 Two Carbonemys of the opposite gender can mate, resulting in the female dropping a Fertilized Carbonemys egg that is greenish in color with orange spots. 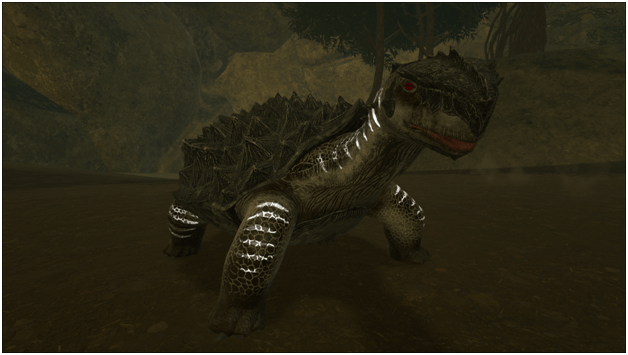 The Aberrant Carbonemys can be located in the Aberration and Valguero maps.

Carbonemys can usually be walking near water or swimming in it near beaches or ponds.

Maps where the Carbonemys spawns:

The following are spawn maps where the Carbonemys can be found 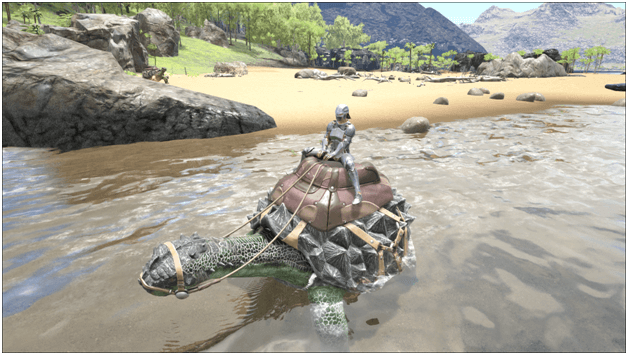 Carbonemys are not the best choice when it comes to scouting on land but in the water, they are pretty decent and make good early starting mounts when first exploring.

Usually used as a distraction, Carbonemys can tank damage from enemies while other tribe members or creatures close in to attack.

These creatures are known to be one of the early raiding tames due to the ability they have to soak damage and are used by tribes often when raiding opposing tribes.