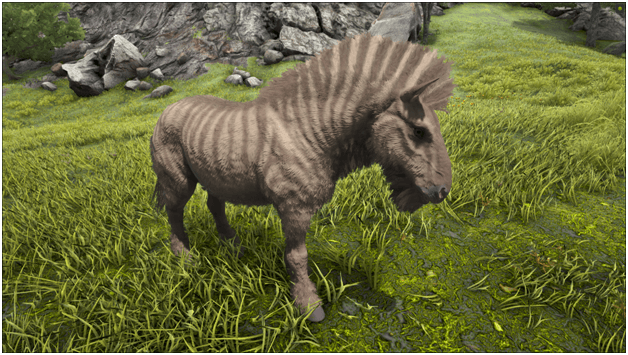 The Equus Magnus is a herbivore from the Pleistocene period which resembles a horse and has a loyal temperament.

Equus can be found in highlands or areas where there is clear and unobstructed view as these creatures love to roam around freely, safely and unhindered by anything.

These creatures do not attempt to attack when approach by survivors but will run away the moment one gets too near.

A tamed Equus can be a survivors best friend as it can get them through a lot during their early stages when starting out. 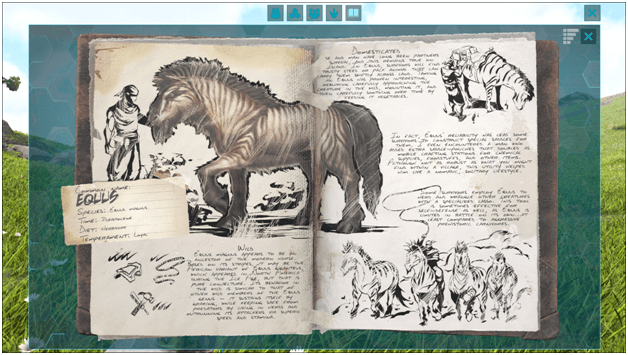 Equus keep clear of predators whenever they can and will attempt to outrun them the moment, they feel threatened which keeps itself sustained.

Although an Equus may be a bit of a challenge for some due to the different process it takes, these creatures are capable of becoming some of the most loyal steeds a survivor can get.

An Equus may not be the best means when it comes to transporting a lot of equipment but it does have the storage capacity to carry most of a survivor needs and it may have a special saddle which turns it somewhat into a mobile crafting station.

Using an Equus grants the survivor the ability to effectively use a Lasso due to the special saddle which they can make use of for capturing and dragging creatures. 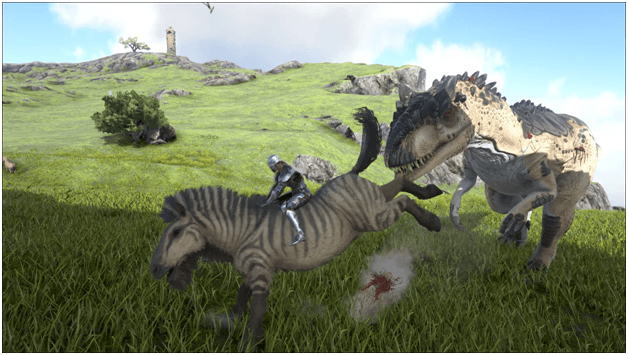 The Equus does a powerful kick with its hindlegs which deals damage and inflicts torpor on enemies, capable of knocking out players, tames and wild creatures. 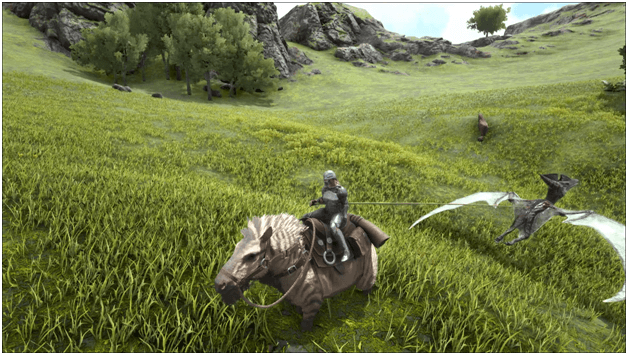 Being on an Equus allows you to use the Lasso weapon which allows you to throw a long rope to capture a creature or survivor and drag them with your Equus.

The Lasso can be crafted in the Equus’ inventory.

The Equus is quick and can travel a long distance without getting tired easily, making it capable of moving around areas to get a quick look around.

With a Lasso, survivors can capture anything they deem worth taking back to their tribe or base.

Most survivors do not have any good means of collecting from bushes which make the Equus useful as its attacks can gather berries and seeds from them.

Since the Equus allows survivors to use the Lasso, wild creatures may be dragged back to a trap or can be held on with the Lasso.

The Equus’ Buck Kick can knock creatures out due to the torpor it inflicts and the speed at rate it can be used.

How to Tame Equus? 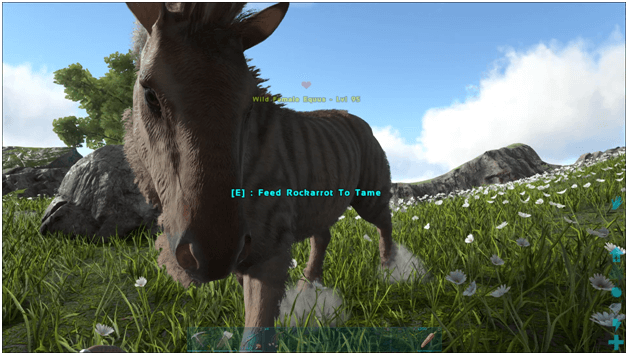 Equus are not tamed like other creatures and must go a process which is considered “breaking the horse” in order to calm it down and ride it properly, more so to tame it.

Place a Rockkarot or Simple Kibble in your last item slot (be sure to have plenty) and approach the Equus where you will soon be able to feed it.

Feed it the item by pressing what is prompted and move up close in order to ride it but keep in mind that the moment you get too close to an Equus, it will run which means you should ride it as soon as you can. 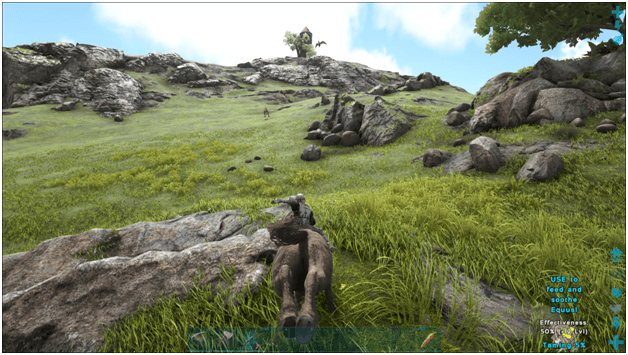 The Equus will begin to run around in random directions and after a period of time it will do a Buck Kick, stopping and trying to knock you off.

Press the prompted button/key in order to feed it once more and it will continue to run, repeating the process which you must also cope with in order to tame it.

A saddle is not required to ride the Equus but it does provide armor and allow the crafting of the Lasso which makes it recommended. 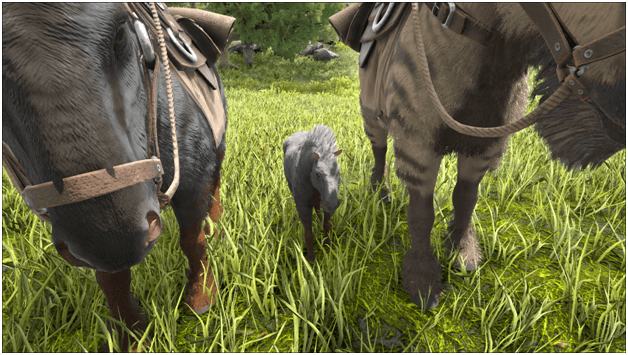 A baby Equus will be born from the female Equus after gestation which occurs after two of the opposite gender have mated. 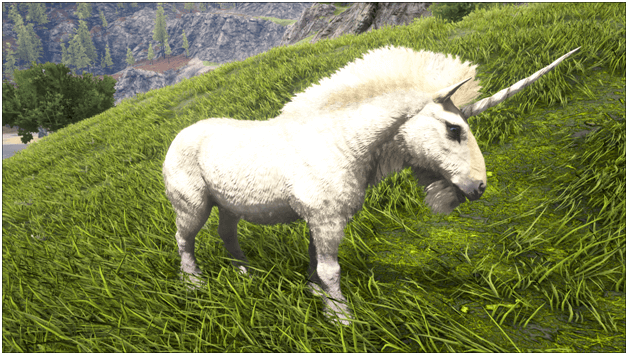 A Unicorn will spawn in maps where there are Equus but only one can be alive at a time, making it a rare find.

Aberrant Equus may be found in the Aberration and Valguero maps.

Equus can usually be found wandering in different locations on different maps, mainly in forests and jungles.

Maps where the Equus spawns:

The following are spawn maps where the Equus can be found 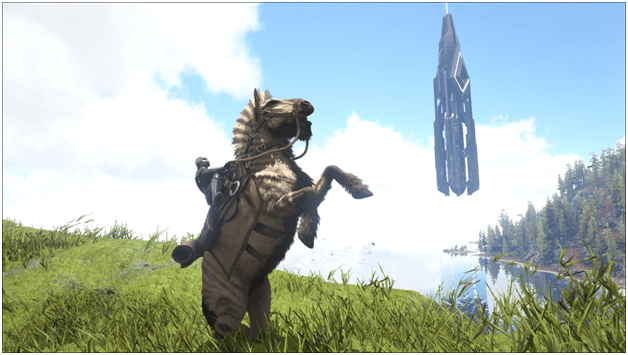 An Equus is a top choice for tribes that wish to collect an abundant supply as metal as well other resources such as crystal, obsidian, rock and flint with the addition of also being able to carry a large load, especially metal ore.

The Equus can hold its own in a battle as it can knock enemies back along with dealing damage to those unfortunate enough to get within range of its tail attacks.

When it comes to defense, an Equus is not a first choice but it does to its part when under attack but its main use is more focused on the gathering of metal ore.