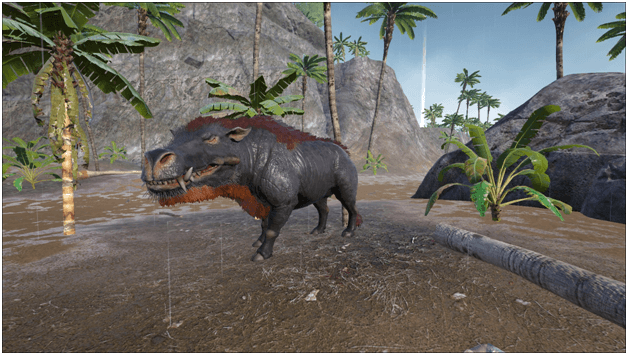 The Daeodon Comentis is a territorial carnivore that resembles a warthog which appeared during the late Oligocene epoch.

The Daeodon has a large maw which it uses for fighting as well as eating the large quantities of meat that it needs to replenish its health..

In the wild these creatures usually roam around attacking smaller creatures and when in groups, they heal each other if any part of their group gets hurt in any encounter.

Being a Territorial animal they will attack even if  unprovoked and will chase their target.

When a tribe has domesticated a Ddaeodon, it becomes a valuable addition to them due to its ability to heal other tames and even provide feces for making fertilizer. 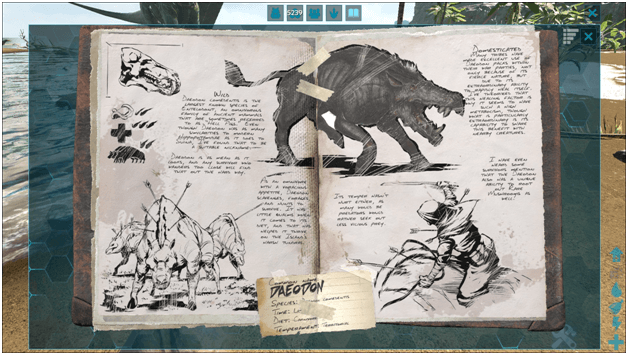 The Daeodon is the largest species of entelodont, even though it is a part of a group of ancient omnivorous mammals it is strictly a carnivore getting the nickname, Hell Pigs.

Many survivors have reported that these creatures are very aggressive and will relentlessly attack anything with a pulse that enters their territory.

It has been said that these creatures make excellent members of any tribe due to its ability to tap into its metabolism and heal other creatures in its vicinity which in turn makes the already gluttonous Daeodon very hungry, very quickly. 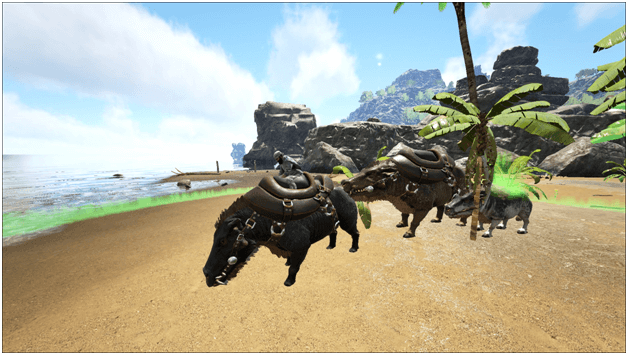 The Daeodon can heal any tamed creatures in the area which consumes a certain amount of its food reserves to use this ability.

Careful when toggling this ability to passively heal because when there is a baby creature in its area,it will try to heal it, consuming its food and sooner or later it will be emptying out the trough.

The Daeodon’s unique ability to heal other tamed creatures is a valuable asset in any tribe may it be raiding, hunting and boss battles.

When the Daeodon uses its ability to heal it produces a huge amount of poop in the process as it digests its food reserves.

Not only is the Daedon just a healer, it can also fairly defend itself and defend other creatures while healing them.

The Daedon has a fair amount of health and can be shot from when mounted, allowing the rider to safely tame other creatures and in the events that the Daeodon takes damage, it can heal itself.

The Daedon has the ability to gather special resources in huge amounts which are Sap from cactuses and Rare Mushrooms from rare mushroom carrying plants. 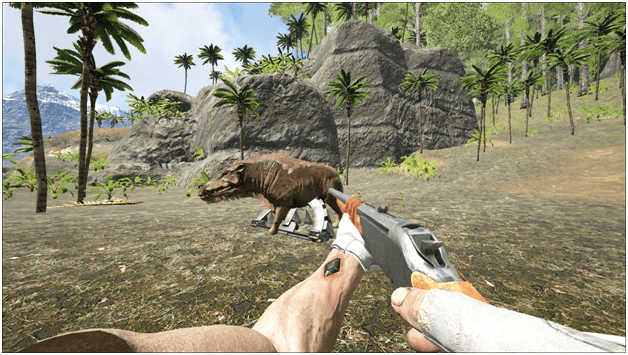 It is Better to use a ranged torpor weapon for taming a Daeodon or to use a mount that can inflict torpor.

Using a Bola is a very efficient way to disable the Daeodon’s movement so you can begin the taming process..

Aiming for the Daeodon’s chin will deal extra damage and will make knocking it out faster. 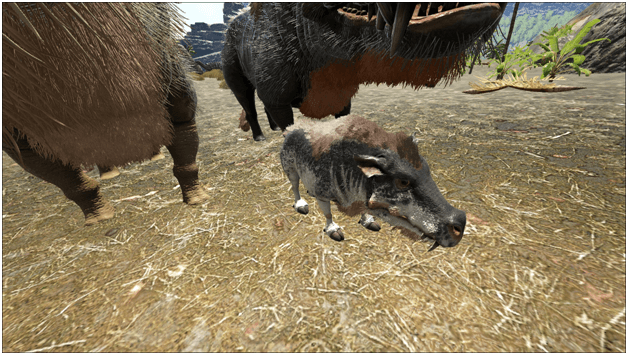 Since they are Mammals the female will gestate after mating and will conceive a baby Daeodon.

Daeodon are usually found in the tundras and coastal areas where it can have a lot of space.

Maps where there are Daeodon:

The following are spawn maps where the Daeodon can be found 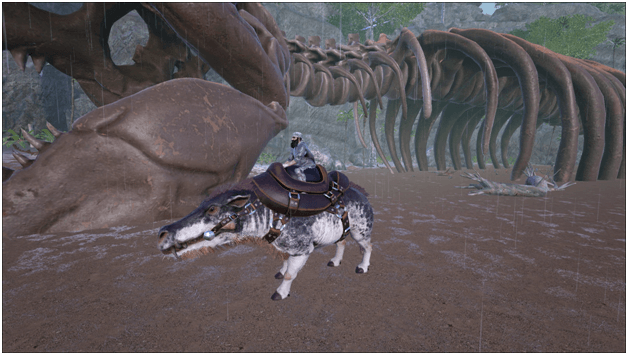 The Daeodon is probably not the prettiest mount out there, but it is certainly a must have mount in any tribe because of its ability to heal other tamed creatures which makes it an asset once tamed.

It has a presence in a tribe that usually deter other tribes from attacking, because the Daeodon can maintain skirmishers topped up with health.

As long as you have a good supply of meat, the Daeodon will happily help all your tames nearby by restoring their health.