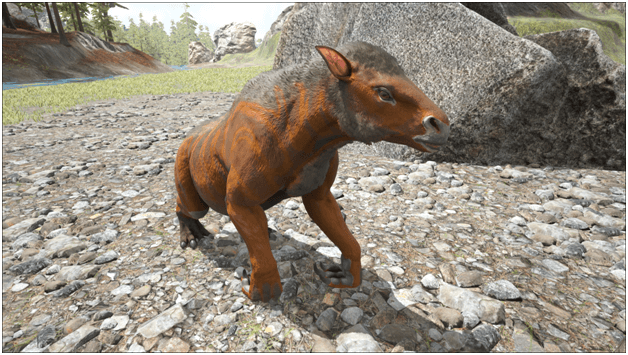 This beast is very bulky and muscular in form and appears to have a resemblance to a horse.

In the wild, these beasts are quite territorial but not as aggressive as other creatures of the land.

These creatures do not attack right away but if anything in its territory lingers for too long, expect that rocks will be flying at them.

As observed, tribes use these beasts to hurl large boulders at opposing tribes during fights or when defending a location. 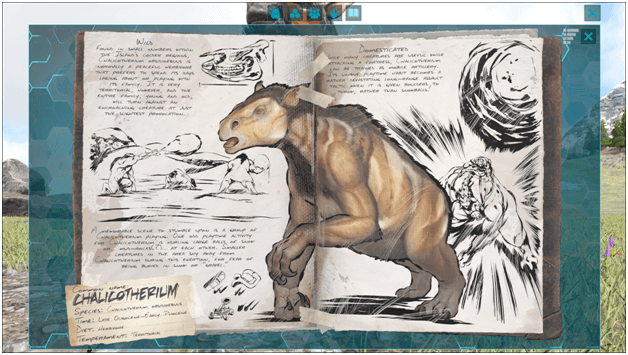 Found in colder climates, these creatures are rather docile given that their space is not invaded.

The Chalicotherium shows off its impressive strength by throwing large mud or snow balls with ease at its enemies.

Usually they can be used as mobile artillery by using their strength to throw large boulders at its enemies from platforms or siege towers. 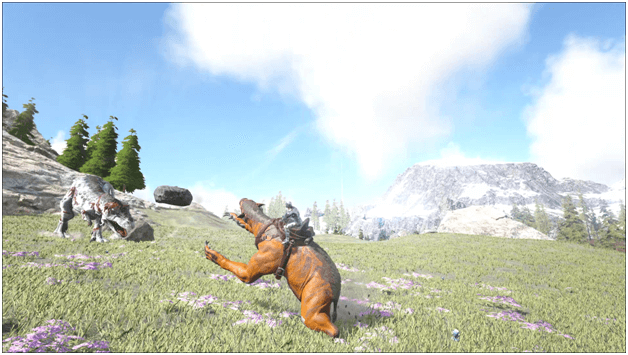 The Chalicotherium rips large rocks off the ground and chucks them at the enemy, damaging enemies that it collides with. 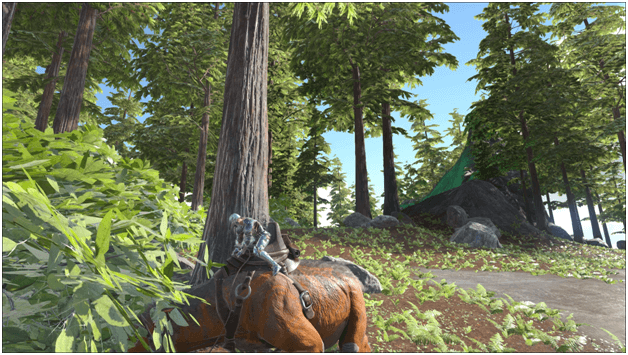 The Chalicotherium can use its bite to efficiently collect berries and seeds from bushes and other plants.

Due to its strength and fortitude, it can get in range even while under fire, then lob large boulders at enemy dino’s or structures. (cannot damage Metal or above)

Setting it in this mode allows it to automatically use its Throw Boulder ability as it guards a specific location from intruders or assailants..

Able to take a lot of punishment and dish it out at the same time, it can be a helpful mount when it comes to taming and raids due to being able to use a ranged weapon while riding.

The Chalicotherium is capable of harvesting a substantial amount of berries that can reduce the need for players to handpick them on their own. 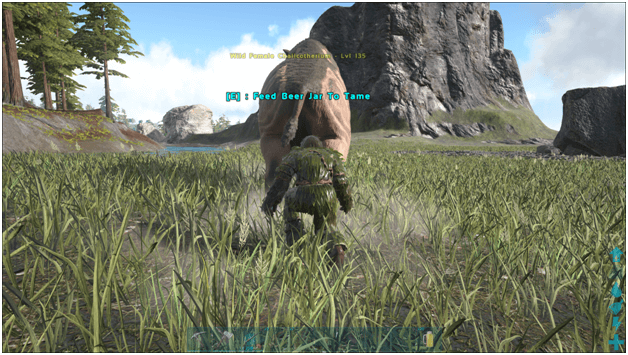 A Chalicotherium is tamed passively and you will need a couple of items a Ghillie Suit (Ghillie Armor set) and beer. You can use stimberries instead of beer but it is less efficient and would take much more time.

It would be best to go behind the wild Chalicotherium to give it a beer so that it will not collide with you when it walks since this can trigger aggression.

If you aggro the Chalicotherium or it gets aggroed by wild creatures, this can halt the taming process.

Continue to do this until it’s taming bar is filled. 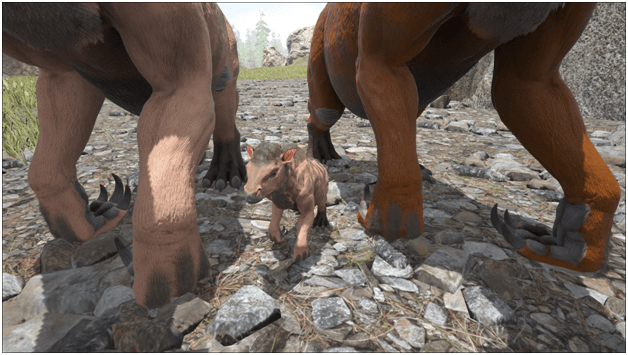 Chalicotherium can be found in the tundras or in usually isolated locations like islets in the map or redwood forests.

Maps where there are Chalicotherium:

The following are spawn maps where the Chalicotherium can be found 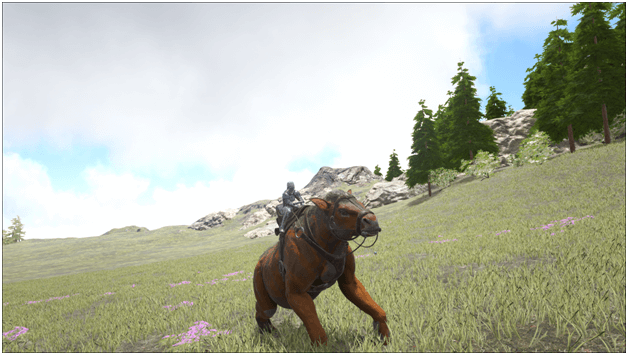 The Chalicotherium is a versatile mount to have due to its ability to deal damage and take it, making it more than capable of protecting its owner.

It can protect you or defend your base in Turret Mode by throwing boulders at enemies that get within range, dealing large amounts of damage and even killing them.

Best above all, you can always enjoy beer, with your Chalicotherium beer buddy every now and then.

How to Make Fria Curry in ARK