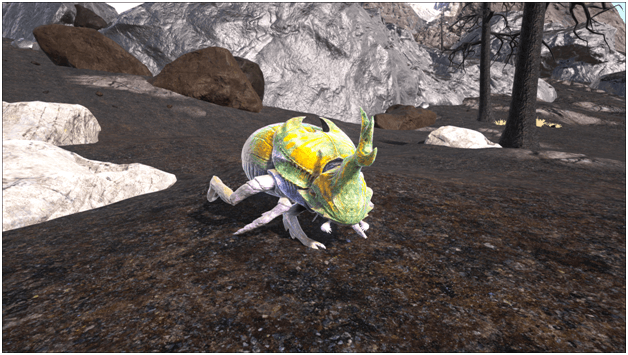 The Scarabidae Gigas is a coprophagic insect from the Holocene epoch that has a passive temperament.

Dung Beetles are one of the strangest creatures found in the Ark and are surprisingly larger than most insects one could come across.

These insects will be seen wandering around peacefully but do become targeted by other predators and due to its responsive nature, it will attempt to fight back whenever it or any other Dung Beetles are threatened.

A Dung Beetle will not necessarily attack humans but in the event that they get too close, annoying or show any sign of threat towards a Dung Beetle or its fellow insect, they do attempt to attack.

Survivors have found ways to tame these insects and use their ability to convert feces into Fertilizer and Oil as an advantage and resource, making it very useful for those who wish to grow crops. 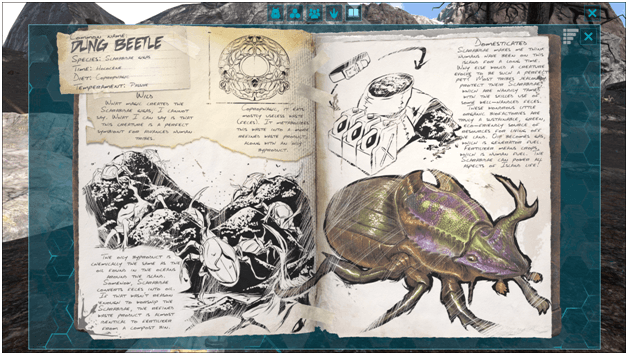 Considered to be a creature for advanced tribes due to their ability to aid with cultivation which survivors utilize for growing crops that they harvest.

For some reason, the Dung Beetle is capable of converting feces into not only fertilizer but an oily byproduct which is also found in the oceans that survivors may utilize for crafting.

Most survivors do not understand that the Dung Beetle has a lot to offer such as its fertilizer for the crops they use to make strong narcotics or for their delicious recipes and the oil for crafting and even conversion into gas. 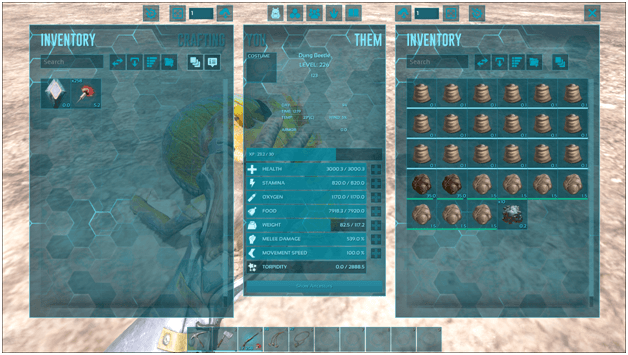 A Dung Beetle is capable of producing Fertilizer for crops and oil as a temporary source if it is unavailable near players.

Leaving feces in its inventory will eventually cause it to consume it and later on produce the Oil and Fertilizer based on the size of the feces.

At the simple cost of the feces of different creatures, Dung Beetles are capable of providing a substantial amount of Fertilizer to be used for crops and extra oil for crafting purposes.

How to Tame Dung Beetle? 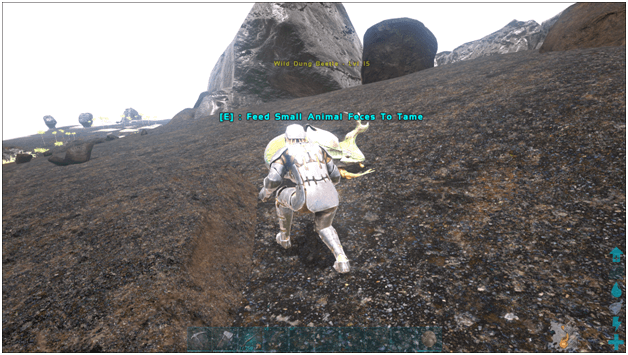 Dung Beetles are passive tames and can easily be fed feces once equipped in the last slot of your inventory.

Simply move up to the Dung Beetle but avoid getting too close that you collide with it as this can turn it aggressive towards you.

When you are near the Dung Beetle feed it the feces (the larger the feces, the faster it gets tamed) and repeat until it is tamed.

Like any insect, the Dung Beetle is easily squashed (killed) by anything and therefore it obviously can’t be ridden but they still can be picked up by survivors and tames.

Dung Beetles cannot breed and in the event that several are needed, taming more would be the best choice. 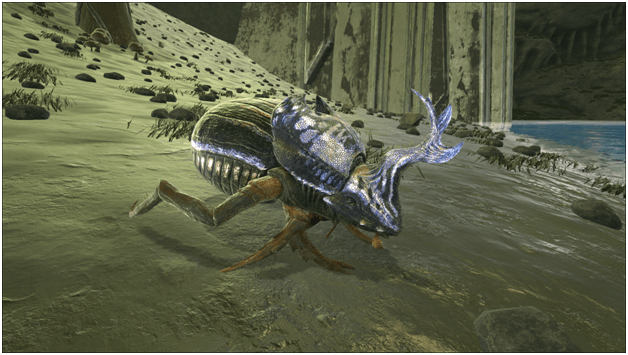 The Aberrant Dung Beetle can only be found in the Aberration map.

Maps where the Dung Beetle spawns: 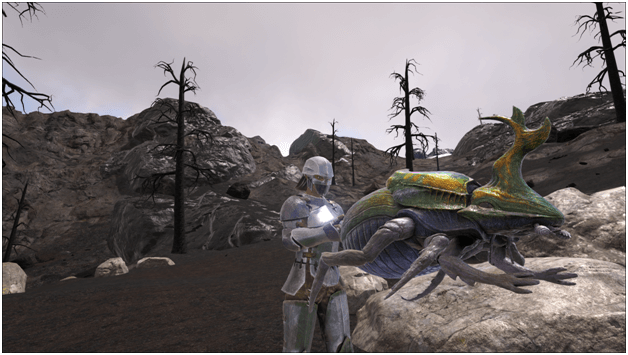 Dung Beetles may not be the best tames to have in a tribe unless one plans to grow crops and they do well as a replacement for compost bins or help a lot as an addition.

These insects are very slow and do not provide much offense aside from the knockback which may be helpful if they get up close to enemies who are sneaking around to knock them back and possibly put them in turret range.

If you aim to farm a lot of crops and even maintain a base with Plant Species in or around it, a Dung Beetle is definitely a good choice for a tame to be kept away in your base.